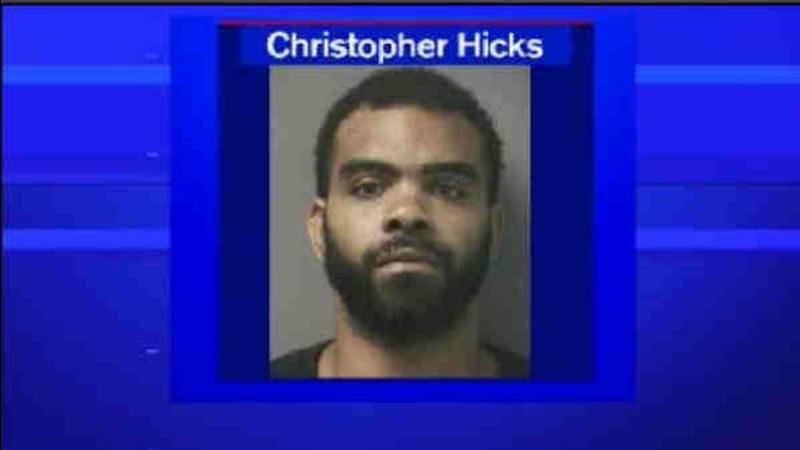 VALLEY STREAM, Long Island -- Police say a 32-year-old man caused thousands of dollars in damage to a car and fired gunshots into a Long Island auto repair business after being fired from his job.

Nassau County detectives say Christopher Hicks became enraged after he was fired Monday afternoon at County Truck and Auto in Valley Stream. Police say he picked up a muffler and car battery and threw them through the back windshield of a vehicle, causing about $3,000 in damage.

Officials say he then went to his car, got a handgun and fired two shots into the open bay doors, where several employees were working.

Luckily, no one was injured.

"(He) took out the gun and said, 'You think I'm playing?'" employee Winston Lawrence said. "I was doing my work, so after that, I looked around, and there was a gun in his hand. Bang! Looking at him, face to face. And he fired another shot...I was looking right at him, with the gun in his hand, and he fired...Because of God, that's why I'm here today in the land of the living."

Hicks fled the scene in his vehicle, but he was arrested a short time later at his Valley Stream home.

He is now charged with attempted assault, reckless endangerment and criminal possession of a weapon, and he has been hit with multiple restraining orders.

Hicks' former boss said he worked at the business for only about two weeks, and that he couldn't do the job well enough to stay employed there.