"At the end of the day, people don't understand what we are going through," Biles told reporters.

TOKYO -- Two days before returning to the competition floor at the Olympics, Simone Biles revealed to reporters that her aunt suddenly died.

The heartbreaking family tragedy added to the obstacles Biles faced at the Summer Games.

The "G.O.A.T" withdrew from the women's team competition a week earlier due to a case of the "twisties."

The "twisties" are a mysterious phenomenon -- suddenly a gymnast is no longer able to do a twisting skill they've done thousands of times before. Your body just won't cooperate, your brain loses track of where you are in the air. You find out where the ground is when you slam into it.

RELATED: Simone Biles and 'the twisties': How fear affects the mental health and physical safety of gymnasts

"At the end of the day, people don't understand what we are going through," Biles told Olympic reporters. "Two days ago, I woke up and my aunt unexpectedly passed, and it wasn't any easier being here at the Olympic Games."

After withdrawing from the team competition, Biles later withdrew from the rest of the remaining events, except for the balance beam, in order to focus on her mental health.

"Definitely bringing a light to the conversation of mental health, it's something that people go through a lot that is kind of pushed under the rug," Biles told reporters when she was asked whether an Olympic medal or the conversation she has helped start in Tokyo was more important. "I feel like we're not just entertainment, we're humans, as well, and we have feelings."

Biles is leaving the Summer Games a seven-time Olympic medalist after she won bronze in the women's balance beam final.

In an Instagram post Tuesday, Biles said it was not how she imagined or dreamed her second Olympics would go, but she's "blessed to represent the USA." 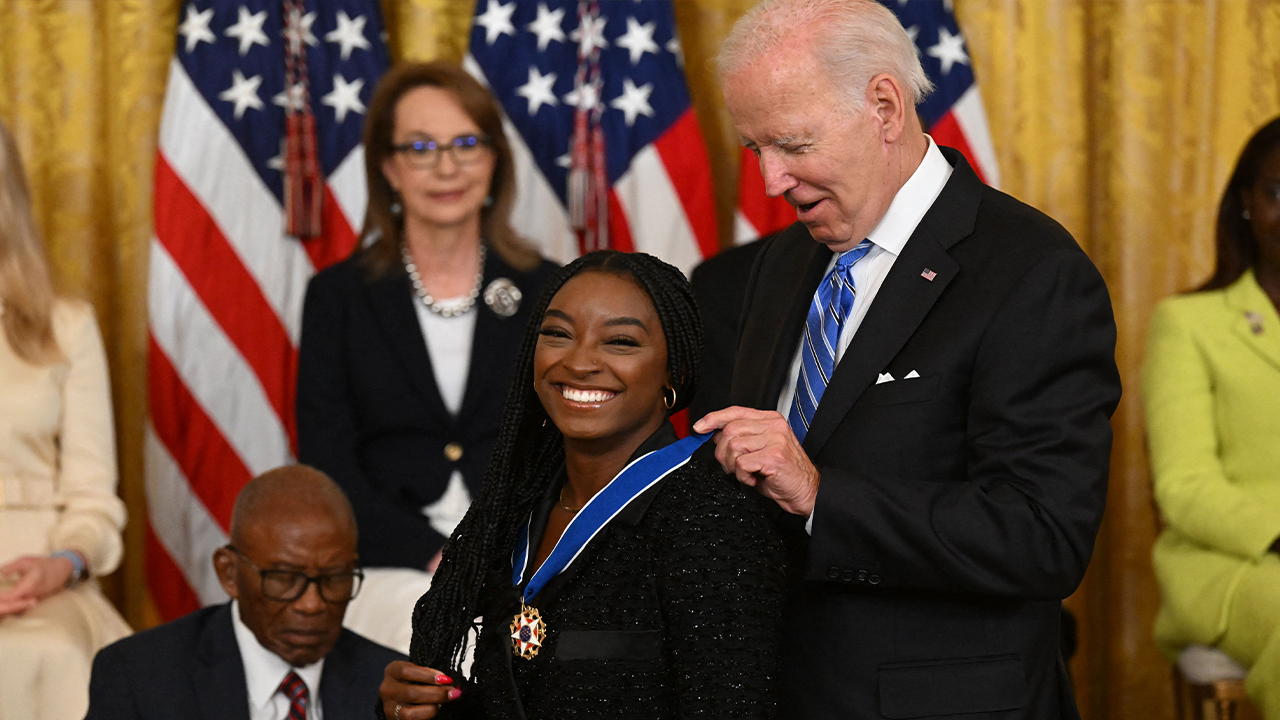 Biden honors 17 people with the Medal of Freedom 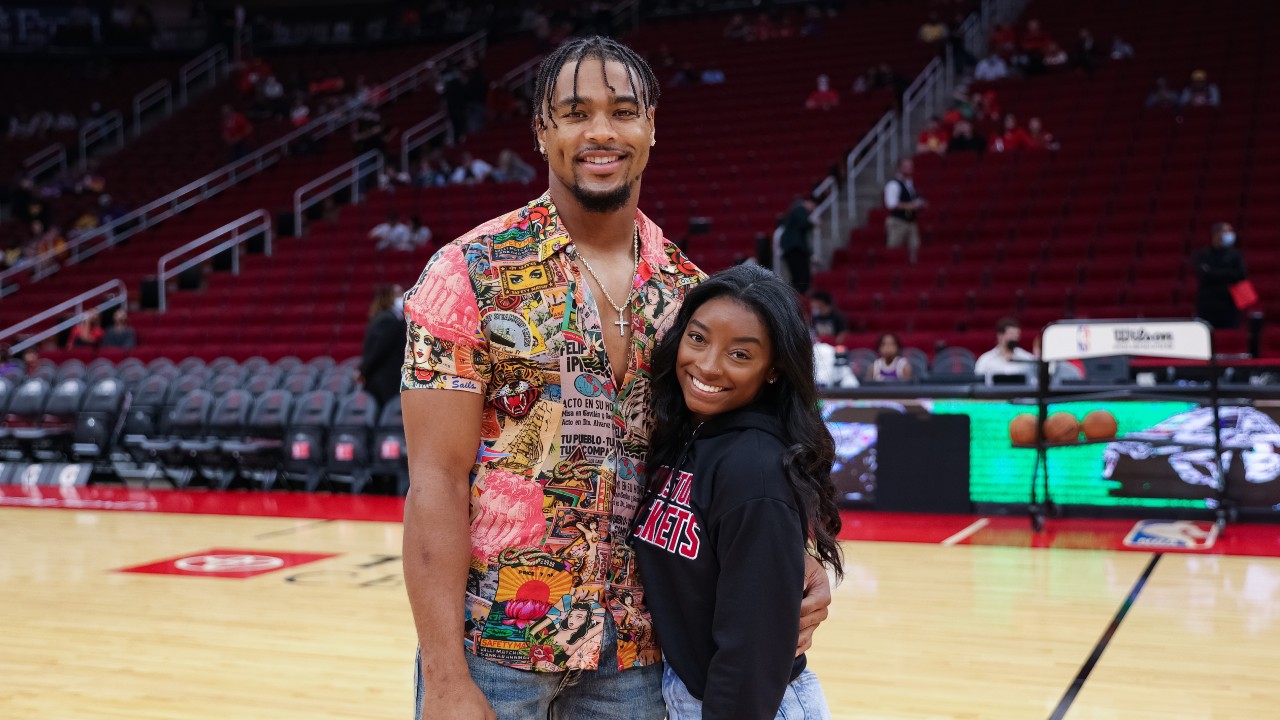 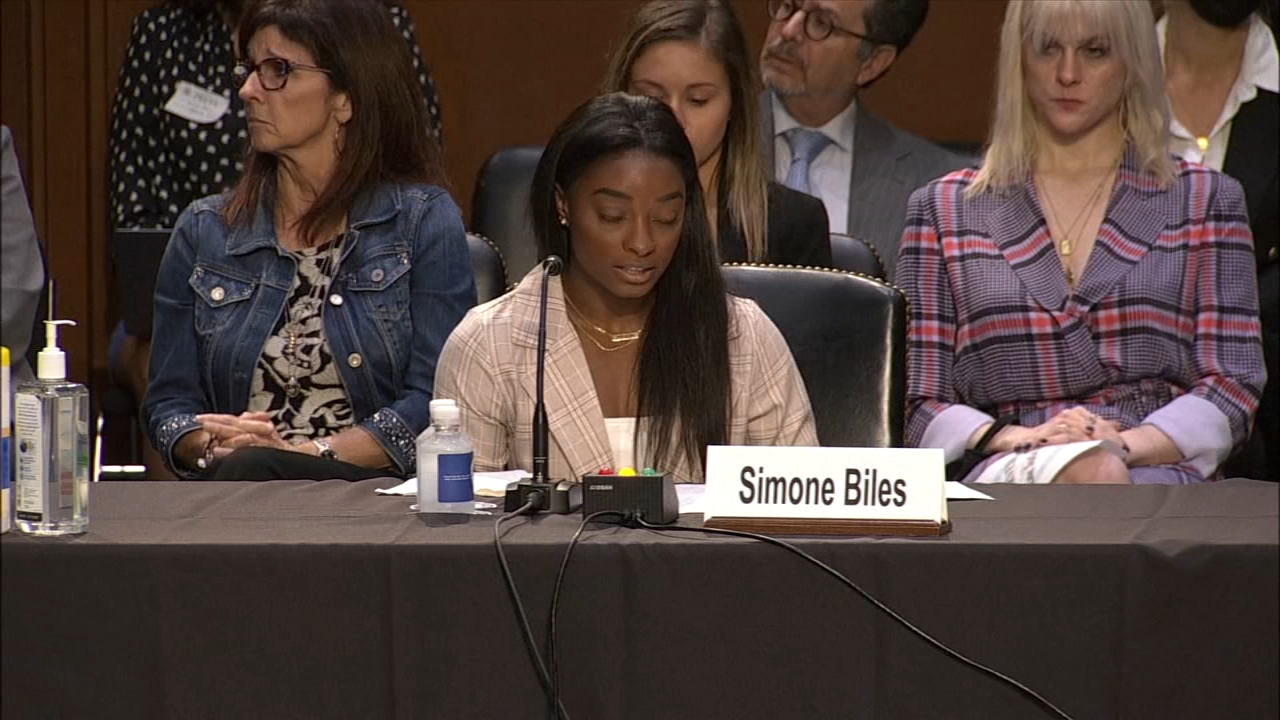 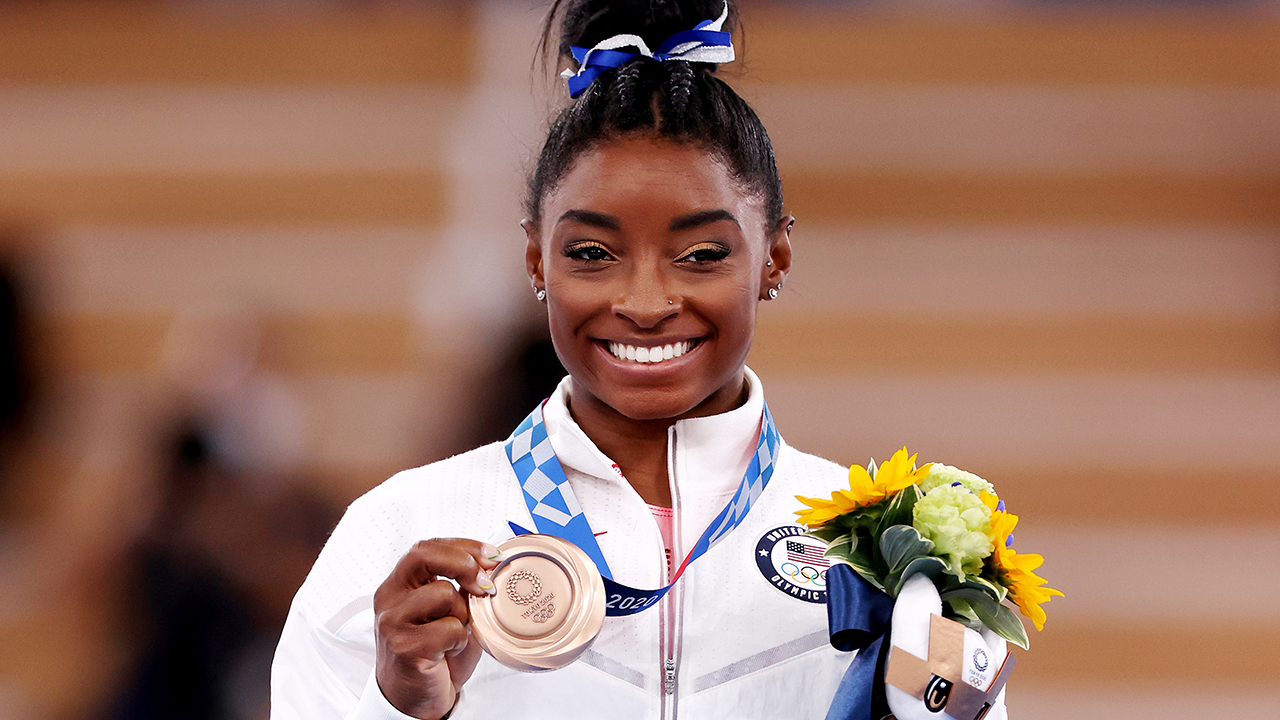 What's next for Simone Biles after Tokyo?