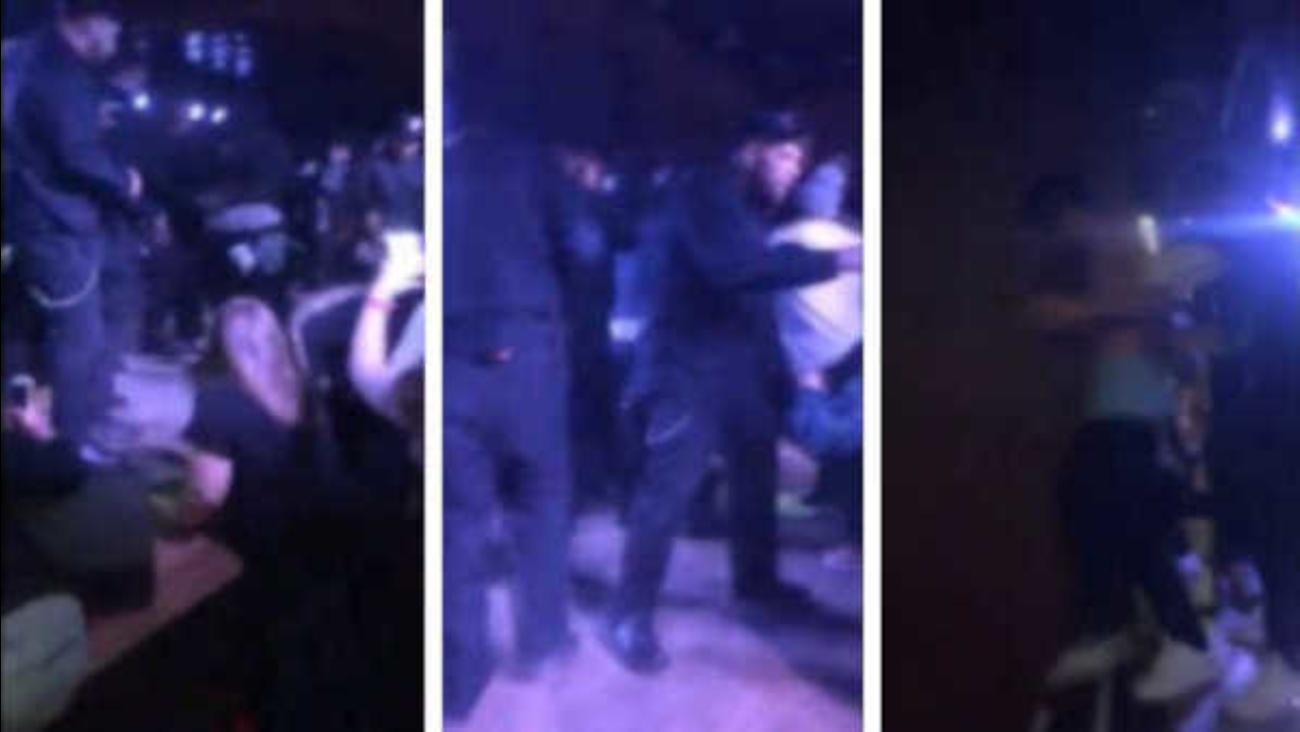 EAST VILLAGE, Manhattan (WABC) -- A melee at Webster Hall on Saturday night during a performance by rapper 'Skate', caused a social media firestorm.

Apparently it all started with a fight between two fans. A security guard attempted to break the fight up, but Skate thought he was choking one of the fans.

Never would I have wanted this for my fans. I show nothing but love and peace to everyone I encounter. Tonight the devil was against us.

But God has a plan for each and every one of us. Sometimes people's egos get in the way of things. I did nothing to anyone of the security

My whole team got assaulted buy them and that's it. I'm just most sad and upset that yall had to expierence that. And also miss the show

Security has no right to assault me nor my family. I will die for them. Once again I have nothing but love for every single NYC fan

Sad a sold out show had to end like that. It's love for my family and my fans to the death. We ride together. One love.

Fans and other performers took to Twitter to express their outrage over what happened:

@WebsterHall I like how you think "not having tasers" is going to help you out. YOUR STAFF STILL JUMPED AN ARTIST ON STAGE

@WebsterHall safety of your guests?? Are performers like @skatemaloley and his squad not considered guests? pic.twitter.com/1OlzTvaTbn

Note to self: don't perform at Webster Hall.

Following the incident, Webster Hall released a statement saying, "Saturday's incident is being fully investigated, as there are misreports about what took place. Webster Hall's staff do NOT carry tasers and are not armed. They carry strobe flashlights. The safety of all guests is always our primary focus."

Police say no arrests were made, however they did arrest a person for assault inside Webster Hall around 3 a.m. They do not believe the assault is related to this incident.