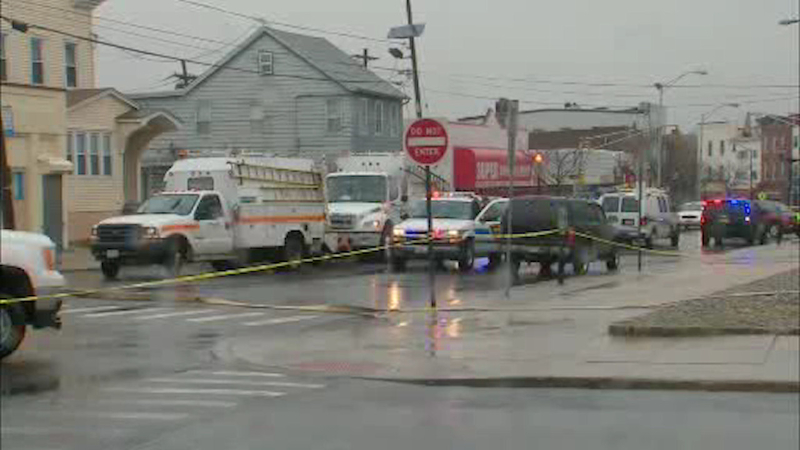 ELIZABETH, New Jersey (WABC) -- Smoke coming from two manholes in Elizabeth on Wednesday led to the evacuation of 20 buildings, but no serious injuries.

A PSE&G spokeswoman said the smoke was reported at 10:22 a.m.

"We found that salt from road snow removal leaked on the wiring and began to eat away at the insulation, affecting the underground wiring and causing it to smoke," she said.

Crews were on the scene making repairs.

"We received a call for a manhole explosion and fire, units responded," said Elizabeth Fire Chief Leathey Wurkis. "On arrival we had a second manhole explode, transmitted a second alarm."

Fire out of manholes in #Elizabeth no one hurt just smoke filling buildings.. All good. Salt corroded wires @ABC7NY pic.twitter.com/syGFOTpcJP

No customers were affected.

There was no underground fire, but a lot of smoke was visible.

The surrounding area was evacuated as a precaution, Weathey said, because carbon monoxide was entering buildings.

Power was knocked out within a block radius of the location, but was expected to be restored by late afternoon.