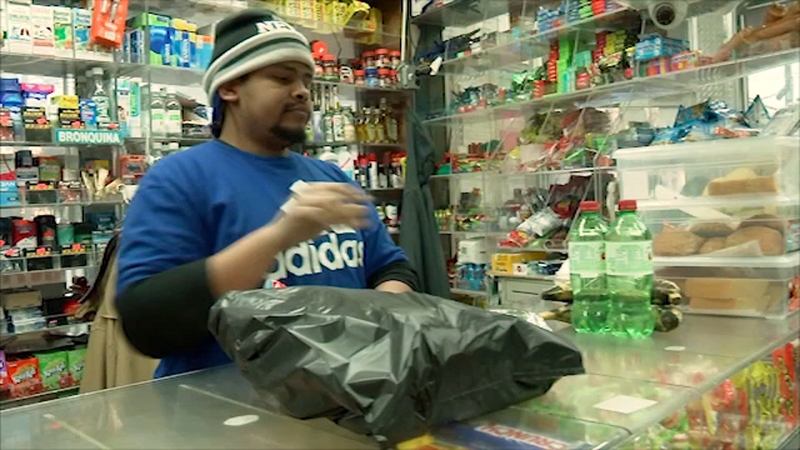 NEW YORK (WABC) -- Bodega owners want state politicians to allow them to sell marijuana in the city's 15,000 stores if legal cannabis gets the green light.

Workers at Anthony's Mini Market bodega in the Bronx know the cost illegal marijuana had on their community.

"It would be a good benefit because out of a 100, probably 90 get arrested - and not anymore," said bodega worker Max Flanders.

Bodega owners want Governor Andrew Cuomo to allow all bodegas to get a piece of the action. The governor unveiled the proposal for recreational pot last month, and it is now being debated by the legislature.

"Right now we sell cigarettes, we sell beer - we are highly regulated. There is no reason why we cannot be included in the packaging, distribution and sale of marijuana," Mateo added.

The governor's proposal would issue separate licenses to producers, distributors and retailers, preventing one entity to control the entire process from seed to sale.

Small business advocates say it is precisely what will prevent big corporations from muscling out mom and pop operations.

There is also the issue of how accessible lawmakers want to make recreational cannabis.

Some parents in the Bronx think bodegas should stick to what they are doing.

"I think it's a bad idea, because if you're selling weed, you might sell it to younger kids, and that's definitely not a good thing," says Earl Thompson.

The bodega worker Eyewitness News spoke to mentioned a potential downside to selling marijuana. He says it would turn bodegas into targets of robbery.

A deal on legalized pot is expected to be reached some time before April.