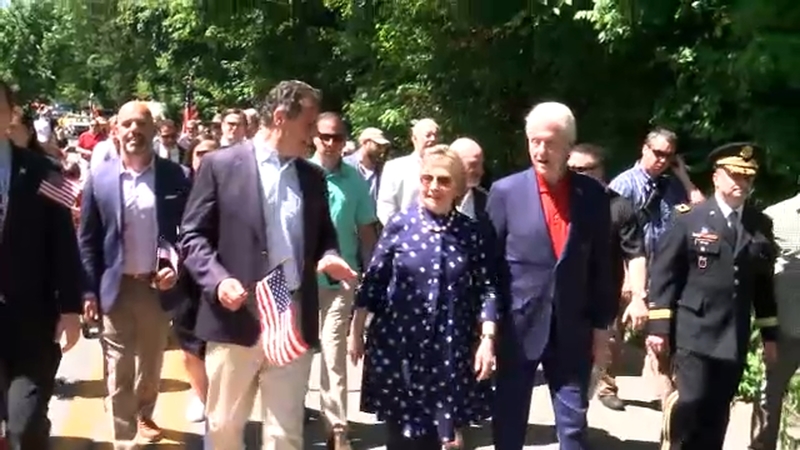 During their 19 years as Chappaqua residents, the Clintons have marched in the annual Memorial Day Parade 18 times. Cuomo, who lives just one town away, joined them for the march down King Street.

"It means a lot to us," Bill Clinton said. "I woke up this morning and I was thinking about the four guys I grew up with and went to high school with who were killed in Vietnam."

Cuomo said there should be a respect for the men and women who are still serving and putting their lives in harm's way.

Along the parade route, spectators young and old, male and female, Democrat and Republican, honored the service of so many battlefield heroes who sacrificed their lives for the freedoms we cherish today.
"I've lost three comrades that I served with," Air Forcer Reservist Edward Blunnie said. "A lot of homage with me because I learned from them very much."

A band from a local school, Boy Scouts and Girl Scouts were among those marching alongside veterans in the parade.

There was also a post-parade picnic with food, amusements and live music.