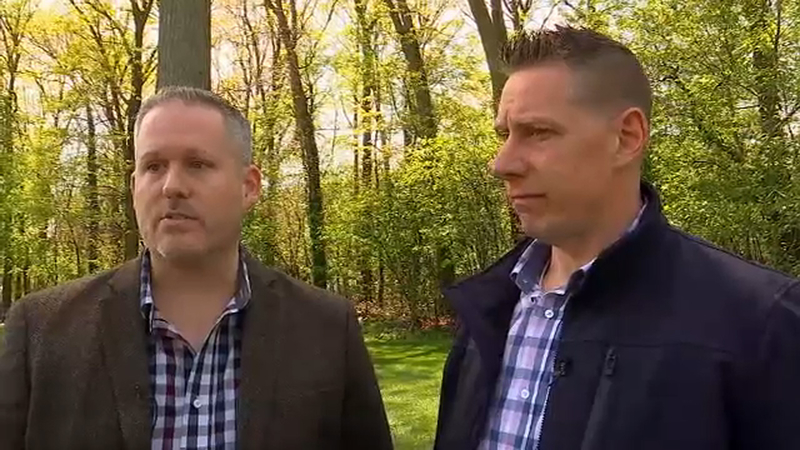 SMITHTOWN, Long Island (WABC) -- A gay couple from Long Island is taking an incident at a restaurant in which a waiter shouted a gay slur and turning it into a positive, teachable experience.

"It just has to be a teachable moment for everybody," Craig Hollid-Ausset said.

Hollid-Ausset and his husband, Marc Hollid-Ausset, said they were at Casa Rustica on West Main Street in Smithtown Friday night when a waiter called them "f----t" in Spanish as they were walking out.

The couple attempted to speak with the manager or owner of the restaurant, but no one was there, so the couple took to Facebook to air their grievance.

"We did it just to kind of create awareness and start a conversation of, can you believe this happened still in 2019 in New York?" Marc Hollid-Ausset said. "We should keep this conversation going, because clearly there's still work to be done."

The couple said the owner of the restaurant, Mimmo Gambino, called them Sunday morning to apologize.

"He was very apologetic, very understanding," Craig Hollid-Ausset said. "He said he was shocked, couldn't believe it. He had been in business for so long, and he never had any problems like this. He seemed very sincere. His apology was really heartfelt."

"We said, look, we're not trying to get people fired," Marc Hollid-Ausset said. "It's about a conversation and positive change, not negative consequences."

Eyewitness News reporter Kristin Thorne spoke with Gambino, who said he has suspended two employees and will be training them on LGBTQ issues.

He said in the 34 years he's owned the restaurant, he's never experienced an incident like this.

The restaurant's Facebook page features a long apology to the couple.

"We have numerous employees that are part of the LGBTQ community and we support them 100%," it reads. "The past couple of days have been heartbreaking for us and we feel terrible that these customers had to go through such a horrific experience in our building. No excuse for it. We promise that we will never let anything like this happen again."

The restaurant has received an onslaught of negative and hateful posts on Facebook and Yelp, but Marc and Craig Hollid-Ausset said they don't want the incident to have a negative effect on Gambino's business.

"He seems like a standup guy," Marc Hollid-Ausset said. "Seems like a family man and a hard worker."

They said the incident should serve as a message to LGBTQ individuals to stand up for themselves when they feel they have been discriminated against.

"Speak out loud, and people will be there to support you," Marc Hollid-Ausset said.