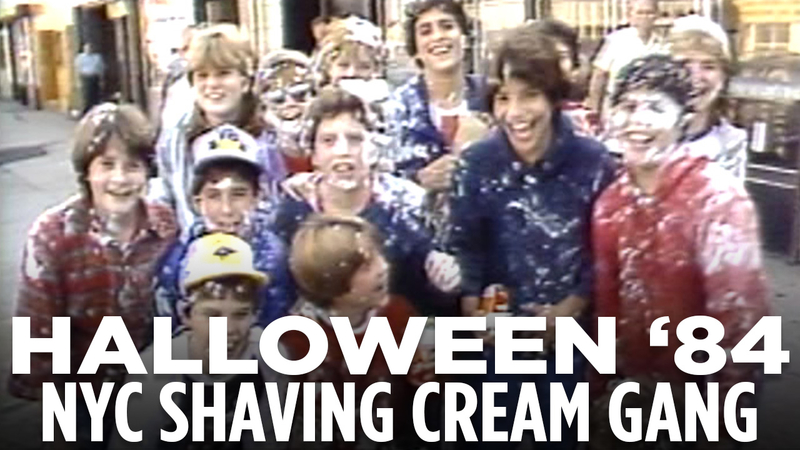 NEW YORK (WABC) -- On Oct. 31, 1984, the NYPD was ready to take on Halloween hooligans using helicopters with floodlights and cops on the beat.

WABC reporter Will Spens talked to Assistant Chief Robert Colangelo in Brooklyn, who told him that the cops were ready for shaving-cream-spreading teen gangs, cemetery-vandalizing ghouls and other mischievous characters who go bump in the Gotham night.

Explained Colangelo: "What we do is we increase the number of uniform people we have particularly around houses of workshops, cemeteries, parks. Also, we have decoys from the street crime unit who work in religious areas to combat any people that want to prey on those people."

However, that wasn't enough to stop "a roaming gang of Brooklyn shaving cream spreaders," as Spens brilliantly put it.

A group of kids spent their Halloween spraying shaving cream on each other. They proudly showed off the extra-large eggs they couldn't wait to toss.

Spens asked the kids: "Eggs! What are you going to do with eggs?"

"We are going to throw it at people," one of the kids said matter of factly.