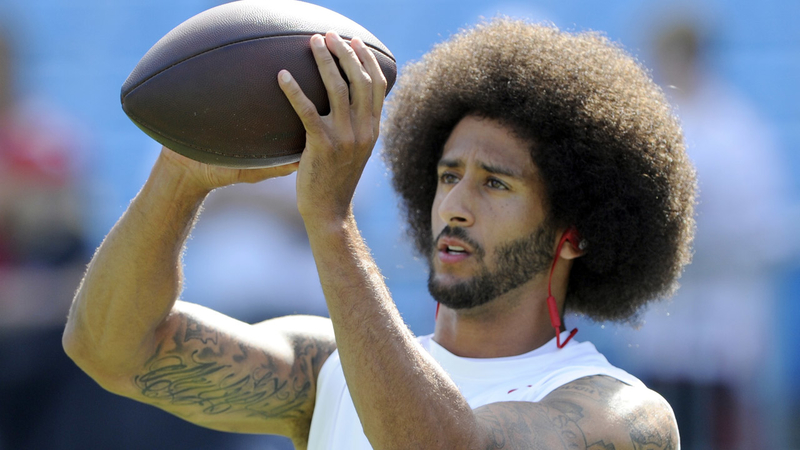 RIKERS ISLAND, New York (WABC) -- A visit by Colin Kaepernick to New York's Rikers Island jail facility for a good cause has drawn a rebuke from the union that represents city correction officers.

The president of the Correction Officers Benevolent Association said that the former San Francisco 49ers quarter back's presence at Rikers on Tuesday will only encourage inmates to attack jail guards.

"This is yet another brazen display of the hypocrisy of this mayor who pretends to support us in public, yet does everything possible to jeopardize our security in private," Elias Husamudeen, president of the Correction Officers Benevolent Association, said in a statement.

Correction Department spokesman Peter Thorne said the purpose of Kaeperick's visit was to "share a message of hope and inspiration." He spent two hours with a group of young men and their mentors.

"No cameras. No promotion. He's just helping turn around lives many people have given up on," a spokesperson for Mayor Bill de Blasio said. "He's the real deal."

The demonstration sparked a wave of protests by NFL players during the anthem that have been repeatedly denounced by President Donald Trump.