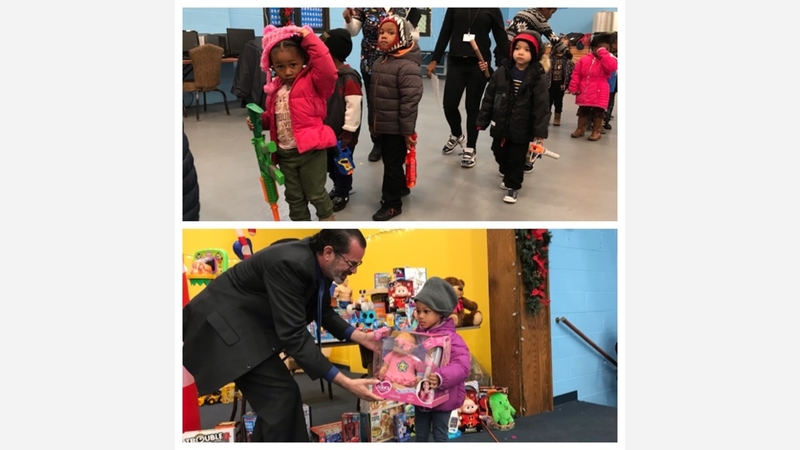 HEMPSTEAD, Long Island (WABC) -- Officials in the Village of Hempstead are offering to replace toy guns children receive this Christmas with other toys.

Kids are invited to turn in their water pistols, replica firearms and other imitation weapons for sporting goods, educational items and other toys.

Sean Acosta with the New York Toy Gun Exchange Program and a former NYPD officer bought the toys for the exchange.

"I want to make sure when you grow up nothing happens to you," Acosta told a group of Hempstead schoolchildren at the announcement of the exchange Thursday.

The village invited the approximately 50 children to Thursday's announcement at Brierly Park.

Some of the children were given toy guns so they could trade them in for the other toys being given out.

Lieutenant Derek Warner with the Hempstead Village Police Department said parents could be putting their children's lives at risk by giving them toy guns for Christmas. He said police can mistake toy guns for real guns, especially at night or in poorly lit areas.

"Toy guns can be a dangerous item to give your children," he said.

If you would like to exchange a toy gun and you live in the Village of Hempstead, call LaMont Johnson at 516-647-7862. You can also bring a toy gun for an exchange to a Christmas dinner and gift event being held for the community on Dec. 22 from 4 p.m.to 8 p.m at Brierly Park on Dartmouth Street.