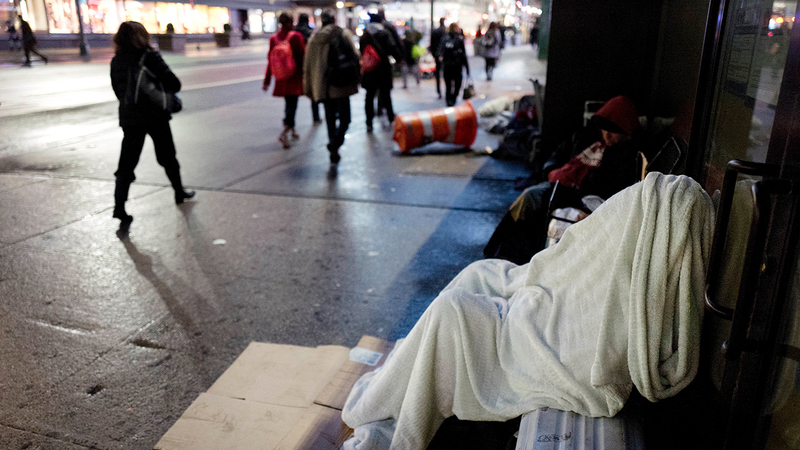 NEW YORK CITY (WABC) -- The Coalition for the Homeless says Mayor Bill de Blasio and Governor Andrew Cuomo are failing the homeless and that their policies are exacerbating the decades-long homelessness crisis.

While de Blasio's plan in 2017 projected a decrease in the shelter census of just 2,500 people by 2022, the opposite is happening, the Coalition says.

The State of the Homeless 2019 report found that the shelter census is on track to increase by 5,000 people by 2022 unless the Mayor immediately changes course and increases the number of apartments set aside for homeless New Yorkers.

The report card gives Mayor de Blasio a failing grade on his efforts to create sufficient housing for the homeless.

"New York City's homelessness crisis will not improve until the mayor uses every tool at his disposal," said Giselle Routhier, policy director for the Coalition for the Homeless. "That means devoting at least 30,000 apartments in his Housing New York 2.0 affordable housing plan for homeless New Yorkers, with at least 24,000 of those apartments to be created through new construction."

To read the full report and recommendations, please visit the Coalition for the Homeless website.

There was no immediate response from Mayor de Blasio or Governor Cuomo to the report.