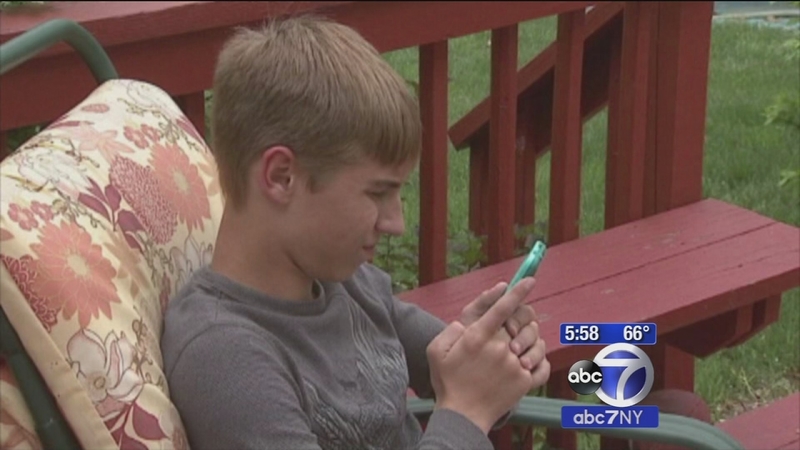 LINDEN, N.J. (WABC) -- If you've told your kids to switch off the cell phone at night, now you have some science to back you up.

A new study says teenage cell phone use at bedtime is linked to insomnia and poor school performance.

Cell phones have definitely changed how we live, keeping us connected 24/7 if we want, and the younger school-aged generation is no different.

"We have a problem. We have a problem in society in how much of a demand we're making on ourselves and our children to function more into the night than they already should," said Dr. Peter Polos, associate professor of neuroscience at Seton Hall University.

He surveyed 3,000 high school and middle school students in a New Jersey school district and found, we've got some sleepy kids.

"We're having a generation of children who we think are sleep-deprived for reasons that are sometimes beyond their control, societal, but also within their control, with the use of electronic media," said Polos.

Wouldn't it be great to hear more like this?

"I do basketball, I work out in the morning and I get enough sleep," said 9th-grader Jasmine Odom. "Eight hours?", we asked. "Yes ma'am," she said.

"Are you getting eight hours of sleep a night?", we asked another student. "Yeah, sort of..I go to bed at like 10 o'clock," he said.

In the study, 62 percent of the kids say they use their smartphones after bedtime. 57 percent say they text and tweet messages while in bed, and 21 percent said they wake up if a text comes in.

"The habits these kids are getting now probably aren't going to change when they become adults because we adults are guilty of the same thing," said Polos.

So what do we do? The doctor says parents should emphasize the importance of sleep to their kids, and school districts may need to check the homework load they're putting on kids, maybe ease up a bit, if that's whats keeping them up late in the first place,