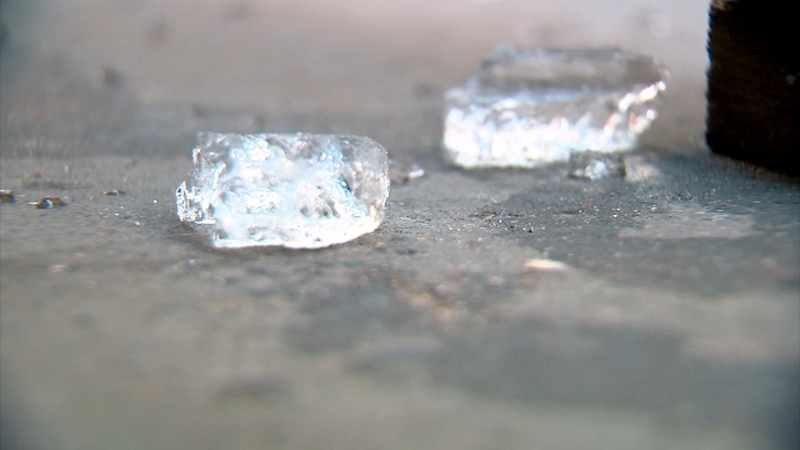 Some NYC streets closed due to ice from falling buildings

West 58th Street is closed between 7th Avenue and Broadway.

Part of 7th Avenue was closed in that same area, which is right near the new Nordstrom store.

West 57th Street is closed from 6th Avenue to Central Park South. There are additional closures in the vicinity of 6th Avenue and West 42nd Street.

Crews on the ground say ice fell from at least two high-rise buildings, with the wind carrying massive chunks all the way into Central Park two blocks away.

Parents were shielding their children from danger as the ice rained down from above.

One big chunk came crashing down on 58th Street between 7th and 8th Avenues.

"I head a loud bang and then all of a sudden I hear ice crashing onto the floor like two feet from where I was standing to my right side. So it was really scary," said Jennifer Meinsen.

"For the residents here it's a mess, it's a nightmare," said Nick Vino, a doorman at a condo on 7th Avenue. "This is home. They can't come home."

He said ice came crashing through the double paned atrium, smashing into the lobby.

Some tourists were left with no choice but to sprint across to their hotel. Others used umbrellas for protection.

Police have taken extra precautions since Tuesday, when falling debris killed a 60-year-old woman as she walked on 49th Street near 7th Avenue.

The Department of Buildings reminded all builders, contractors, and property owners to secure their properties from hazardous conditions during melting snow and ice conditions.

A 55-year-old man sustained minor cuts to the nose and lips when he was struck by falling ice at West 58th Street and Seventh Avenue Wednesday morning.