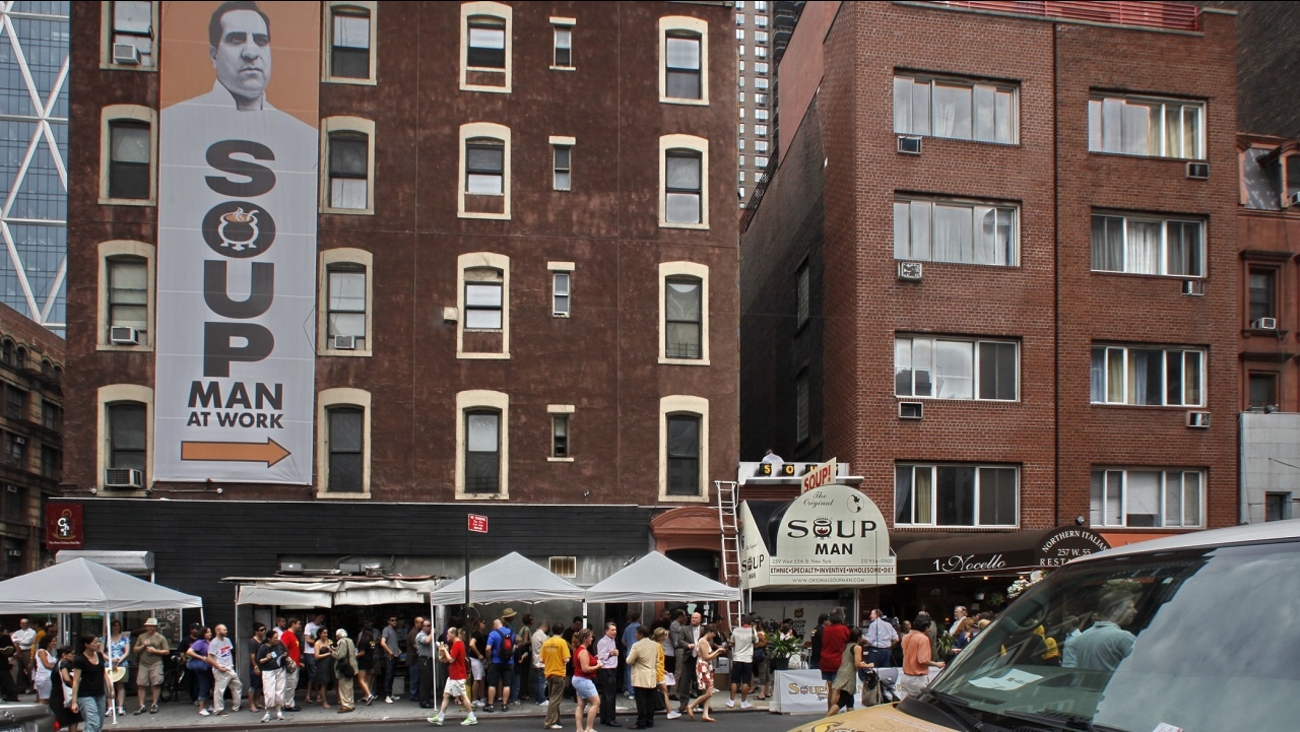 DOWNTOWN BROOKLYN, Brooklyn (WABC) -- 'No taxes for you!'?

The company representing the real-life chef who inspired the hit 'Seinfeld' character known as the 'Soup Nazi; is now in hot water with the CFO accused of cooking the books.

In a 20-count indictment Tuesday, prosecutors allege 62-year-old Robert Bertrand evaded paying Medicare, Social Security and Federal income taxes for Soupman Inc., employees between 2010 and 2014. Instead of allegedly paying workers cash under the table while the company reportedly pocketed more than $2.8 million.