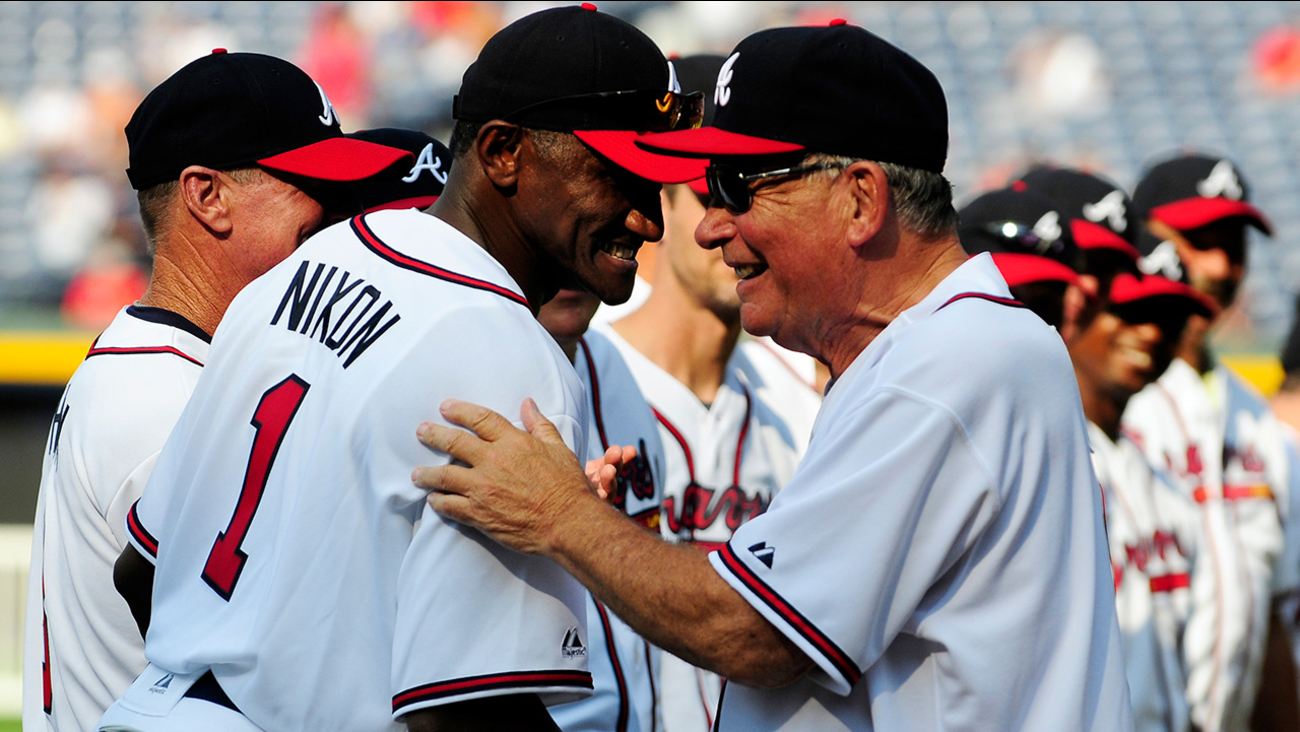 Nixon has been found and he's "safe," said Brittany Duncan, a spokeswoman for police in Woodstock, a suburb northwest of Atlanta. She had no other details about his condition, where he was found or the circumstances.

Duncan said there was no foul play involved, and that Woodstock police consider the case closed.

Nixon, 58, had been last seen around 10 a.m. Saturday leaving his home in Woodstock, Georgia, about 30 miles (50 kilometers) northwest of downtown Atlanta, police said. He left in a gray Range Rover and was on his way to a golf course where he had a tee time but never arrived, police said.

Nixon's girlfriend, who lives with him, had reported him missing, Duncan said.

Nixon was an outfielder for the Braves. He played for nine teams in 17 major league seasons, with his best years coming in Atlanta. He had 1,379 hits and 620 stolen bases.

In 1991, he was suspended for 60 days after testing positive for cocaine.

As a Braves player, he used his left leg to launch himself up an outfield wall and made a spectacular, game-saving catch in a 1992 game against Pittsburgh that was considered by many fans among the best plays in baseball. As news of his disappearance spread on social media Monday, several fans posted video of the catch.
Related topics:
sportsatlanta bravesmlbmissing person
Copyright © 2022 by The Associated Press. All Rights Reserved.
TOP STORIES
EMT shot in the back of an ambulance by drunk patient
9-year-old girl killed in NYC had bed dropped on head, prosecutors say
Bear safely removed after getting stuck in tree in NJ
AccuWeather Alert: Wet start and a sunny afternoon
20-year-old shot to death after motorcycle sale gone bad in NYC
Biden invokes Defense Production Act for formula shortage
Family mourns 18-year-old killed in Jersey shore sand collapse
Show More
Actor Liev Schreiber hosts event in D.C. to raise money for Ukraine
2 sets of twins graduate high school as valedictorian and salutatorian
Man arrested, charged in brutal murder of Queens pawn shop owner
African Americans experiencing trauma after Buffalo shooting
NYC mayor firm against mask mandates despite 'high' COVID alert
More TOP STORIES News