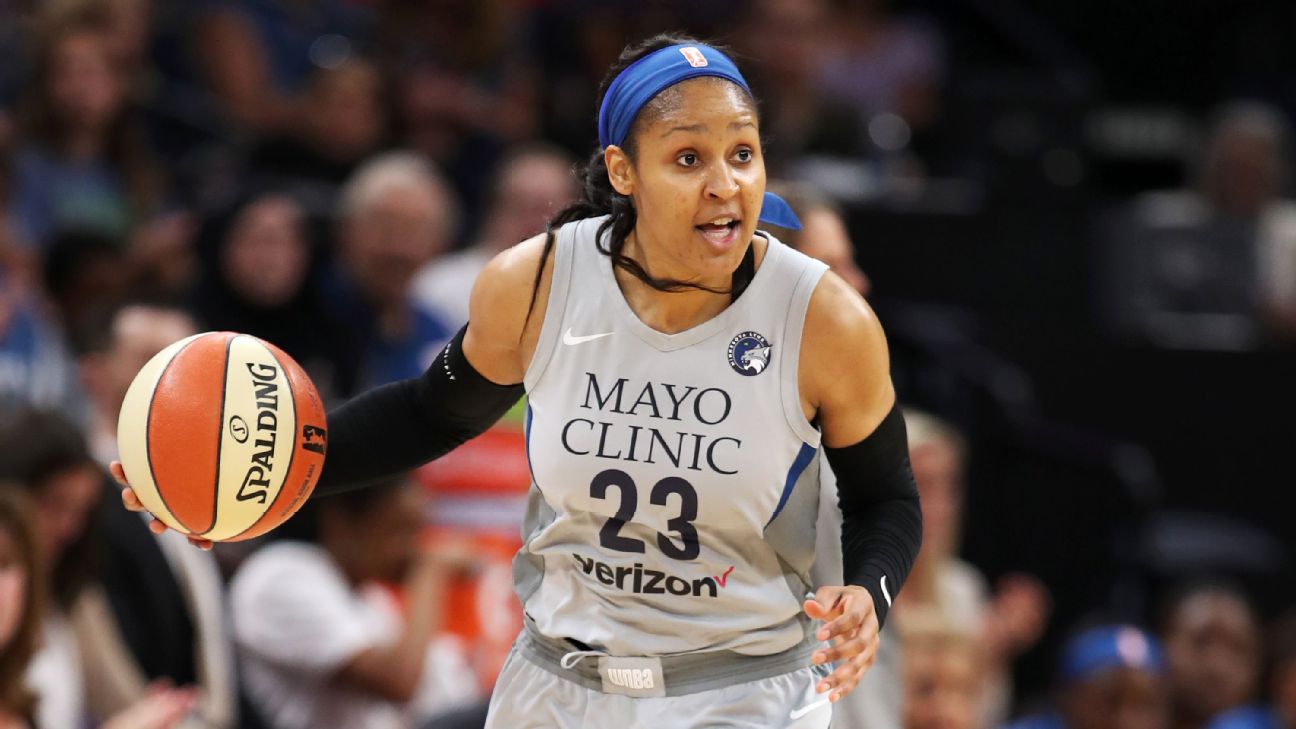 Two people familiar with the deals told The Associated Press that the former UConn teammates were given the franchise tag by Minnesota and New York, respectively, for the upcoming WNBA season.

It's no real surprise the perennial All-Stars won't hit the free-agent market.

Other tagged players include Courtney Vandersloot (Chicago), Jasmine Thomas (Connecticut), DeWanna Bonner (Phoenix) and Glory Johnson (Dallas). The people spoke Monday night on condition of anonymity because no official announcement has been made.

Chelsea Gray (Los Angeles) and Natalie Achonwa (Indiana) are the top two restricted free agents. Their current teams are allowed to match any offer they get from another club.

Teams can start to negotiate with their own restricted and unrestricted free agents Tuesday, but deals might not be finalized until Feb. 1.

Financial constraints tend to limit bidding wars -- and thus player movement -- in the WNBA. The league knows a more active free-agency period could draw increased interest from the casual fan.

Free agency this year could be impacted by the fact that WNBA players exercised their right to terminate their collective bargaining agreement after the 2019 season, cutting the deal short by two years. With the unclear situation for salaries under the new CBA, players might be hesitant to sign long-term deals.
Report a correction or typo
Related topics:
sportsespnwnbafranchise tagmaya moorenew york libertyminnesota lynxtina charlesseattle stormespnw sportsespnw
Copyright © 2021 ESPN Internet Ventures. All rights reserved.
More Videos
From CNN Newsource affiliates
TOP STORIES