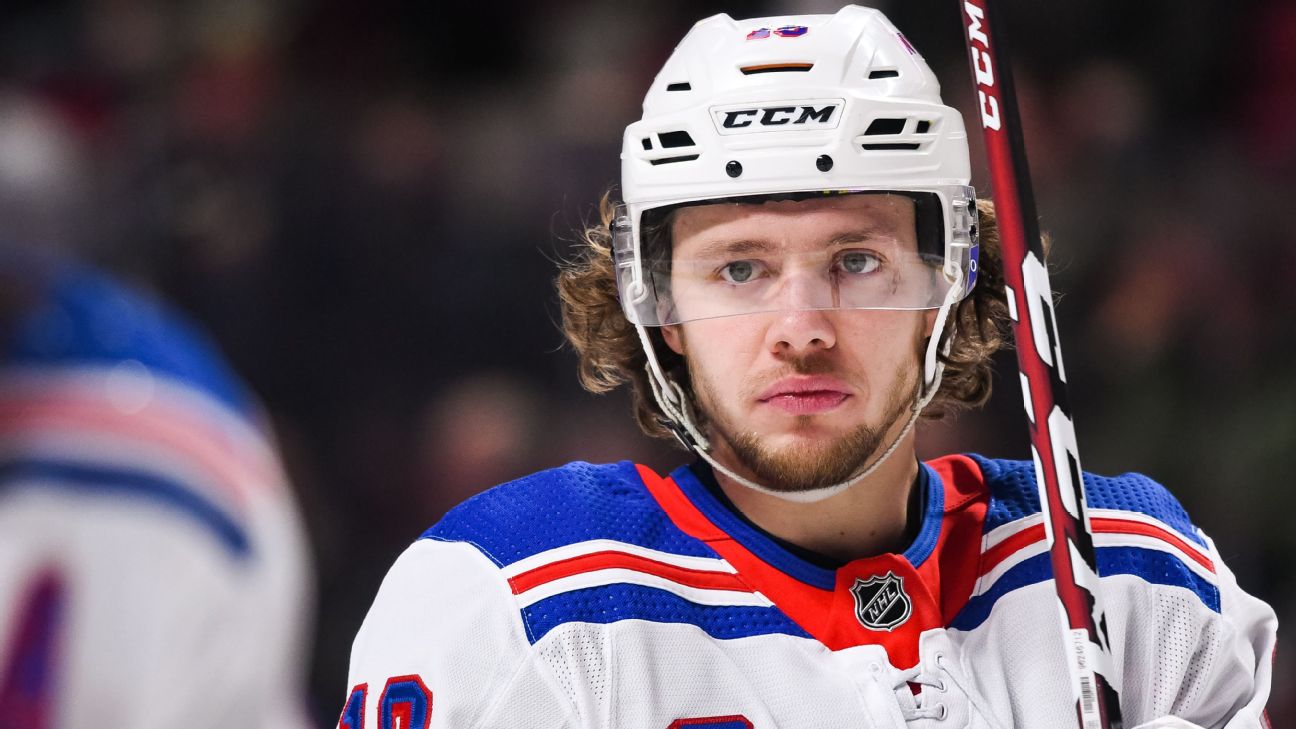 Artemi Panarin returned to Rangers practice Wednesday, more than two weeks after he took a personal leave of absence from the team.

Panarin will not play Thursday in Boston. Coach David Quinn said the Rangers want to get Panarin a few more skates in to put him in the best position to succeed.

The coach said Panarin is doing well mentally, and has been in contact with teammates throughout the last two weeks. "Nobody's happier than he is that he's back," Quinn said.

Panarin took an indefinite leave on Feb. 22 after his former Kontinental Hockey League coach, Andrei Nazarov, told a Russian newspaper that Panarin got into a physical altercation with a woman in Latvia 10 years ago.

The Rangers offered steadfast support for Panarin, a runner-up for league MVP last season. In a statement, the team said Panarin was "shaken and concerned" by the allegations and called Nazarov's claims "clearly an intimidation tactic being used against [Panarin] for being outspoken on recent political events."

Panarin has recently been critical of Russian President Vladimir Putin and the economic climate in his native country.


The KHL told ESPN it had "not been aware of or received a complaint in relation to any incident involving Artemi Panarin in December 2011." The league said it would have investigated any complaint.

The NHL was monitoring the situation, but since there has been no corroborating evidence to Nazarov's claim, the league hasn't taken action.

ESPN spoke with two of Panarin's teammates from the 2011 Vityaz team, who both said they didn't recall any incident with Panarin like the one Nazarov described.

Rangers teammate Ryan Lindgren is glad to have him back.