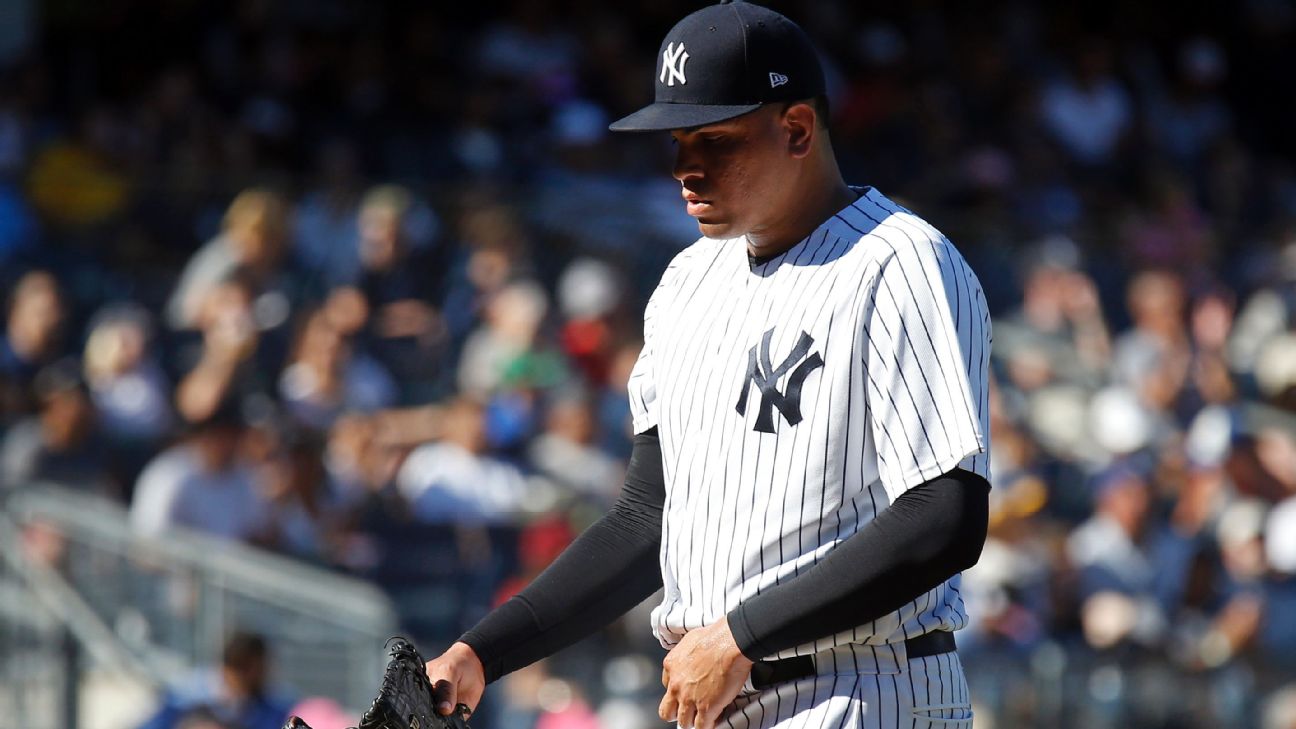 Betances was making his first appearance of the season on Sunday, having just returned from the injured list, when he suffered the partial tear.

He faced two batters in the loss to the Blue Jays, striking them both out, then took a skip step off the mound. That's when the injury appeared to happen.

Betances appeared to think it was the third out of the inning and landed awkwardly on the artificial turf at Rogers Centre. He had a smile on his face and wasn't aware of the injury.

"Heartbroken for Dellin," said Boone, who called the injury "about as freak as can be."

Betances was sore when he arrived at Yankee Stadium before Tuesday's game, and the team was concerned when he was unable to get on his toes.

Betances was sent for a scan and was examined by Dr. Justin Greisberg at New York-Presbyterian Hospital, and he will get a second opinion from Dr. Martin O'Malley at the Hospital for Special Surgery. At this point, the Yankees said the recommendation is to treat the injury conservatively, but the team said the possibility of surgery has not been ruled out.

Even before learning of the diagnosis, Betances spoke with Yankees reliever Zack Britton, who tore an Achilles during an offseason workout in December 2017 while with Baltimore.

"Man, it made me nauseous when I was thinking about it," Britton said. "For it to happen on something so innocent like that, him being excited about a strikeout, is even more frustrating."

A 31-year-old right-hander, Betances is a four-time All-Star who is eligible for free agency after the World Series.

He was diagnosed with an impingement in his pitching shoulder after his fourth spring training appearance on March 17. His rehabilitation stopped when the team said June 11 that he had strained his right latissimus dorsi muscle, and Betances did not start a minor league injury rehabilitation assignment until September.

Betances entered to start the fourth inning Sunday and struck out Reese McGuire on a 95 mph fastball, then gotBrandon Druryto take three straight strikes, the last an 84 mph curveball.

"Just sad," Yankees pitcherLuis Severinosaid. "He was so happy in Toronto when he pitched that game."

"We've been one of the best teams in the sport all season and I would say our bullpen's been one of the overwhelming strengths of this club, and that doesn't change," Boone said. "We know how great he is and what a difference-maker he is, but we certainly have the people there to continue to have our bullpen be a strength." 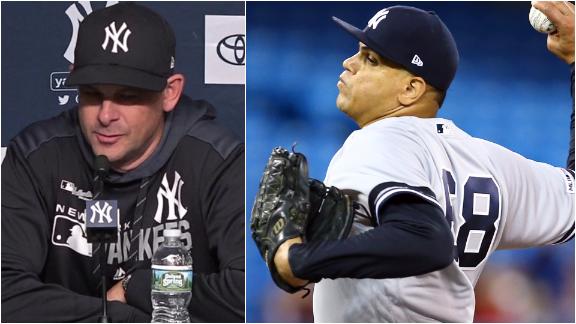