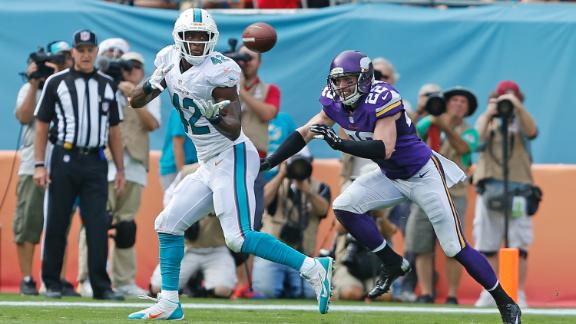 According to the Buffalo News, the value of the deal would be $38 million with more than $20 million guaranteed.

The Dolphins had placed their transition tag on Clay, which allows them five days to match or decline the offer.

Buffalo has been in hot pursuit of Clay since the opening of free agency. He visited the team last week, which led to his eventual offer.

The Dolphins signed former Cleveland Browns tight end Jordan Cameron to a two-year, $15 million contract last week. This provides insurance in the event the Dolphins do not want to match Clay's five-year extension with the Bills.

Clay, 26, battled through knee and hamstring injuries most of last season but still finished third on the team with 58 receptions for 605 yards. He also improved as a run-blocker.

Clay told ESPN.com in December that his goal was to re-sign with Miami.

"Just being here and knowing the guys, knowing the coaches, the city, this is definitely somewhere I want to spend the rest of my career," Clay said recently of the Dolphins. "I was saying that the second I got drafted."

The Dolphins selected Clay in the sixth round in 2011. He became a full-time starter for Miami the past two seasons.