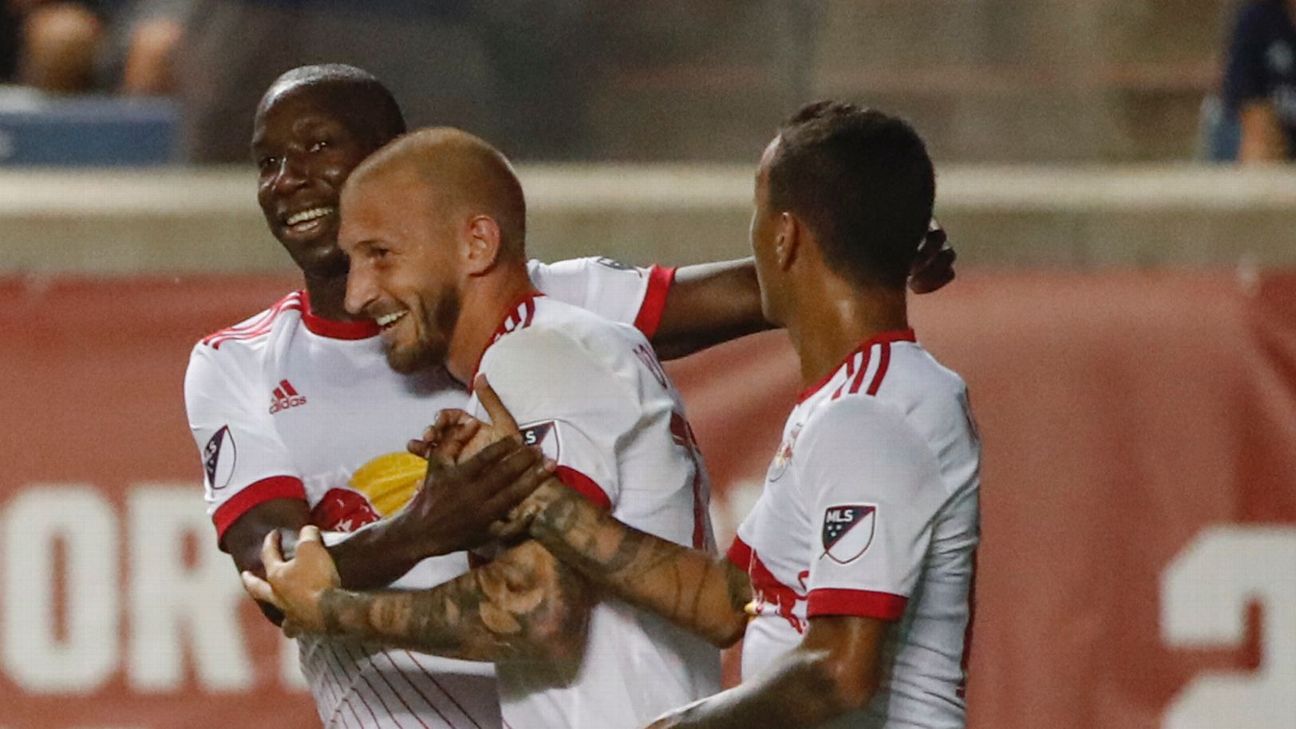 Most of the game was a tense struggle to generate offense for the Red Bulls, but in a span of a few dynamic seconds, Wright-Phillips made things happen thanks to some timely defense from his teammates.

Moments after an unsuccessful Red Bulls corner kick, Chicago's Dax McCarty gained possession and attempted to move the ball upfield. McCarty never made it as he was stripped by Tyler Adams near the right corner.

Adams quickly passed the ball to Daniel Royer. Royer then threaded a pass through the box, Wright-Phillips eluded Drew Conner and Brandt Bronico and lifted a soft shot over the right leg of Richard Sanchez and into the right side of the net.

It was the 15th goal of the season for Wright-Phillips, who became the first player in MLS history to have five straight seasons with 15 goals. It also was his 101st MLS goal, tying Taylor Twellman for ninth-place on the all-time list.

Royer recorded a point for the third straight game, and his pass to Wright-Phillips occurred after he hit the post twice in the first half.

After Royer and Wright-Phillips teamed up, the Red Bulls withstood getting called for four yellow cards and improved to 8-2 in their last 10 games.

Luis Robles made two saves for New York and preserved the lead in the 71st minute with a leaping save on Nemanja Nikolic's right-footed shot from outside the box.

Chicago lost its team-record seventh straight game. The Fire got blanked for the fourth time this season and second time in three games.

The game marked the return of New York coach Chris Armas to Chicago. Armas played in 214 games for the Fire from 1998 to 2007.