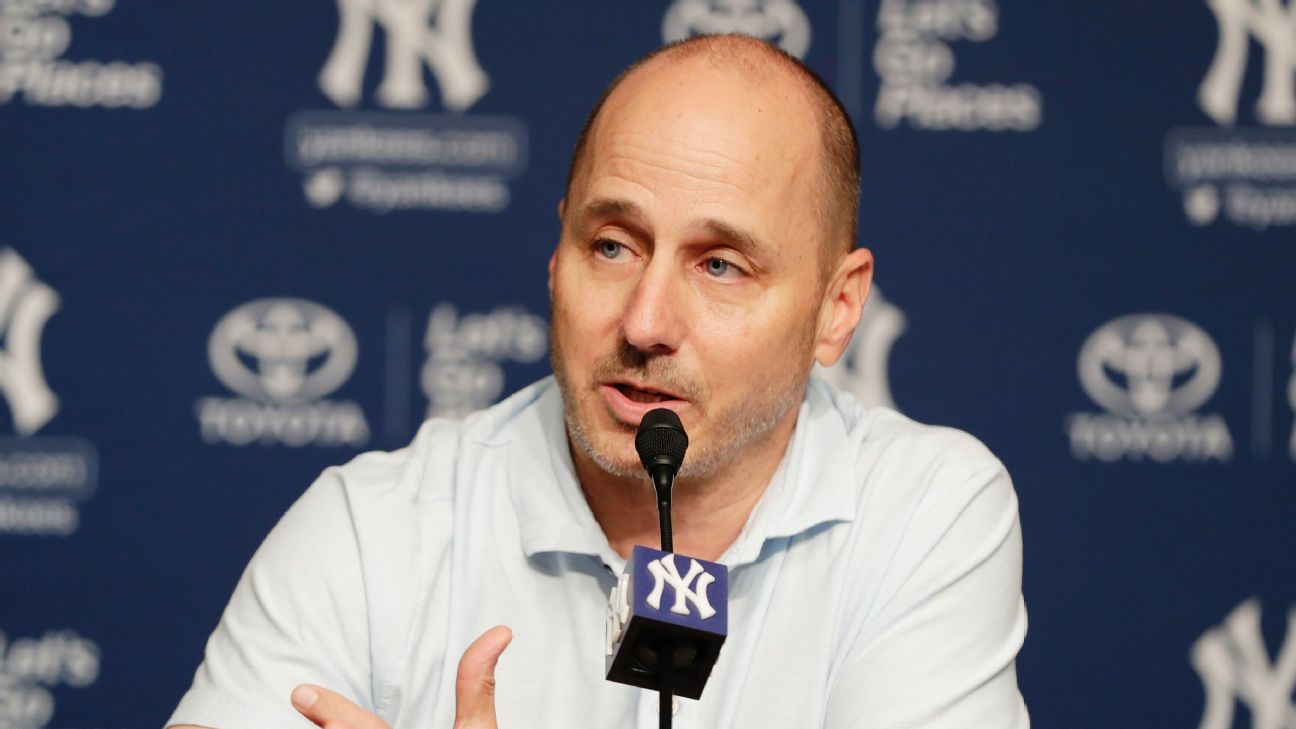 The way Cashman sees it, a crammed-full outfield and other, more pressing offseason personnel concerns leave the Yankees no place to put the widely coveted slugger.

"No time at all all winter have I said I'm looking for an outfielder," Cashman said. "The Harper stuff ... I'm surprised you're still asking."

When he was first asked about Harper during a session with Yankees beat reporters on the first full day of this year's winter meetings, Cashman rattled off the names of his six current outfielders (Aaron Hicks, Aaron Judge, Giancarlo Stanton, Brett Gardner, Jacoby Ellsbury and Clint Frazier) as reasons he isn't looking for a seventh.

Would the Yankees sign Harper -- who could command a total deal worth $300 million or more -- and get him to exchange his outfielder's glove for a first-baseman's mitt?

"I'm sure it's potentially a possibility, but it's not something that we would play on at that level with that type of money, to play somebody like that at first base," Cashman said.

As weary as Cashman has grown of them, the questions about Harper being linked to the Yankees have persisted in earnest since New York was beaten by the eventual World Series champion Boston Red Sox back in October.

But Cashman, speaking to Yankees reporters on that first day, indicated that signing Harper would not top his extensive to-do list between now and spring training. He reiterated that his primary focus since the end of the season has been bolstering New York's starting pitching and looking for ways to manage the loss of shortstop Didi Gregorius, who underwent Tommy John surgery on his throwing arm earlier this offseason.

Cashman said Monday that he still had no specific timeline for Gregorius' return, but he mentioned that it might not be until July or August.

The Yankees might be out of the Harper sweepstakes, but Gregorius' injury has them very much in the conversation for star free-agent infielder Manny Machado.

"We were definitely focused in the marketplace on those areas of need [shortstop], and he obviously is available and solves that area of need," Cashman said. "So not going to deny we've had a conversation or two."

Cashman said he and Machado's agent, Dan Lozano, spoke before the winter meetings. Machado is reportedly planning to soon visit the teams that are courting him in free agency.

In terms of the hole the Yankees have in their starting rotation, free agent J.A. Happ remains a serious option. The lefty was added at the trade deadline to bolster the flailing staff heading into the postseason. In 11 starts across the final two months of the regular season, Happ looked like the Yankees' ace, going 7-0 with a 2.69 ERA.

"We'll see if we all match up," Cashman said of talks he has had with Happ's representatives about a contract.

The focus on Happ has increased since the Yankees added James Paxton to the mix in a trade last month with Seattle and following Patrick Corbin's signing with the Washington Nationals last week.

Expect the Yankees to also be involved in the race for Japanese pitcher Yusei Kikuchi, the 27-year-old who could be even better on the mound than Shohei Ohtani. Teams have until Jan. 2 to negotiate with the lefty, who had a 3.08 ERA and struck out 153 batters in 23 starts for the Seibu Lions of the Nippon Professional Baseball Organization this season.

"He's somebody worth talking about. Someone that's worth having conversations about potentially landing. Someone that would make our or other rotations better here in Major League Baseball," Cashman said of the pitcher his club has scouted extensively. 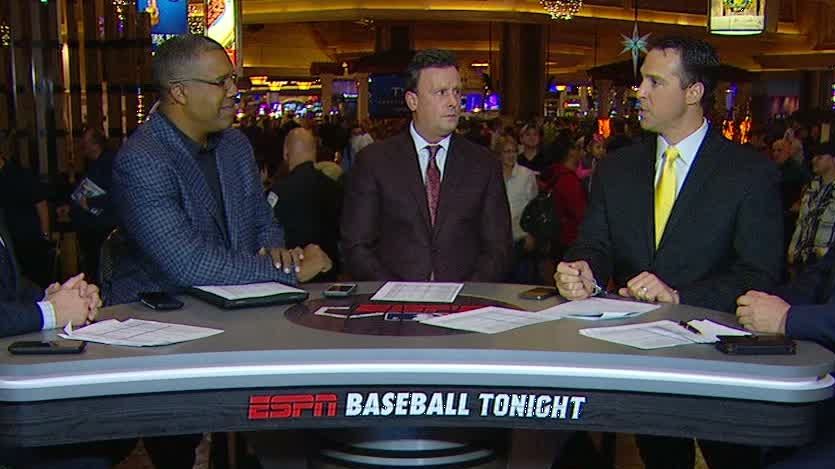 O'Neill returns as COVID-19 advisor as deaths pass 1,300 in NYC
Officials: Engineer tried to smash train into USNS Mercy
Cuomo on COVID-19: 'We're looking at another month of this'
Fauci weighs in on how long social distancing will be necessary
AccuWeather: Gusty and gray on Thursday
Show More
NJ native, musician Adam Schlesinger dies from coronavirus
Social distancing is not happening on the subway
NJ hospital EKG technician dies from coronavirus
7-week-old infant who died at hospital in Connecticut had coronavirus
Cuomo on Cuomo: Lessons learned from a coronavirus diagnosis
More TOP STORIES News