Bring it on! Dak Prescott not daunted by Giants S Landon Collins' gauntlet 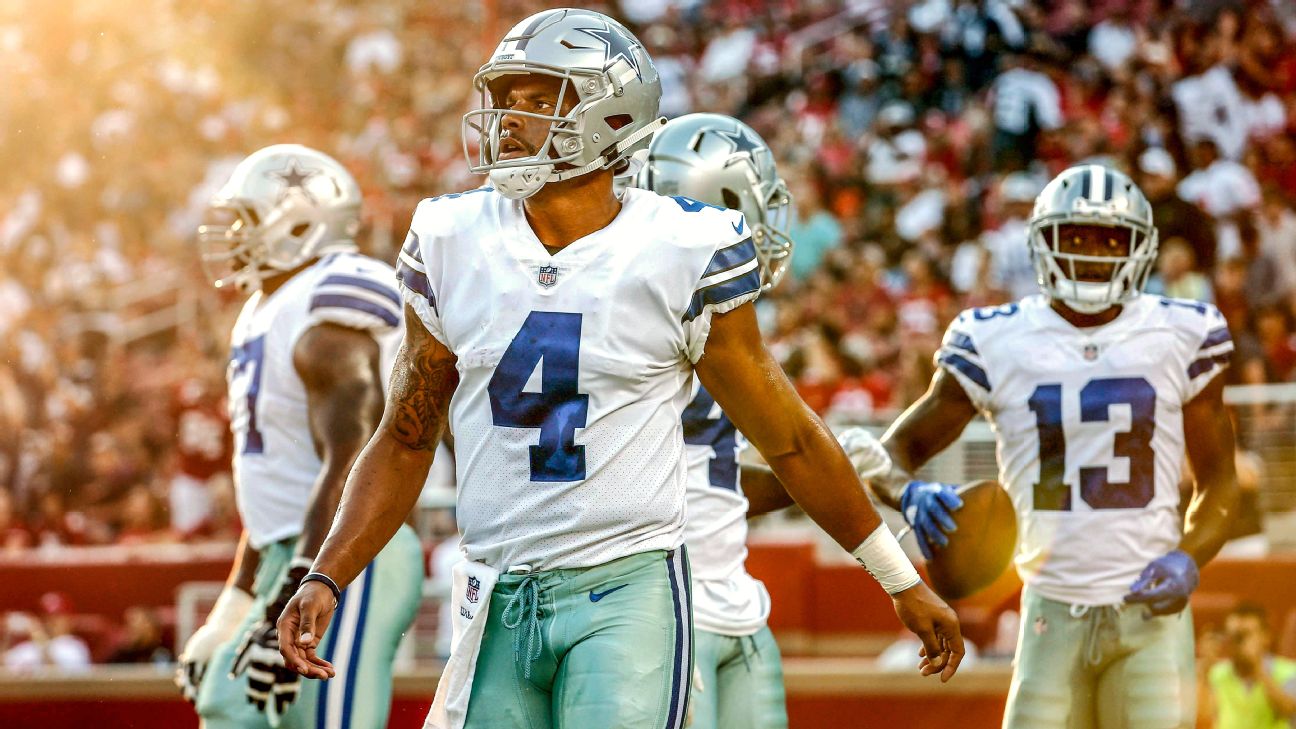 FRISCO, Texas -- On Wednesday, safetyLandon Collins laid out the New York Giants' defensive strategy for Sunday's game against the Cowboys by saying the focus is on stopping Dallas running backEzekiel Elliott.

"We're making sure we close the air out of their offensive running game," Collins said. "If we do that, put the ball in Dak's hands, I think we'll have a better shot at winning."

"As far as him saying it out loud, it doesn't change anything for us," Hurns said. "Of course, he kind of called out our quarterback, but we know, week in, week out, we've got to make plays in the passing game."

Offensive coordinator Scott Linehan said Prescott seemed even more determined than he has been in the past after what happened against Carolina. Prescott admitted he missed a lot of plays that could have changed the outcome of the game.

"I didn't play well, and the only way I know how to play better is to go to work and put in the time, put in the time the right way with the right focus, and that has been my plan," said Prescott, who said his injured ankle is not an issue after going through two full practices this week.

The last time Prescott played against the Giants, he completed 20 of 30 passes for 332 yards and three touchdowns in a 30-10 win. Since that December game, Prescott has thrown just one touchdown pass.

"He is certainly focusing on getting better and all that stuff. He is handling it like a professional, a competitor," Linehan said. "He is not moping around. You can tell he is determined. He wants to be back on that field as soon as soon as he can. Just what you would expect."