Chandler Parsons to play for Mavs 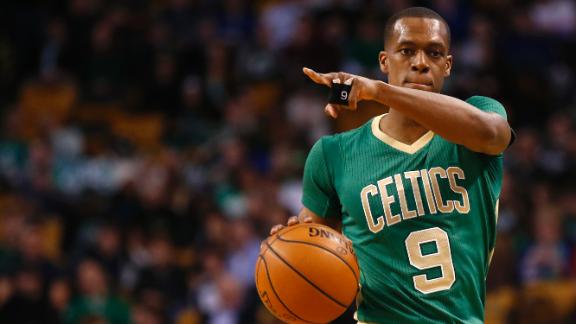 The Houston Rockets have decided not to match the Mavericks' three-year, $46 million offer sheet for Chandler Parsons, which means the versatile forward will join Dirk Nowitzki in Dallas.

Parsons told ESPN.com he received the call from the Rockets just prior to 6 p.m. ET on Sunday informing him that they would not be matching the offer.

"I really appreciate the opportunity Houston gave me and I had three great years there," Parsons told ESPN.com, "but I am really excited for the next chapter of my career in Dallas -- to play with one of the greatest players in Dirk and a terrific owner in Mark Cuban."

Sources close to the situation told ESPN.com that the Rockets tried Sunday to convince the Mavericks to mutually rescind Parsons' original offer sheet and re-do the deal as a sign-and-trade, which potentially could have created a lucrative trade exception for Houston. But the Mavericks, sources say, balked at those overtures, since the complicated transaction might have enabled Houston to salvage a valuable asset out of Parsons' exit.

In the end, Parsons will join the Mavericks based on the original terms of his offer sheet, which includes a player option after the second season to return to free agency if he chooses.

"The Mavericks are a smart organization. They obviously wanted to get him," Rockets general manager Daryl Morey told SportsTalk 790 in Houston on Monday. "That structure of that [contract] is literally one of the most untradable structures that I've ever seen.

"That's why it came down to a bet of [James] Harden, [Dwight] Howard and Parsons being the final piece, because we would have had no ability to do anything after that. And Harden, Howard, Parsons could have been good enough. I think Parsons is a tremendous player and is going to keep getting better."

The contract was designed to be as difficult as possible for Houston to match. That's why it includes a 15 percent trade kicker and a player option for the third season. Had Parsons returned to Houston, which declined a team option to pay him $965,000 next season to make him available in restricted free agency, the Rockets also could not have traded him without his permission this season due to restricted free-agency rules.

Houston would not have been able to bid on a star free agent next summer with Howard, Harden and Parsons combining to count more than $53 million against the Rockets' salary cap. Morey opted to replace Parsons with a less expensive option, signing small forward Trevor Ariza to a four-year, $32 million deal, and maintain the Rockets' flexibility in the future.

"The question is, is it better with that core or is it better with Ariza, plus the hundreds of moves that might be able to upgrade us in the other scenario. And there's really no moving -- that core was going to be the core that we had to have, because if we ever wanted to move off and go after the other stars, if we ever wanted to go after a different core, it wasn't going to be possible," Morey told SportsTalk 790.

"A small-market team that might want a Chandler, he can opt out and leave, so they wouldn't want him. A big-market team that's planning for free agency, maybe for the elite free agents coming up in the future, he can opt in. There's a trade bonus in there. Even if the cap is going to go up likely, we're just guessing likely significantly in the future, his trade bonus makes his contract go up in lockstep with that," Morey said.

Parsons can become an unrestricted free agent at the age of 27.

The Rockets had until 11:59 p.m. ET Sunday night to match the Mavericks' offer.

Sunday will prove to be a day to remember for Parsons, with sources telling ESPN.com's Marc Stein that the new Maverick is poised to be added to the USA Basketball roster of approximately 20 players that will compete for 12 final roster spots for this fall's inaugural FIBA World Cup in Spain.

Sources say that Parsons will officially be added to the Team USA roster Monday, with a training camp scheduled for the end of the month in Las Vegas so coach Mike Krzyzewski can whittle the roster down to the maximum of 12. Locks for the team bound for Spain include Kevin Durant, Kevin Love, LaMarcus Aldridge and -- if healthy -- Derrick Rose.

Parsons was drafted by Houston with the 38th overall pick in 2011. He helped lure Howard to Houston last season and teamed with the All-Star center and Harden to win 54 games in the regular season before losing in the first round of the playoffs to Portland.

The Rockets intended to exercise their right to match the offer to Parsons, but Houston's plans changed after the team failed to sign All-Star power forward Chris Bosh in free agency. Bosh instead returned to the Miami Heat on a five-year, $118 million contract, leaving the Rockets without the third star to complement Howard and Harden.

Morey told SportsTalk 790 that it was a "tough weekend."

"But we're still very well positioned. We've still got two of the top 10 players in the league. We've got a great young core. We were the youngest playoff team in the NBA last year. We're only going to keep getting better, but it was obviously a tough weekend. We were very close to what we thought was maybe the best team in the NBA," he said.

Rockets Decline Parsons Offer
ESPN NBA Insider Amin Elhassan discusses why the Rockets decided not to match the Mavericks' offer to Chandler Parsons and how he'll fit in Dallas.