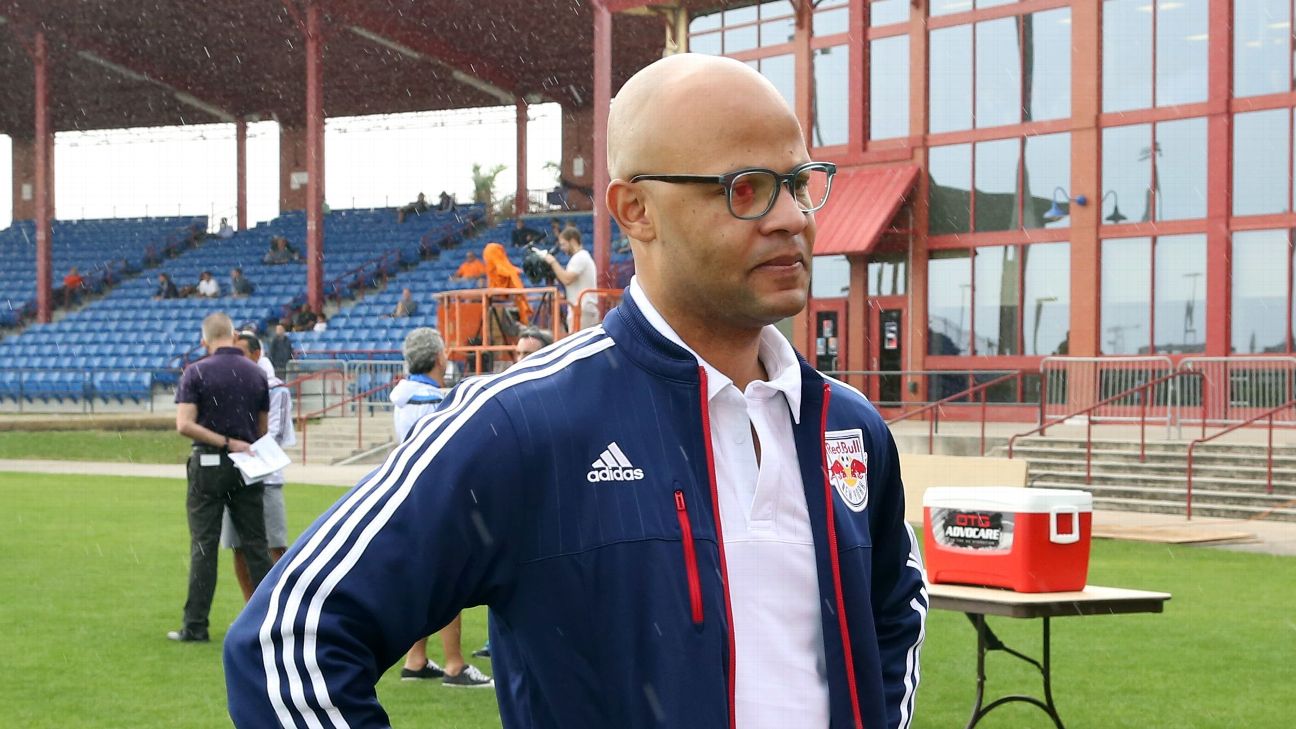 The Athletic was the first to report the news.

The Crew is currently without a GM and head coach in the wake of Gregg Berhalter's appointment as United States manager. The search is being conducted by the team's presumptive owners, the Haslam Family and as Dr. Peter Edwards, who are in negotiations to buy the team from Precourt Sports Ventures.

Curtis is the second name confirmed to be in the running for the job, joining former LA Galaxy and U.S. manager Bruce Arena.

Curtis, 39, has been out of work since he and the New York Red Bulls parted ways just prior to the start of the 2017 season. He's since interviewed to be GM of the U.S men's national team but the position went to Earnie Stewart.

Curtis joined the Red Bulls after the 2014 season and immediately replaced coach Mike Petke with Marsch. That decision drew the wrath of fans, but the decision was later validated when the Red Bulls won the 2015 Supporters' Shield for the best regular season record before also finishing first in the Eastern Conference in 2016.

Curtis spent three seasons as a player in MLS with the now-defunct Tampa Bay Mutiny, D.C. United and the Dallas Burn (now known as FC Dallas). He scored nine goals and added eight assists in 65 league appearances during his professional career.