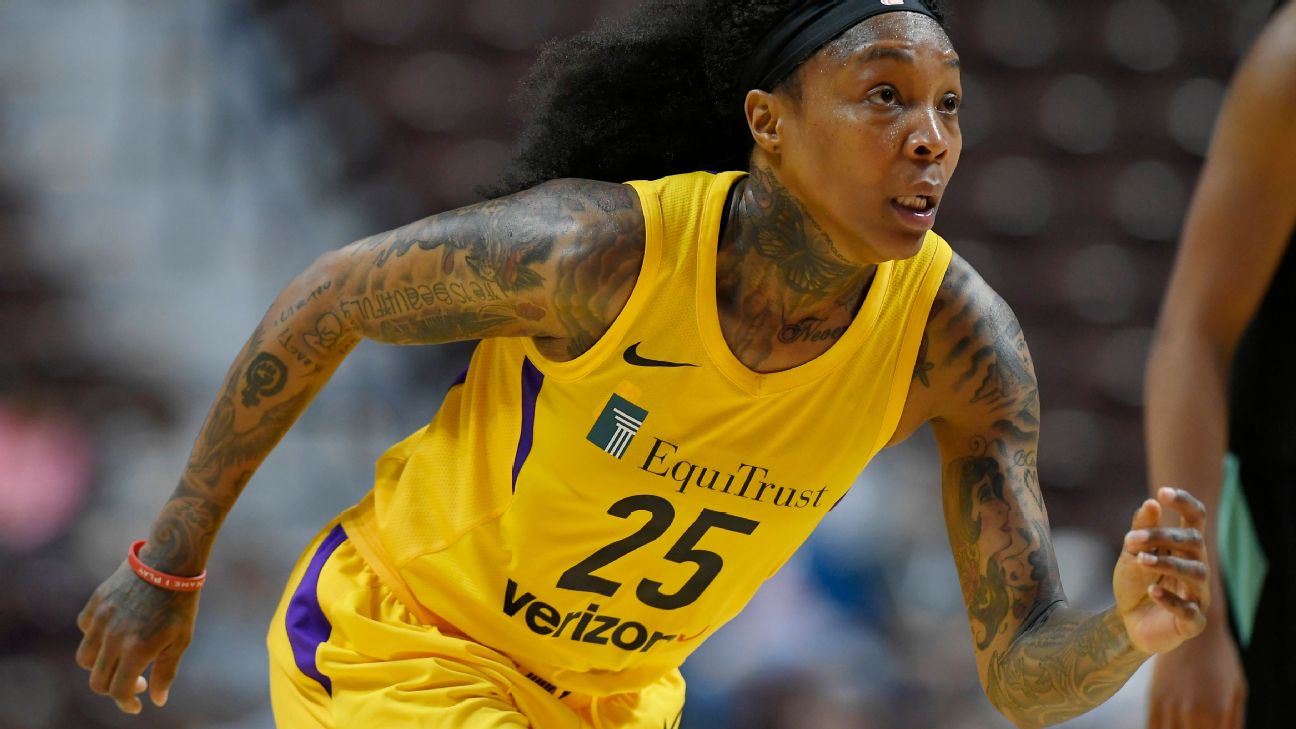 Cappie Pondexter was in the care of her family and friends Thursday night, according to a statement from her representative, bringing to a close a day of confusion as to the whereabouts of the former WNBA player.

In a message posted on social media Thursday, Charles "Chuck" Walton said his client had been located and was safe. That development came hours after a Los Angeles Police Department spokesperson confirmed that Pondexter was arrested Tuesday on a battery charge and subsequently released Thursday morning.


The LAPD spokesperson could not comment on details of the arrest.

Uncertainty as to Pondexter's whereabouts and welfare spread Thursday prior to confirmation of her arrest, leading the WNBA Players Association to tweet a request for anyone with knowledge of her situation to contact authorities. A source told ESPN the tweet was not based on confirmation that Pondexter was officially missing but general concern among its members about her status.


Pondexter, 37, last played in the WNBA for the Indiana Fever in 2018. In 13 seasons, most recognizably with the New York Liberty and Phoenix Mercury, she averaged 16.4 points. She was named one of the league's all-time best 15 players during the WNBA 15th anniversary in 2011. She also won a gold medal with the United States in the 2008 Olympics.