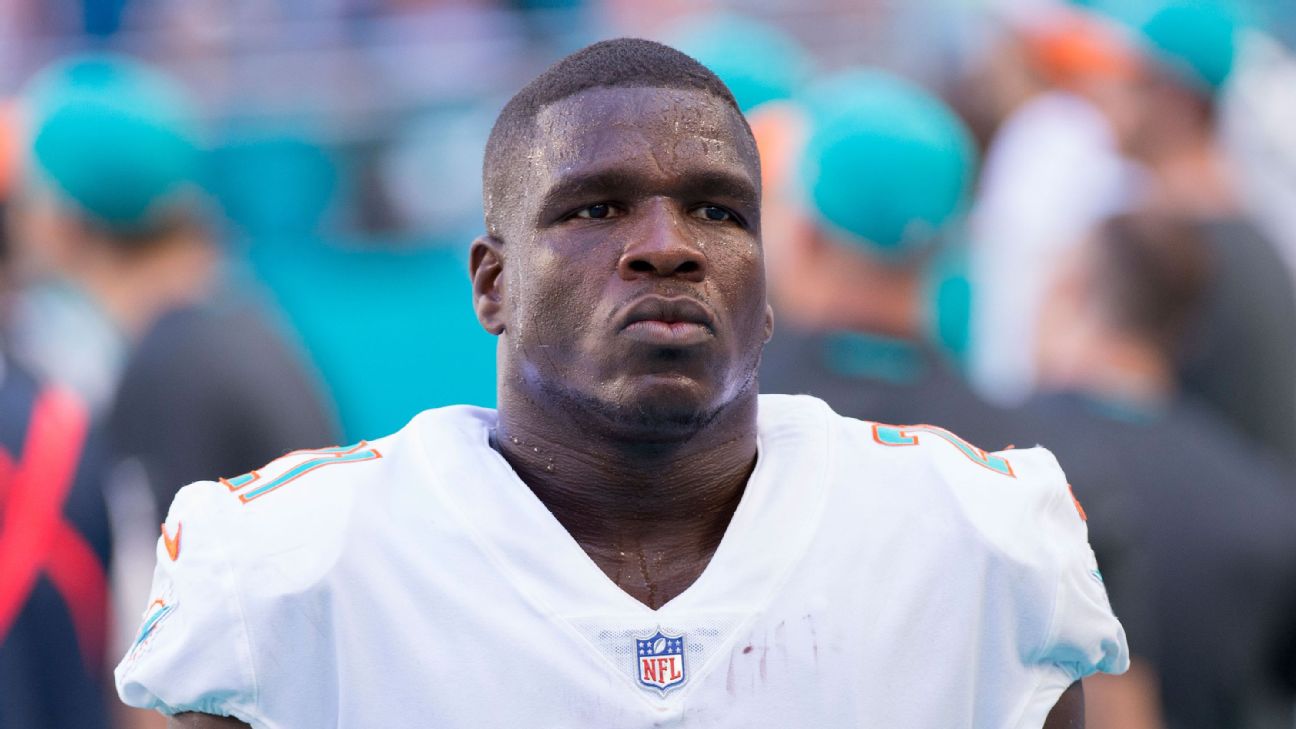 FLORHAM PARK, N.J. -- Frank Gore acknowledged that teammate Le'Veon Bell is "the lead dog" in the New York Jets' backfield, but that doesn't mean the age-defying Gore will be content in a token role. He's coming off a season in which he felt he could've reached the 1,000-yard mark for the 10th time in his career.

"I feel like if they would've let me play, I would've had over 1,000," Gore said Monday, referring to the Buffalo Bills.


Gore rushed for 422 yards in the first seven games, but he was replaced by rookie Devin Singletary and finished with only 599 -- a career low.

"I jumped out there. I was having a great year," Gore said after the Jets' first practice in pads. "Young Singletary, a young back, will be very talented. He'll do great thing as long as he keeps working -- and I know he will. I understand they drafted him and it's a business. They had to get him ready. But I felt like the games I did play, I did some good things to show people I could play."

Gore, 37, was on the free-agent market for nearly two months when he received a one-year contract from the Jets, who are paying Bell an average of $13.1 million per year. Because of coach Adam Gase's affinity for Gore -- he coached him in two places -- it fueled questions about his plans for Bell, who disappointed last season.

Bell is expected to remain the Jets' No. 1 back, but the plan is to lessen his load by utilizing Gore, who has more rushing yards (6,508) since turning 30 than any running back in NFL history. They also have rookie La'Mical Perine, a fourth-round pick from Florida.

"I know the situation here, too," said Gore, the third-leading rusher in league history. "We have a great back in Le'Veon who has done great things and still can play this game. I know that he's our lead dog. My goal is to do whatever it takes when my number is called to help this team be successful."


The Jets hope Gore's reputation as a hard worker and well-respected leader will raise the level of those around him.

"Frank, man, he's like no other," wide receiver Breshad Perriman said. "If you know Frank, if you see him work, especially in the offseason ... he grinds so hard. He works like he's young, you know what I'm saying? Like he's young, like he hasn't accomplished anything. He's still got that hunger, that drive, and you see it every time he works. You have to respect that."

Gore, a third-round pick of the San Francisco 49ers in 2005, changed his mindset after a few seasons in the league.

"Like I tell Le'Veon, when you touch the age of 28, they kind of write you off," he said. "My mindset got stronger and stronger. Every time I'm on the field, I try to show people it doesn't matter what your age is. As long as you love the game and respect the game and go hard in the off season and make every day like it's your last, you can do it."
Report a correction or typo
Related topics:
sportsespnnewsnew york jetsnflfrank gore
Copyright © 2021 ESPN Internet Ventures. All rights reserved.
More Videos
From CNN Newsource affiliates
TOP STORIES