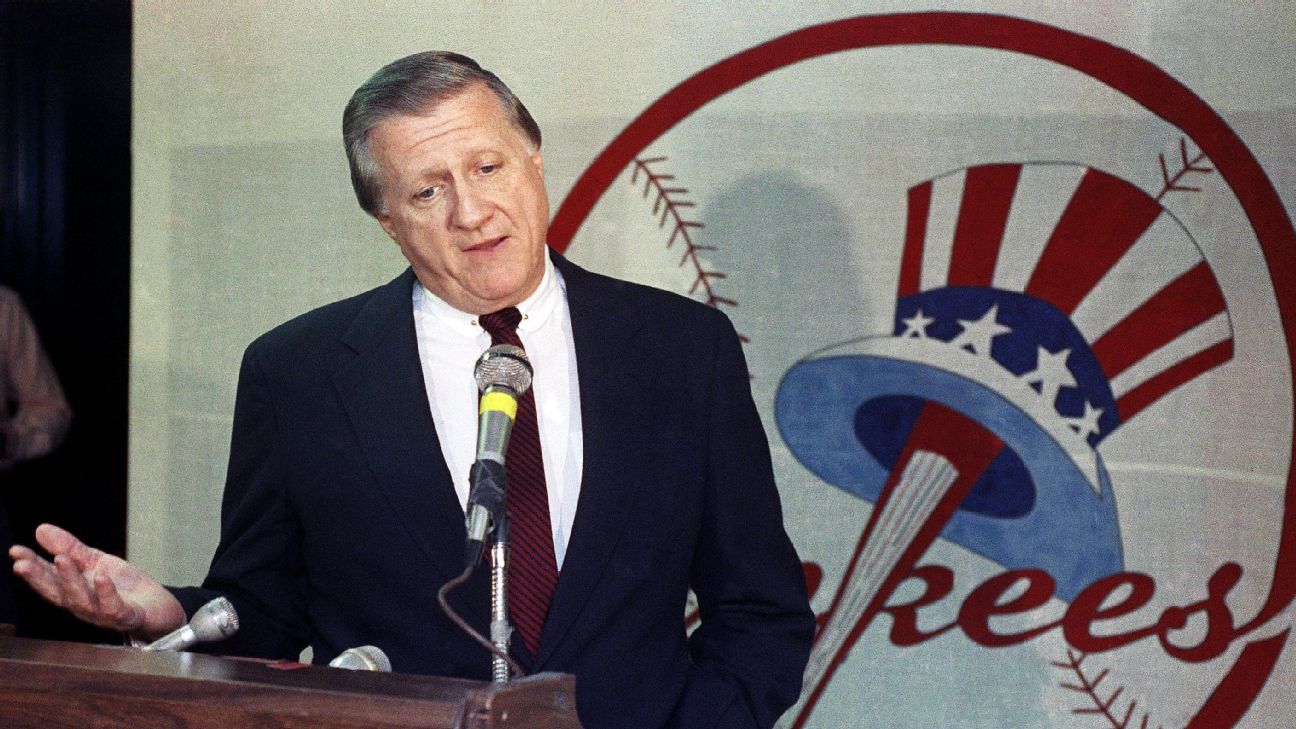 Harold Baines, Albert Belle, Will Clark, Orel Hershiser and Joe Carter also are on the ballot for the 16-man committee -- which meets Dec. 9 at the winter meetings in Las Vegas -- to consider. The committee considers candidates from 1998 to the present, and a candidate needs at least 75 percent of the vote to be elected.

Any candidate picked will be inducted July 21, 2019, along with any players elected by the Baseball Writers' Association of America in a vote announced Jan. 22. Mariano Rivera and the late Roy Halladay join a ballot with top returnees Edgar Martinez and Mike Mussina.

"I believe that committee and the people who have the power of votes, it would be hard-pressed not to acknowledge this was a transformative figure in all of sports, not just baseball," Yankees general manager Brian Cashman said in defense of Steinbrenner at the GM's meetings in Carlsbad, California. "It's very political at times ... so there's some powerful people that view it differently, I'm sure."

Smith's highest voting percentage during 15 years on the Baseball Writers' Association of America ballot was 50.6 percent in 2012. He received 34.2 percent in his 15th and final appearance in 2017.

Baines never received more than 6.1 percent and was dropped after his fifth appearance in 2011 for falling under the 5 percent threshold. Hershiser and Belle were dropped after their second appearances in 2007, and Carter (2004) and Clark (2006) after their first.