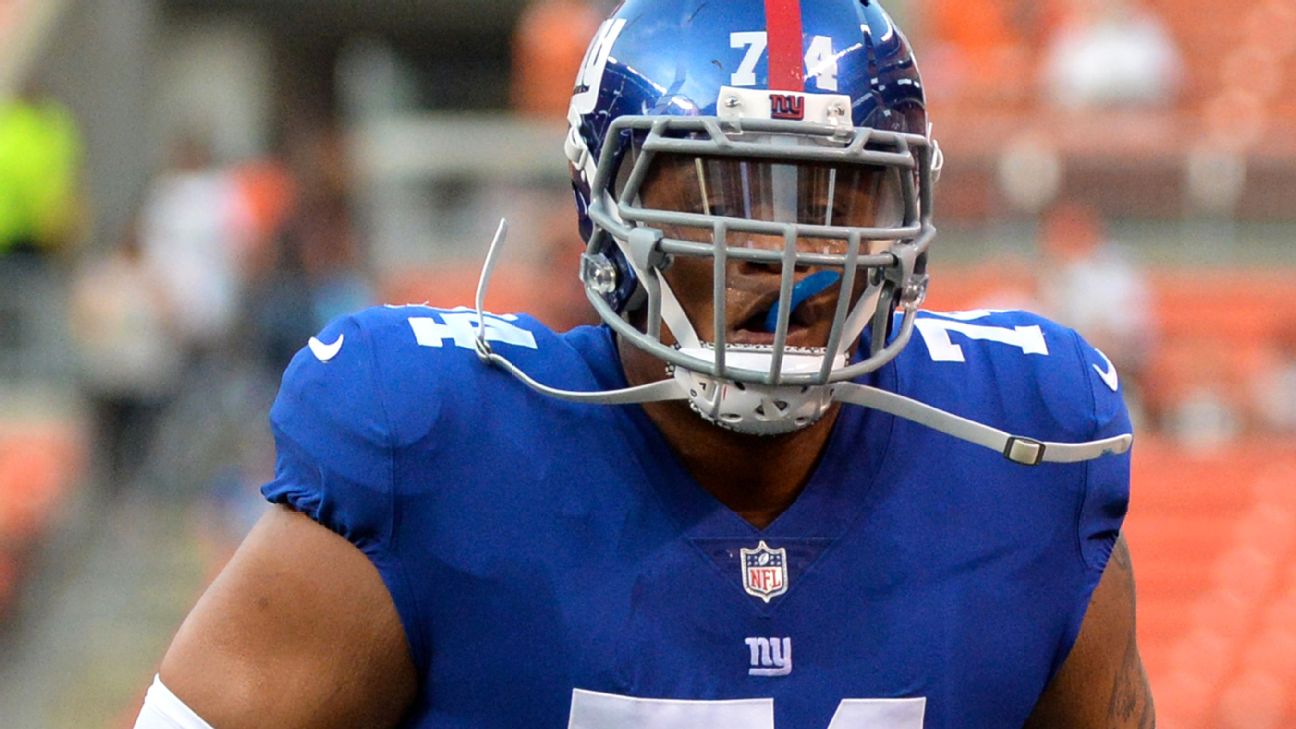 EAST RUTHERFORD, N.J. -- Ereck Flowers' run with the New York Giants is over after the team was unable to trade him. The Giants placed the former first-round pick on waivers Tuesday.

Flowers was the ninth overall pick in the 2015 NFL draft. He started 46 games at left tackle his first three professional seasons. It was a struggle. The Giants moved him to right tackle this offseason, and he started the first two games this year before they discontinued the experiment.

The Giants made the decision to move on from Flowers earlier this week, and ESPN's Adam Schefter reported that they were looking for a trade partner. That was always unlikely with more than $1.7 million remaining on the final year of Flowers' rookie contract.

"I think it's just kind of run its course," coach Pat Shurmur said Monday. "We appreciate Ereck's efforts, and we just wish him the best. Sometimes a change of scenery is good for a person, and we're just hopeful he can go out and continue to have a good career."

Flowers was forced into the starting lineup at left tackle during his rookie season when Will Beatty tore his pectoral muscle in the spring. Flowers stayed there until this offseason, when the Giants signed left tackle Nate Solder to a then-record deal.

Flowers' time with the Giants was filled with uneven play and questionable moments. He had a confrontation with former offensive line coach Pat Flaherty during his rookie season and was an outcast for most of his time in the offensive line room. He pushed a reporter after a loss during the 2016 season. Flowers and fellow lineman Bobby Hart also weren't part of the team's Secret Santa program last year and asked out of the team's finale, according to multiple sources.

This year did not begin well for Flowers under the new regime led by general manager Dave Gettleman. Flowers was a no-show for the beginning of the Giants' offseason workout program. When he finally showed, they still immediately inserted him as the first-team right tackle. He stayed there until two poor performances to start the season.

Chad Wheeler has since replaced Flowers in the starting lineup.