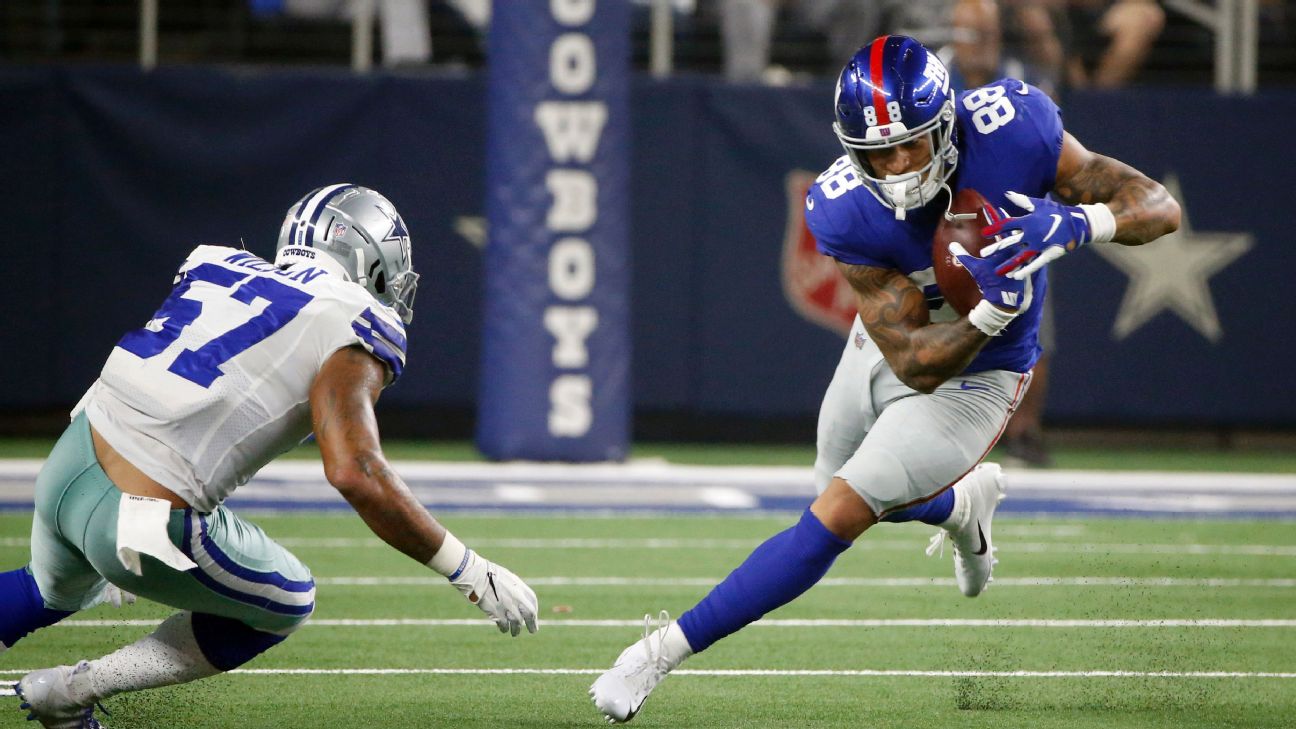 Engram was hurt when he was hit low by Texans defensive back Kareem Jacksonafter a catch. Engram limped off the field after the 19-yard gain, his only catch of the day.

The second-year tight end was checked by the trainers and did some light sprints on the sideline. It looked as if he might return.

The Giants originally listed him as questionable to return before the final decision was made to keep him out for the remainder of the contest. Engram said it just "didn't feel right." He was wearing a brace on his right knee after the game and said he would undergo further tests Monday to determine the damage.

Engram had nine catches for 85 yards and a touchdown coming into Sunday. He wasn't the Giants' only skill-position player banged up against the Texans.

Rookie running back Saquon Barkley missed a series in the first quarter after getting hit on his knee on the opening drive, which ended with him rushing for a 15-yard touchdown. Barkley finished with 17 carries for 82 yards and added five catches for 35 yards in the team's first win of the season.