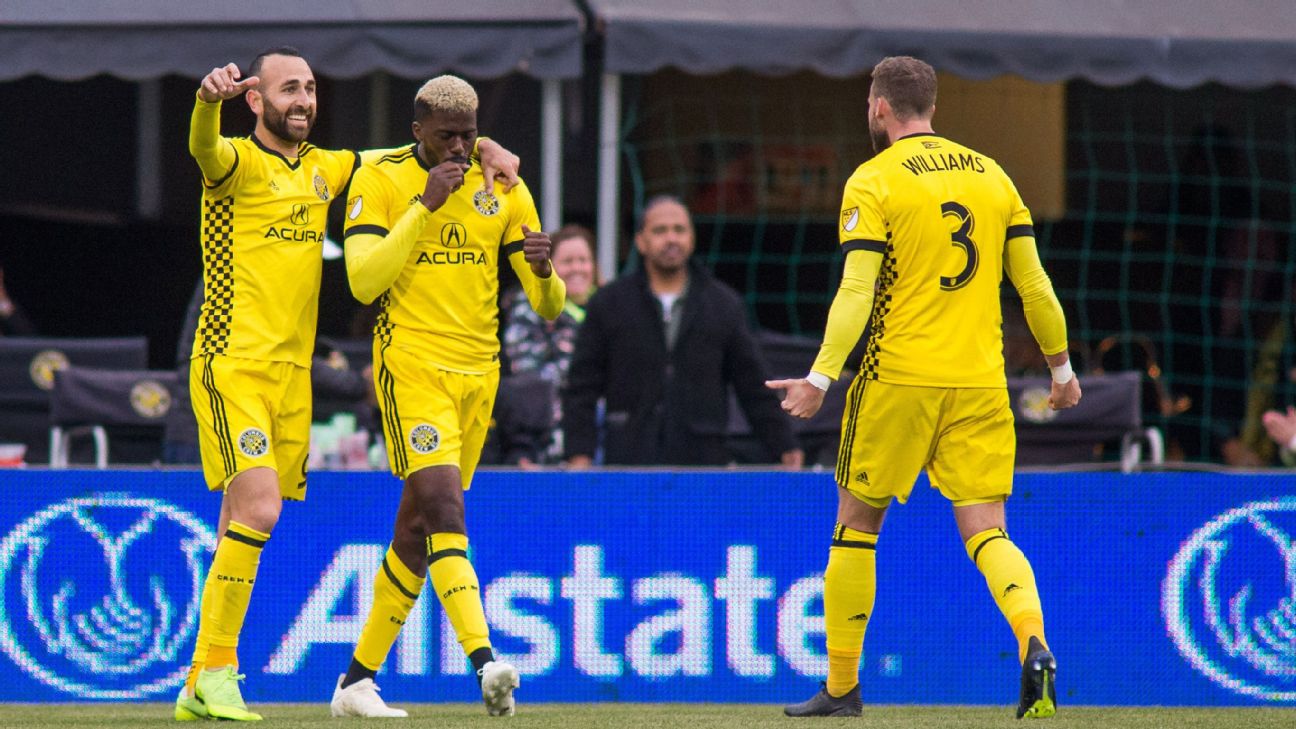 Gyasi Zardes scored in the 61st minute and Zack Steffen made a last-minute save to give the Columbus Crew a 1-0 victory over the New York Red Bulls in the first leg of the aggregate goals Eastern Conference semifinal at Mapfre Stadium in Columbus on Sunday.

The return match is Nov. 11 at Red Bull Arena in Harrison, N.J., where the Red Bulls won 14 of 17 matches this season.

Zardes has 20 goals, with 18 of them coming at home in his first season with the Crew after being traded by the LA Galaxy.

Steffen's last of four saves came in the third minute of second-half stoppage when he extended himself to make a fingertip save on a header by Bradley Wright-Phillips that was targeted for the lower right corner.

The Red Bulls set Major League Soccer records with 22 wins and 71 points in the regular season. They earned a bye while the Crew, the No. 5 seed in the East, won a Knockout match Thursday after 120 minutes and penalty kicks at D.C. United.

Because of the quick turnaround, Crew midfielder Federico Higuain, who had both goals against D.C., did not enter the match until the start of the second half.

He had a major impact by setting up Zardes. Higuain took an entry pass from Milton Valenzuela in the left channel and immediately heel-flicked the ball to Zardes, who slotted the shot from 12 yards past Luis Robles.

Robles made a great save of Pedro Santos, another second-half substitute, in the 89th minute to keep the match within reach.

The Crew is 6-0-2 in their past eight home matches, but more importantly, they prevented the Red Bulls from scoring an away goal.

The winner of the series will face either New York City FC or Atlanta United.