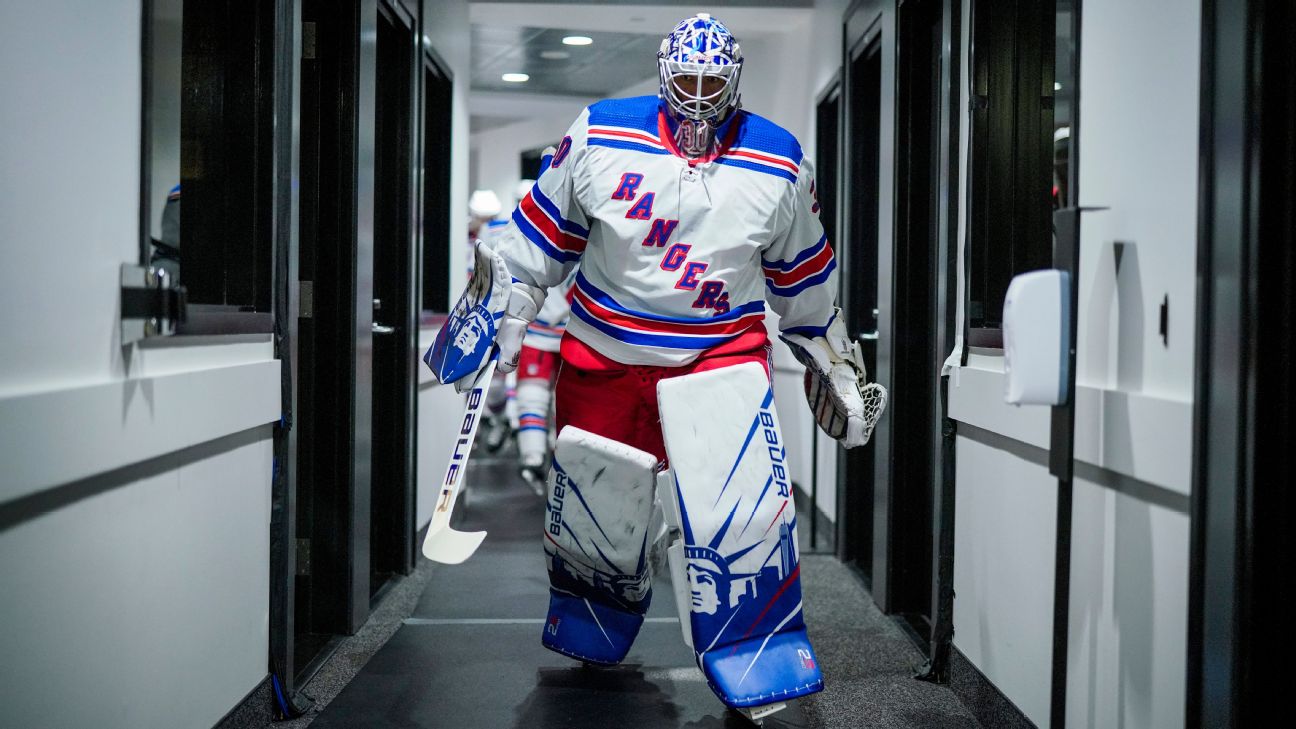 Saying "it's time" and in need of another heart procedure, goaltender Henrik Lundqvist has announced his retirement, ending a legendary 15-year NHL career.

"For the last 30 years, I have devoted my life to the game of hockey ... and now it's time to walk away from the game I love and begin a new chapter," Lundqvist wrote in a statement on Twitter on Friday. "The future excites me. I've met so many amazing people over the years that will help to guide and inspire me in my new journey."


Lundqvist, 39, was the face of the Rangers -- and one of the most popular athletes in New York City -- for over a decade. The team announced that it will retire Lundqvist's No. 30, with a ceremony set during the 2021-22 season.

"It is with mixed emotions that the New York Rangers offer our best wishes and heartfelt gratitude to Henrik Lundqvist on the announcement of his retirement," the team said in a statement. "Henrik's commitment to excellence made him one of the best goaltenders to ever play the game of hockey, and we are so fortunate to have witnessed his greatness firsthand for 15 years. ... Henrik is, and always will be, a Ranger."

Lundqvist told the New York Post that he had planned to play in the NHL in 2021-22 but would suffer chest pain with too much exertion during workouts.

"I was hoping I would be 100% by this time," Lundqvist told the Post. "But I was told that inflammation takes a long time to correct and with medication I might be out of the woods, but it could be another full year before I would be 100%. ... I came to the conclusion that there are too many unknowns and too much risk for not enough reward for me to keep playing."

Lundqvist also told the Goteborgs-Posten newspaper that he needs another heart procedure.


"We will see how extensive it will be," he said. "Treatments are getting better, so we will see if they'll open up the chest or not. But that will be problem for the future."

"Thank you @nyrangers and New York City," Lundqvist wrote. "I'm a born Swede but I'll always feel like a New Yorker thanks to you. Thank you @NHL. This league was everything I dreamed of and more. Lastly, thank you to the game of hockey and its fans! You gave my life purpose and I have loved every single minute of it!"