Jamal Adams fires back at Jets' Gregg Williams; not 'bored' in Seahawks debut 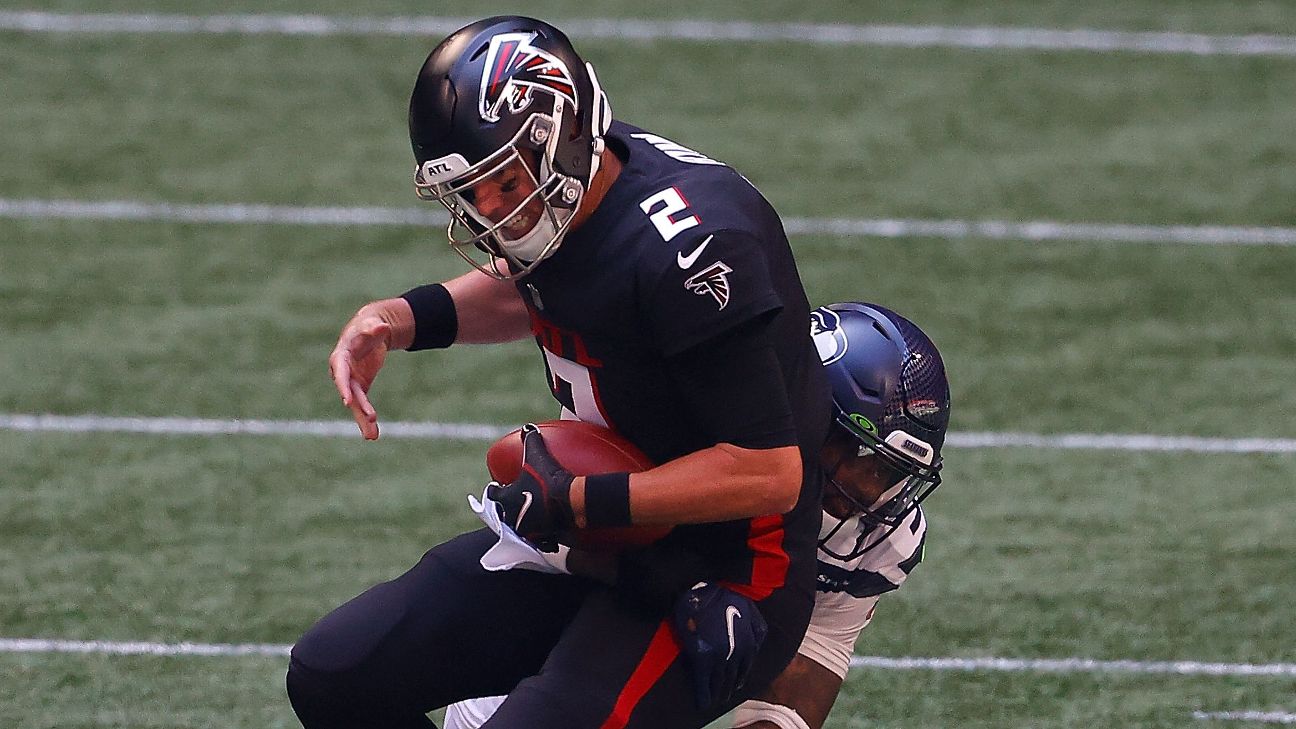 After the blockbuster trade that sent Jamal Adams to the Seattle Seahawks, New York Jets defensive coordinator Gregg Williams created a stir when he said the All-Pro safety might get "bored" playing in a scheme that won't use him the same way he did.

Adams' stellar Seahawks debut suggests that won't be a problem.


"I wasn't bored," a smiling Adams said in a reference to Williams' remarks after Seattle's 38-25 win over the hostAtlanta Falcons. "I was blitzing. I was having fun."

Adams was all over the field Sunday while leading the Seahawks with 12 tackles, which included two for a loss. One was a sack of Matt Ryan, whom Adams pressured several other times as the Seahawks blitzed him early and often off the edge. They've never been a heavy blitzing defense under coach Pete Carroll, but their plan to take advantage of Adams' skillas a blitzer was evident in the opener.

Adams' comment about not being bored came in response to a question about how much the Seahawks are using him as a blitzer compared to his three seasons with the Jets.

"It's about the same, to be honest," he said. "It might have been a little bit more. It reminded me a little bit of [former coach] Todd Bowles when Todd Bowles used me my first two years. But just out there making plays whenever my name is called or my number is called. I'm trying to do whatever I can to help the team win and get put in the best position to get the ball back to [Russell Wilson], because obviously you get the ball back to 3, he's going to make special plays."

Wilson completed 31 of 35 passes for 322 yards and four touchdowns Sunday. According to the NFL, his 88.6% completion rate was tied for the third-highest mark in a single game in league history for a player who attempted at least 35 passes.

"I'm not used to it," Adams said when asked what it was like watching Wilson and Seattle's offense score 38 points. "It's exciting. It's exciting to know when we do come off the field we can definitely make our adjustments, catch a breather. For Russ to go out there and do what he's always done, I'm just happy to be a part of this organization. These guys are telling me they're happy I'm here, but I'm really happy I'm here, man."

Adams appeared to get his hand on an early Ryan pass but was not credited for a pass defensed on the official stat sheet.


"Defensively, you couldn't help but watch Jamal Adams," Carroll said. "He was all over the place. He had 12 or so tackles and a sack and was close on a couple others and just made some beautiful plays, tackles and hits and pressures and all of that. He's an extraordinary football player."

The package of picks the Seahawks gave up for Adams -- which included first-rounders in each of the next two drafts -- was deemed by some observers to be excessive given that he doesn't play what's typically considered a premier position, nor does he take away the ball as often as other top safeties. Adams has only two interceptions in three seasons. He thought he was going to cap off his day with a pick of Ryan's Hail Mary attempt on Atlanta's final play, but Quandre Diggs beat him to it.

"He knows I've only got two interceptions and everybody talks about my interceptions, so he took it from me," Adams said in an amused tone. "I did not see him coming. At the end of the day, that's just a hell of a player for him to come from the backside ... I'm just happy. I'm happy we got the win. I know the pick opportunities will come when they come and I'm happy for Diggs. I told him I'm not mad at him one bit. It is what it is. At the end of the day, the most important thing was getting a W."

In addition to everything Adams can do on the field, part of the Seahawks' motivation for acquiring him was their desire to add his strong personality to a locker room that they feel has lost some of its edge since the heyday of the Legion of Boom.

Carroll said "there's no doubt" that Adams' energy rubs off on teammates.

"He is such an energetic personality," Carroll said. "He's got so much fire in him and he's an incredible competitor. Does it rub off? Yes. I'm so thrilled he's on our team and we got him. Not just for the play but what else he brings and how he affects other people, and he'll continue to do that." 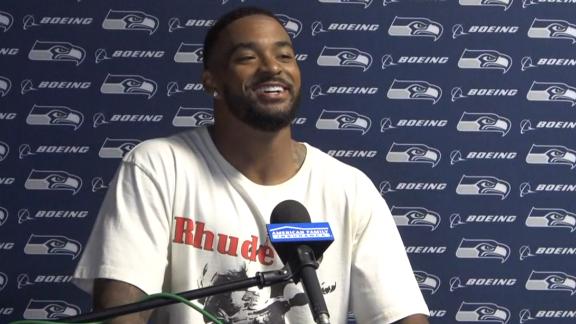 Adams jokes he's not used to the offense scoring 38 points
Jamal Adams has fun talking about the difference in the Jets' and Seahawks' offenses after Seattle's win against Atlanta in his debut with the team.
Report a correction or typo
Related topics:
sportsespnnewsjamal adamsnflnew york jetsseattle seahawks
Copyright © 2021 ESPN Internet Ventures. All rights reserved.
More Videos
From CNN Newsource affiliates
TOP STORIES