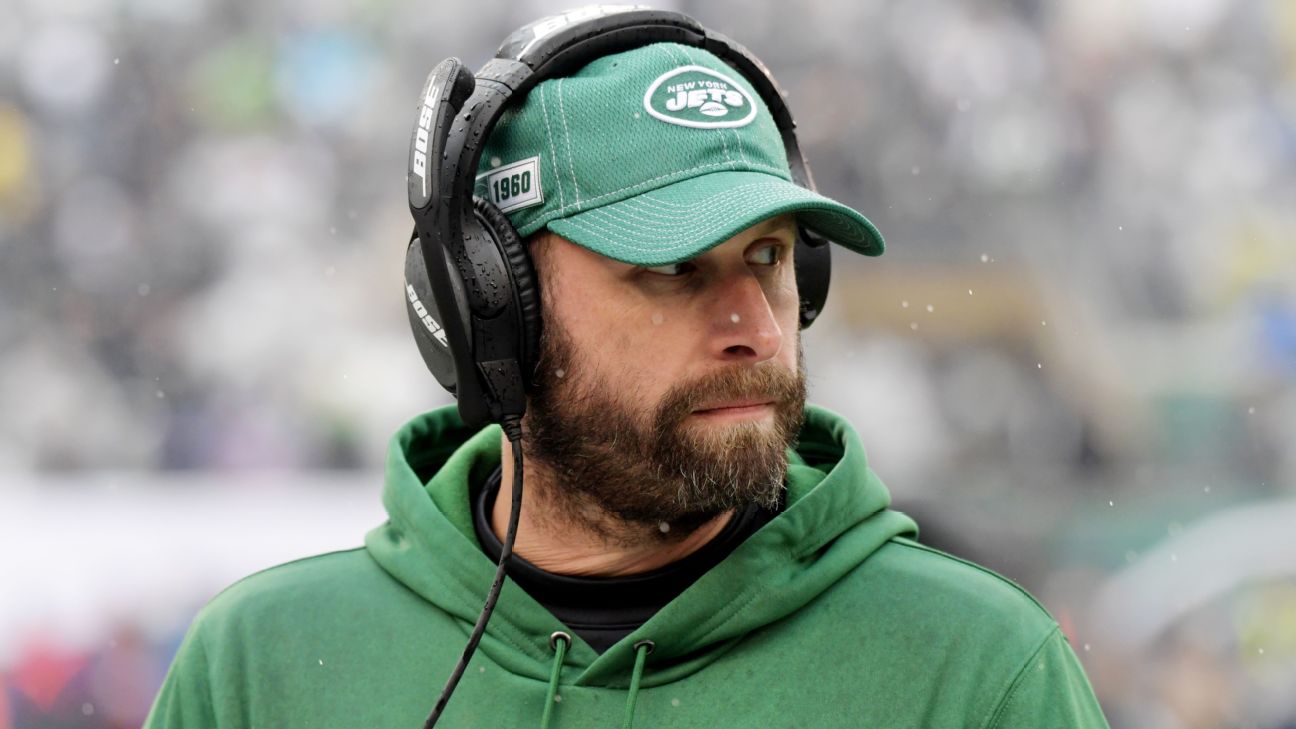 FLORHAM PARK, N.J. --New York Jets coach Adam Gase met with running back Le'Veon Bell to clear the air in the wake of a Twitter rant by Bell in which he questioned his removal him from an instrasquad scrimmage.

"I was caught off guard a little bit, but we had a good talk," Gase said Saturday. "I told him I felt like our relationship was way better than him going on social media ... him being able to just come talk to me."


The dispute happened after Wednesday's scrimmage, when Gase told reporters he pulled Bell after two series because of hamstring tightness. He inserted Frank Gore and, later, rookie La'Mical Perine.

Minutes later, Bell went on Twitter and said "ain't nothing wrong with my hamstrings" and "it's tough to stay loose when you do a bunch of standing around...& I'm used to GOINGGG."

The Gase-Bell relationship has been highly scrutinized since he signed with the Jets in March, 2019. Gase said they spoke for "a long time" after Wednesday's dispute.

"When I explained some things to him, he understood what I've been trying to do in practice. He knows we've been trying to thread the needle on quite a few things with reps, making sure we're doing a good job of getting guys in the right shape heading into Week 1.

"This is unfamiliar territory for all of us," Gase added, alluding to how the pandemic has impacted the ramp-up to the regular season. "We're just trying to find the best way to get ourselves ready for the first game."


The Jets open against the Buffalo Bills on Sept. 13.

Gase said Bell "understood where I was coming from." Bell hasn't been made available to comment since the scrimmage.

Bell's hamstring tightness apparently wasn't an issue on Saturday. Not counting a two-minute drive at the end of practice, Bell got 14 first-team reps; Gore got nine. That's a 60-40 split; they've maintained approximately the same ratio for the entire camp.

Gase admitted he did a "poor job" last season with Bell, overworking him early in the season. Gase said he was "grinding him to the point where he couldn't have felt great in the back half of the season.

Bell, 28, is coming off the worst statistical season of his pro career -- 789 rushing yards and a 3.2 average. He reported to camp in the best shape of his life, he said, predicting a career year.
Report a correction or typo
Related topics:
sportsespnnewsnflnew york jetsfrank goreleveon bell
Copyright © 2021 ESPN Internet Ventures. All rights reserved.
More Videos
From CNN Newsource affiliates
TOP STORIES