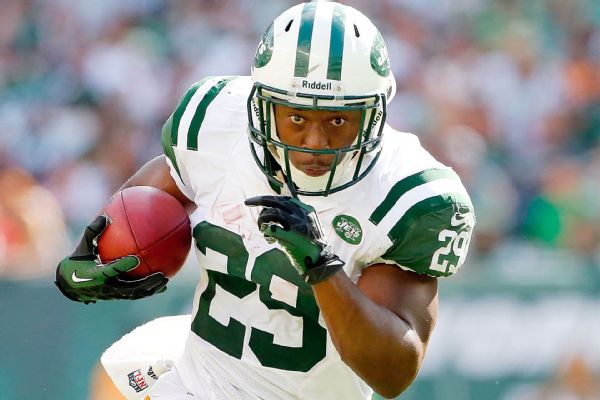 FLORHAM PARK, N.J. --New York Jets running back Bilal Powell, the longest-tenured player on the team, will have season-ending neck surgery for a potential career-ending injury.

Powell suffered a significant disk injury while being tackled last Sunday by Minnesota Vikings linebacker Anthony Barr. It didn't appear serious at the time, as Powell sat up immediately and walked off the field, but it had been "a recurring injury," according to Bowles.

"This time," Bowles said, "it just happened to be bad."

Wide receiver Quincy Enunwa suffered a similar injury during the 2017 training camp, resulting in season-ending surgery. Enunwa made a full recovery, but the team fears Powell's injury could be worse, Bowles said.

Powell, who turns 30 on Saturday, is a free agent after the season. He's a man of few words, but he's one of the most respected players in the locker room.

"Bilal is one of the hardest workers on this team," Bowles said. "It's a big blow from that standpoint, but you worry more about the person, healing, than the football player."

Powell, a fourth-round pick in 2011, has rushed for 3,446 yards in his Jets career, putting him 10th on the franchise list. News of his injury hit hard.

"It's one of the toughest things," nose tackle Steve McLendon said. "It almost makes me emotional because I know how hard he worked. ... This is how a lot of guys feed their family, and you never want to see someone lose that ability."

Wide receiver Jermaine Kearse said, "He had a lot of respect in this locker room. Ask anybody around here. When you see him dealing with a situation like this, all you can do is offer an endless amount of support."