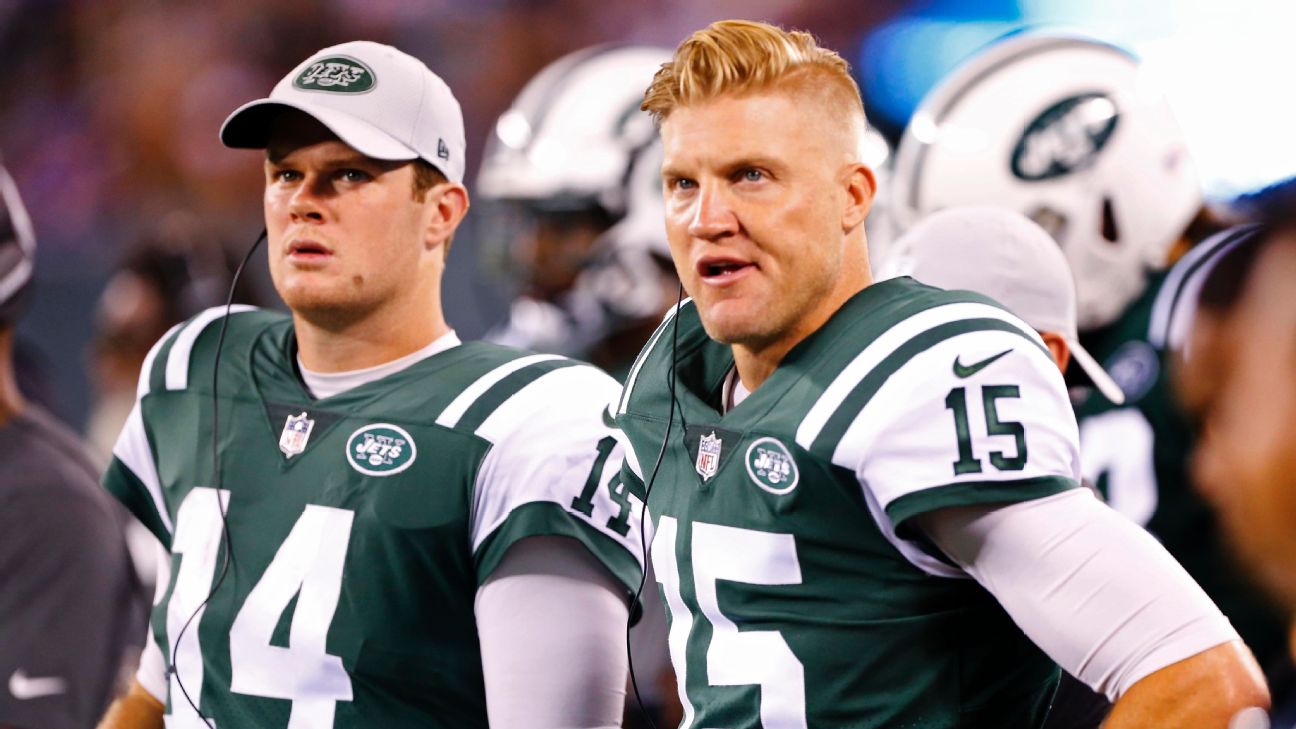 Brady has been limited in practice this week with a knee injury but is expected to play Sunday.

Bowles' announcement came as no surprise, as Darnold hasn't practiced since straining his right foot Nov. 4 against the Miami Dolphins. The rookie took some baby steps this week, dressing for practice and jogging on the side, but he wasn't cleared to participate -- not even in light positional drills.

The Jets are hopeful that Darnold, 3-6 as the starter, can return in next week's road game against the Tennessee Titans.

Once again, the Jets will turn to McCown, their $10 million backup. The combined age for McCown and Brady is 80 years, 258 days, making them the second-oldest pair of starters since the 1970 merger, according to the Elias Sports Bureau.

"Our careers, other than age, there's probably not a lot of similarities," McCown said with a laugh. "But I can respect what he's gone through year in and year out to get himself ready to play. Physically, mentally, and then the focus is takes to do that, is remarkable.

"As young quarterbacks, you look around the league and say, 'Who is the standard?' or 'Who do you want to model yourself after?' Tom has certainly set that mark."

McCown was ineffective in the Jets' previous game, a 41-10 loss to the Buffalo Bills before the bye week. In his first action of 2018, he completed only 17 of 34 passes for 135 yards, two interceptions and a 35.8 passer rating.

The Jets, as a whole, have been struggling on offense, as they've scored only 43 points during their current four-game losing streak. They've never lost five in a row under Bowles.

Wide receiver Robby Anderson, who sat out the last game with an ankle sprain, returned to practice Friday and is questionable. The Jets are hopeful he can play.