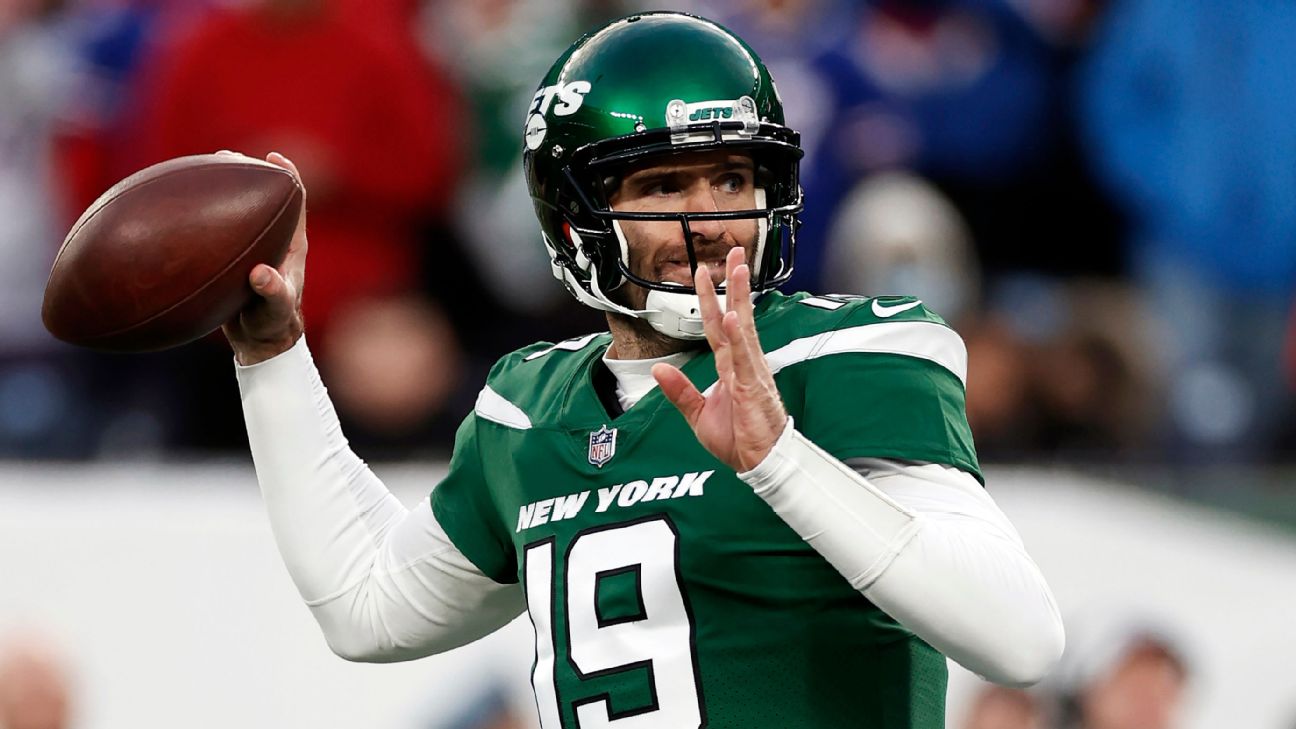 Coach Robert Saleh, who tested positive Wednesday morning after reporting symptoms, ran virtual team meetings Thursday from a nearby hotel room as he awaited test results. Saleh, who needs two negative tests before he's cleared to return, was feeling much better and hoping for a quick return, a source said.

Without Flacco, who said recently that he's unvaccinated, the backup job for Sunday against the Jacksonville Jaguars will go to Mike White. He spent more than three weeks on the COVID-19 list before being activated earlier this week.

Duvernay-Tardif, a medical doctor, famously opted out last season with the Kansas City Chiefs to treat COVID-19 patients in his native Canada. On Monday, he expressed support for the NFL's new protocols, testing only symptomatic players, but said the potential "downside" is players concealing symptoms so they can stay on the field.

"I just hope guys will be honest with themselves because, at the end of the day, they're putting me at risk as a player who follows the rules and guidelines if they're going on the field with symptoms," he said.

Safety Elijah Riley is in the concussion protocol, leaving that position perilously thin. The Jets are so depleted that two players acquired this week, Will Parks (waivers from the Miami Dolphins) and Kai Nacua (San Francisco 49ers' practice squad), could be in uniform on Sunday. Cornerback Jason Pinnock also can play safety.


The Jets (3-11) already were hurting on defense. They rank 32nd in yards allowed.

"It's an enormous challenge for this defensive coaching staff and for these players as well," defensive coordinator Jeff Ulbrich said. "When you've got guys that, not only have they not taken reps as a Jet, but they also just got here within 48 hours. So it's a lot of sleepless nights for these coaches and players just trying to get caught up."

Ulbrich said the safety situation is so dire that it's "new territory, for me, and I think for anybody involved in football."