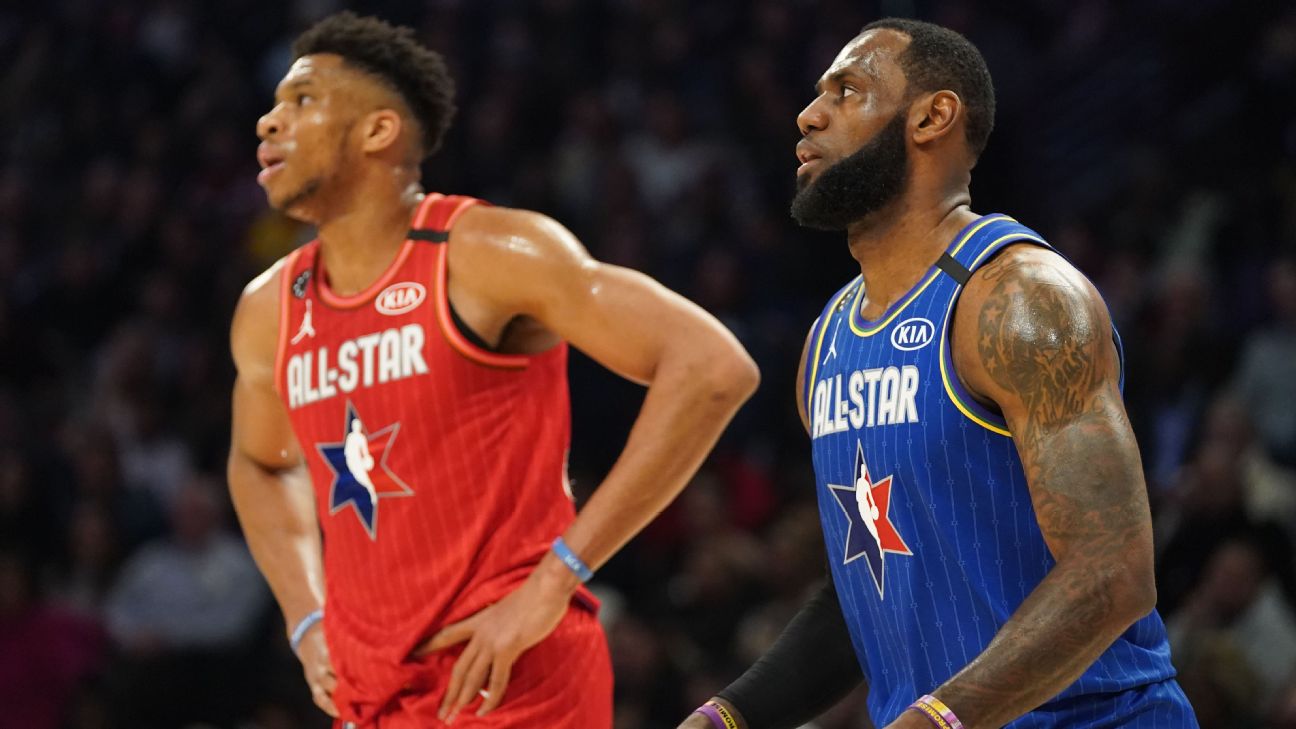 The past two years, LeBron James couldn't have Giannis Antetokounmpo on his NBA All-Star team because the two of them were captains of their respective squads.

But this year, with Kevin Durant getting the other captaincy opposite James, he made sure he would be playing alongside the NBA's two-time reigning Most Valuable Player by taking him with the first overall pick of Thursday night's All-Star Game draft on TNT.


"I just try to pick players that can complement one another," James said before taking Antetokounmpo to begin the draft, when asked why he has won the first three times he has been a captain. "We're out on the floor, just try to play the game the right way. It's an All-Star Game, so it's going to be some shenanigans out there, but for the majority of the game, we just play the right way and try to get a win."

The leading vote-getters from the Eastern and Western Conferences then went back and forth in selecting the remaining starters for Sunday's game in Atlanta, as voted on by a combination of fans, players and media members.

James and Durant each then chose seven reserves. The final two players on the board ended up being Donovan Mitchell and Rudy Gobert of the league-leading Utah Jazz. Mitchell was eventually selected by Durant; James took Gobert.

The Jazz are at the top of the NBA with a 27-9 record, and their two All-Stars going last caused some controversy on the TNT set. James attempted to defend himself and Durant for how things shook out.

"I just want to say something, because there's no slander to the Utah Jazz," James said with a smile. "But you guys got to understand, just like in video games growing up, we never played with Utah. Even as great as Karl Malone and John Stockton were, we never would have picked those guys. Never."

TNT analyst and NBA Hall of Famer Charles Barkley then gave James a hard time for his drafting acumen, saying, "LeBron says he needs some size, and he has 7-5 Gobert, and he takes 6-2[Domantas] Sabonis," drawing plenty of laughs from everyone involved.

This is the first time one of the captains won't be participating in the game, as Durant is out until after the All-Star break because of a hamstring strain that has sidelined him since early February. So with Celtics forward Jayson Tatum replacing Durant in the starting lineup -- meaning there were nine players to choose from as starters -- Durant wound up with the final two picks of the starting group, and then he got the first pick of the reserve round.

There also were picks that frustrated both men, with Durant needing to pause for a moment after wanting to take Simmons, and James saying he'd hoped to get Williamson.

Antetokounmpo hasn't played with James since his first All-Star Game four years ago. He said after theBucks' win over the Grizzlieson Thursday night that James makes for an easy teammate.

"He just makes plays. Most of the time you're just wide open and I've never been used to that with somebody else creating the attention and me being wide open all the time," Antetokounmpo said. "So, I've just got to do my job, make the right play too and do what I always do: just play hard and hope I can help him get a win."

The Bucks star got a lot more confident when learning whom he was playing with.

Before the two of them picked teams, TNT aired a clip of Durant and James talking to each other right before Durant's All-Star debut at the 2010 game in Dallas.


"I was nervous to talk to Bron in that little sequence right there," Durant said with a laugh.

"For us to be able to shed light on that program, shed light on those kids, it means a lot to me and my foundation and the things we do in my hometown," James said in explaining his choice.

"It's just an honor to get to represent so many people and use this platform to help advance education [for] our youth, just the world in general," Durant said. "So we're looking forward to it."

While Durant won't be playing in the All-Star Game, James -- despite sitting out Wednesday's loss to the Sacramento Kings, the first game he has missed this season -- will be on the court.

"I'm good," James said, when asked how he's feeling. "Obviously, it's a long season, and want to make sure my body, my mind is as fresh as possible going into the second half of the season. So, it's been a good first half, and hopefully it can be a better second half, so looking forward to the final stretch." 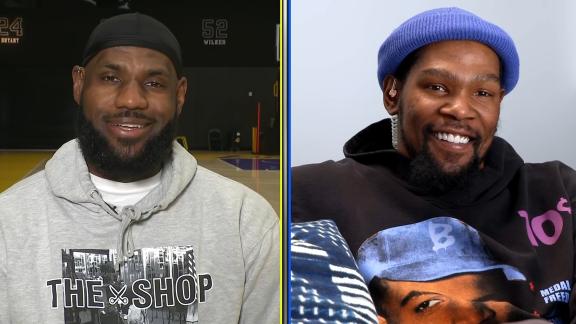 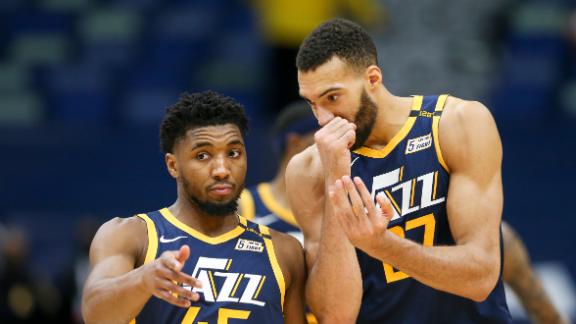