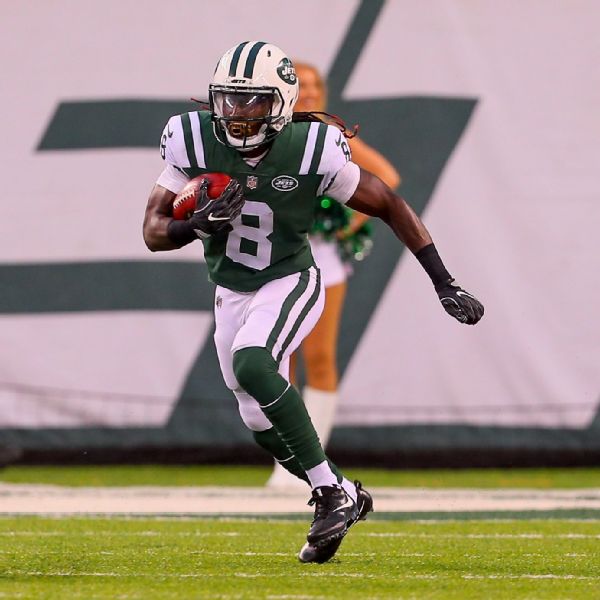 FLORHAM PARK, N.J. -- Lucky Whitehead's strange summer took an unfortunate turn on Tuesday, when it was announced by the New York Jets that he will be out indefinitely with a broken left foot.

Whitehead, the team's most experienced punt and kickoff returner, was injured Monday. He was spotted on crutches, wearing a walking boot Tuesday. Coach Todd Bowles said it's unclear whether Whitehead will require surgery.

It has been an eventful few weeks for Whitehead, who was released by the Dallas Cowboys on July 24 after Virginia police announced it had issued an arrest warrant for a shoplifting charge.

Whitehead called it a case of mistaken identity, a claim that was backed up the following day, when police admitted they had made a mistake.

A week earlier, Whitehead announced on Instagram that his dog had been stolen and was being held for a ransom. It was returned the next day.

The Jets, desperate for wide-receiver help and an experienced returner, claimed Whitehead on waivers after his ouster in Dallas. "I'm just happy to get an opportunity to start over and clean my slate," he said at the start of training camp.

In the preseason opener, Whitehead returned two punts for 10 yards and one kickoff for 23 yards. He didn't catch any passes.