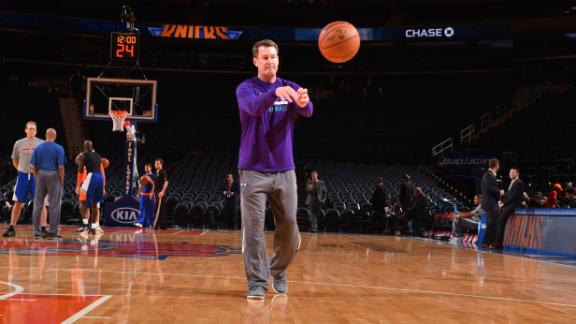 Price, 51, is currently an assistant coach in the NBA with the Charlotte Hornets. He was a standout at Georgia Tech from 1982 to 1986 and played 12 years in the NBA, where he was a four-time All-Star.

Sources told ESPN on Tuesday that Price was offered a five-year deal.

Price will replace Alan Major, who parted ways with the school last week after five seasons in which he took two medical leaves of absence. Major was 67-70 personally, and the school was 75-81 in his time at the school.

In addition to his stint with the Hornets, Price also has been an assistant coach with theDenver Nuggets, Atlanta Hawks, Golden State Warriors and Orlando Magic.