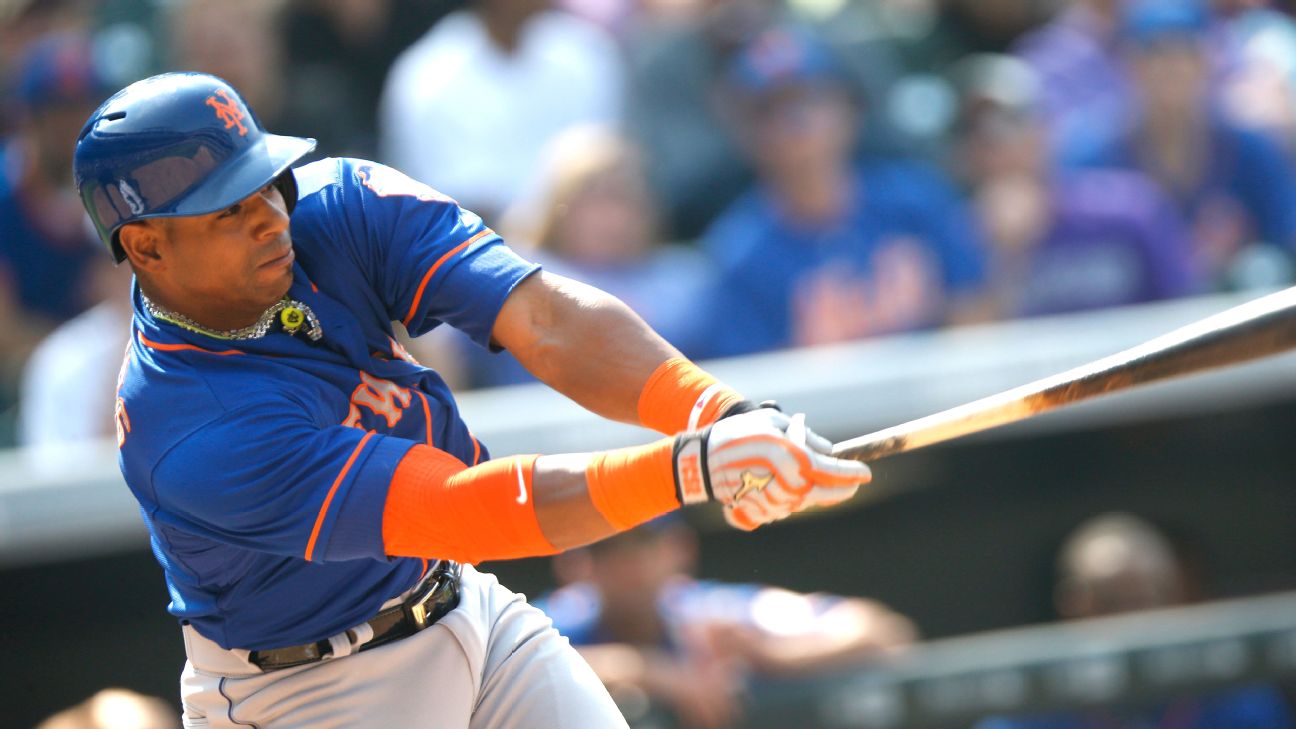 NEW YORK -- The Mets don't expect to have an idea until sometime during the season when Yoenis Cespedes will return from surgery on both heels.

The 33-year-old outfielder was limited to 38 games last year. Dr. Robert Anderson operated to remove bone calcification from Cespedes' right heel on Aug. 2 and from the left on Oct. 26.

Cespedes is owed $29 million in 2019 and $29.5 million in 2020, the final two seasons of a $110 million, four-year contract. He hit .262 with nine homers and 29 RBI last year, when he missed two months after a May 13 game at Philadelphia with what the Mets said was a strained right hip flexor. He homered at the New York Yankees in his return July 20, then surprised the Mets after that game by revealing the foot issues.