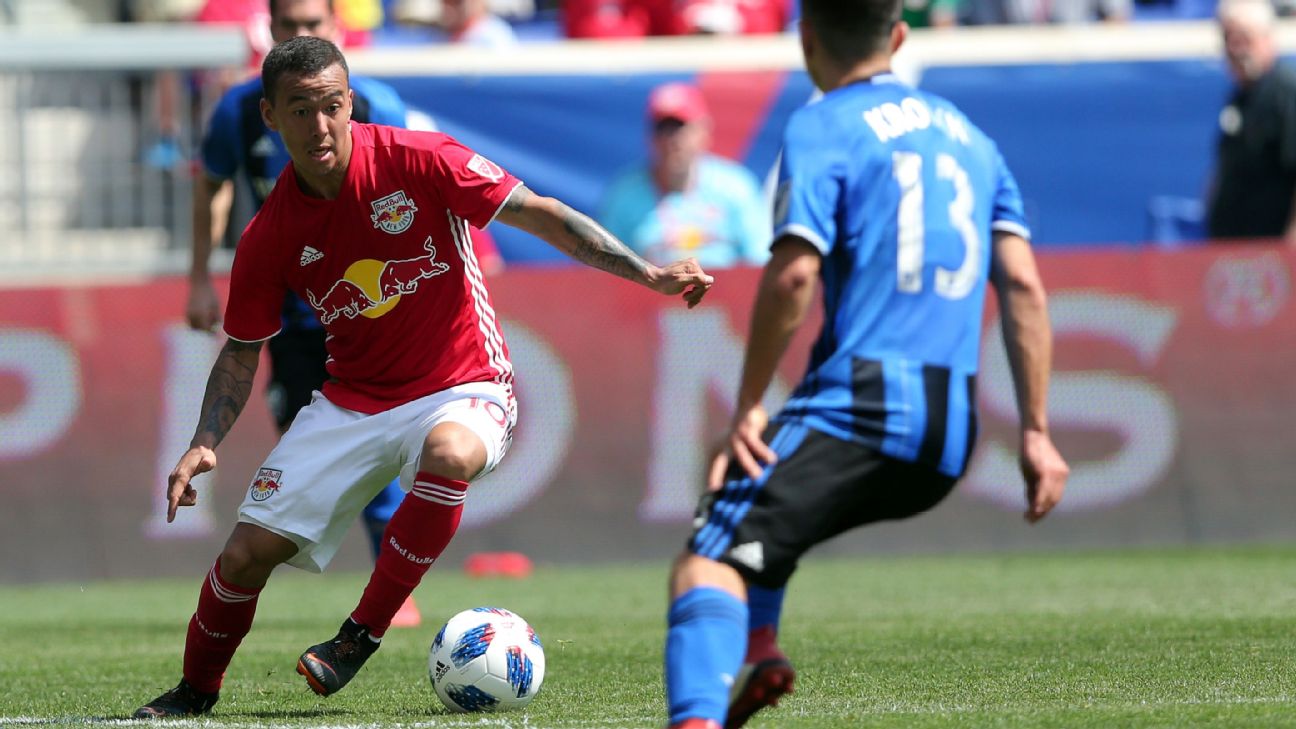 Romero has been heavily linked with the Liga MX giant, as has Benfica's Chilean striker Nico Castillo, but America has been unable to agree transfer fees to bring in either target so far this window.

Herrera said the reigning Liga MX champion is not willing to overpay simply because it is Club America.

"We aren't desperate, the team is doing well and we are being cautious and looking for what we need to look for," said the former Mexico coach after his team's 1-0 Copa MX win over Atletico San Luis on Wednesday. "Everyone thinks America has to spend crazily, but no."

"We have an idea of what a player costs and we offer it and we don't have to go crazy because they [another club] want to be wise guys. We have a line [of thinking] and we're following it."

"The good news is that the [players] we've spoken to do want to come."

Argentine playmaker Romero is on a Designated Player contract at the Red Bulls, but his agent Gustavo Casasola told ESPN Mexico that the MLS club is asking for $12 million for the 24-year-old.

Casasola said he'd spoken to Red Bulls sporting director Denis Hamlett, who originally suggested to him that an offer of $6.5-7 million could be enough to secure the transfer.

The agent also hinted initial terms have been agreed with America and that Romero isn't happy with the wage he is currently on at Red Bulls.

"He has a poor salary compared to his quality," said Casasola. "It is a good salary compared to anyone else, but if you compare it with the level of [Atlanta United striker] Josef Martinez, well he earns five times less than Josef. I don't understand. A player's career is short and a footballer's time lasts six or seven years."

The 24-year-old Paraguayan international confirmed that he has asked the MLS club to negotiate his transfer fee to Club America and hit out at what he sees as Red Bulls' unreasonable transfer fee demands in a bid to push through the move.

"We want [Red Bulls] to receive money and recoup what they invested so everyone can be happy, but I don't think the price [Red Bulls are asking] is reasonable," Romero told ESPN Mexico.

Romero also confirmed that he is training so that he is in shape in case the move to Club America, which he described as being "very important" to his career, happens.

Romero tweeted on Wednesday that "the last key is sometimes the one that opens the door" and included an eagle emoji relating to Club America.

Benfica's Castillo has also been regularly linked to this transfer window, with the former Pumas striker not getting many minutes in Portugal and in need of playing time ahead of next summer's Copa America.

It's been a testing January in general for Club America. Diego Lainez left for Real Betis, French forward Jeremy Menez is out injured until March, while Roger Martinez and Mateus Uribe are both just coming back from injuries.

Winger Cecilio Dominguez is also expected to leave for Independiente and Argentine Cristian Insaurralde has been linked with Newell's Old Boys.