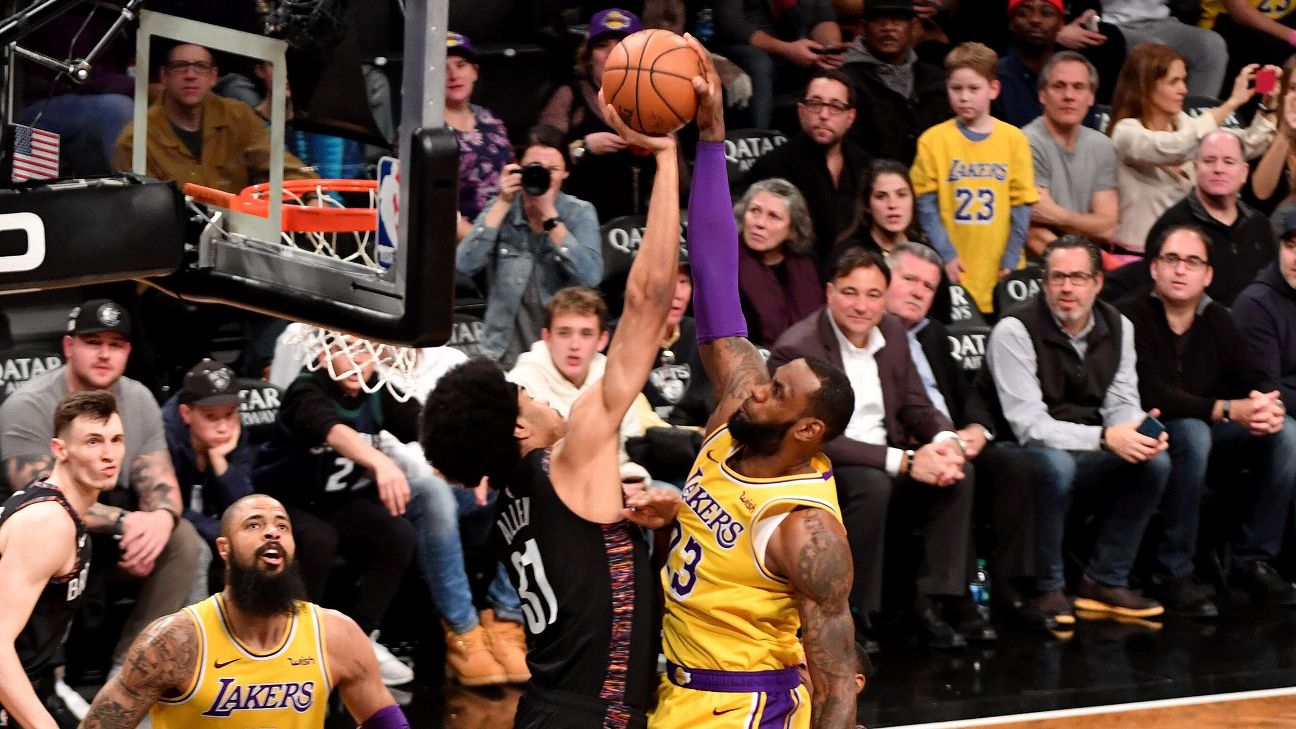 That approach led to a remarkable block on James in the first quarter of the Nets' 115-110 win over the Los Angeles Lakers.

Allen met James above the rim in the second minute of the game, rejecting the attempt and putting himself on a short list of players to block one of James' dunk tries.

Allen is only the eighth player to block the four-time MVP, who has been denied just nine times in 1,850 dunk attempts in his career, according to ESPN Stats & Information.

"I thought he made a statement with that block."

The Nets (14-18) won their sixth straight game -- an NBA high this season -- thanks to Allen's rim protection, along with 22 points and a career-high 13 assists from ex-Laker D'Angelo Russelland a host of contributions from others.

"That's the only way you have a chance to beat this team, if everybody plays well," Atkinson said. "And I thought they did."

The Nets most recently won six consecutive games in 2015.

LeBron, Allen break down the big denial
After Jarrett Allen meets LeBron James to block him at the rim, LeBron and Allen react to it.