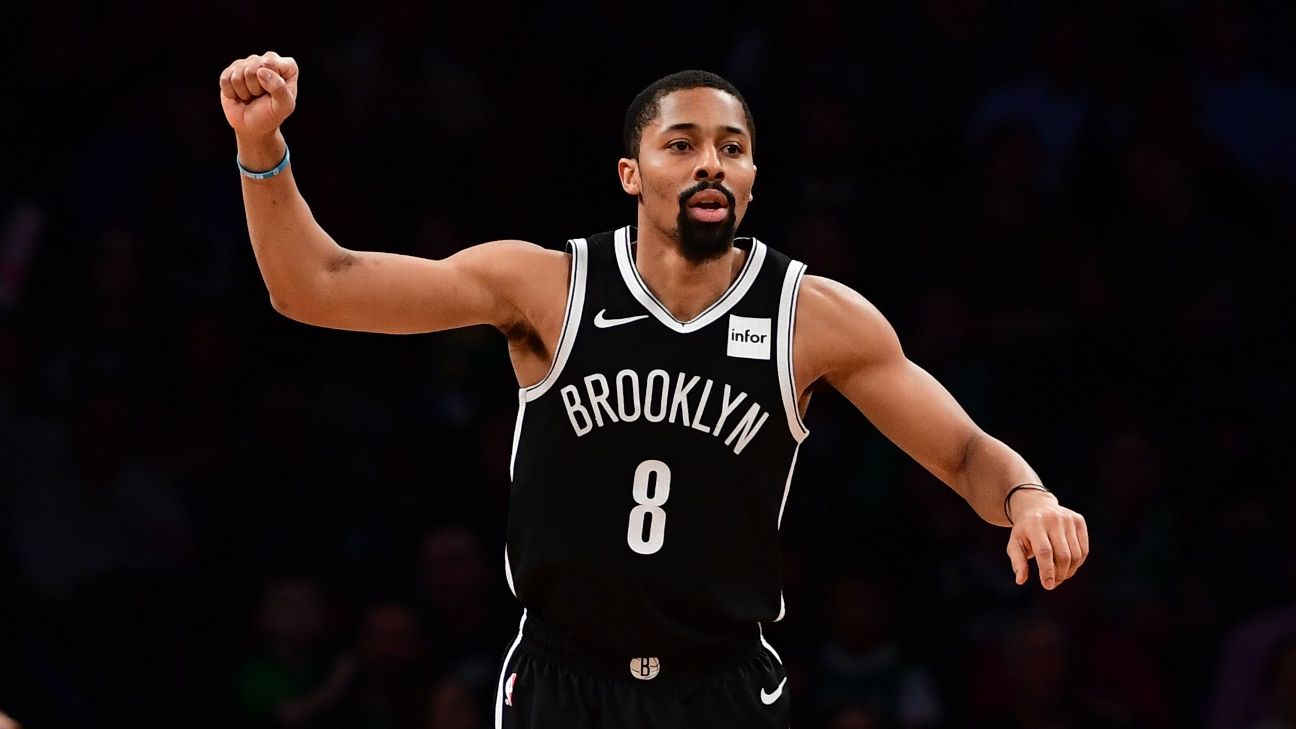 CHICAGO -- On the final night of a five-game road trip, the Brooklyn Nets entered the fourth quarterat the United Center trailing theChicago Bulls78-74 without All-Star guard Kyrie Irvingas he rested his injured shoulder.

Then,Spencer Dinwiddie caught fire down the stretch, and the Nets didn't trail for much longer.

"He took over," Nets coach Kenny Atkinson said. "His drives, how aggressive he was, understanding the mismatch, understanding when to get out up the blitz. He was just fantastic."

It was a career high for points in any quarter for Dinwiddie, per ESPN Stats & Information research. In fact, in the past three seasons, the only other time a Nets player had 20 points in the fourth quarter was D'Angelo Russell last season against the Kings on March 19, when the Nets came back from 28 points down to win.

"Well, down the stretch, yes, but in general, not really," Dinwiddie said after the game of filling Irving's role. "I'm not Kyrie. He's gonna continue to lead this team and do a great job. I just tried to gauge what needed to be done to win the game. I'm not gonna be Kyrie. Kyrie might win MVP this year."

Even with the free throw margin heavy in the home team's favor for most of the night, and both teams blowing double-digit leads, it was Brooklyn that executed best when it mattered. The Bulls went 11-for-25 (44%) in the fourth, while the Nets connected on 61.1% of their field goal attempts, behind Dinwiddie's 20 points andTaurean Prince's nine.

Prince ended with 13 points and five boards, shooting just 4-for-13.Zach LaVine led Chicago with a season-high 36 points, with 16 in the fourth.

The win ended a three-game losing streak for Brooklyn.

"It's pretty big, obviously, anytime you can shift the momentum of a road trip and end it on a high note going into a homestand," said Nets forward Joe Harris, who contributed a season-high 22 points and a career-best eight assists. "It's big just in terms of confidence and overall momentum."

After the win, Irving laughed and joked next to teammate DeAndre Jordan in a chair next to his locker room stall. He told the guys, "Good win" before walking out to the team bus. The Nets were headed back to Brooklyn to play Indiana on Monday.

Irving's status remains day-to-day as he continues to battle right shoulder impingement. For one night, in Chicago, Dinwiddie was able to help carry the load in Irving's absence.

After the final buzzer, 27-year-old Matt Abreu reaped the benefits from the performance by catching a pair of game-used Dinwiddie sneakers from his K8IROS line. Abreu made the 2#&189;-hour drive from Portage, Michigan, to Chicago to watch his favorite player, alongside his wife, LeeAnn, in Dinwiddie's white No. 8 jersey.

"I just think he's a very special player, and it's been an inspiration to me as well just to see his journey to get to where he is," Abreu told ESPN. "I really look up to him. It's pretty crazy. I was not expecting this at all."

Neither were the Bulls, who dropped to 4-9 on the season. 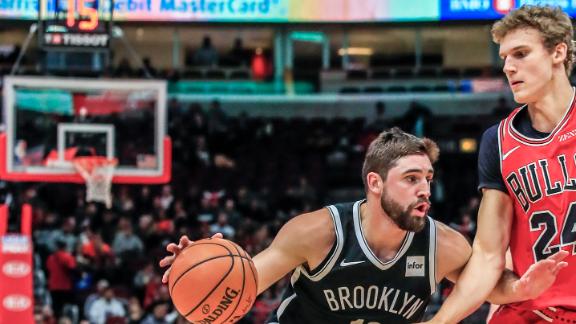