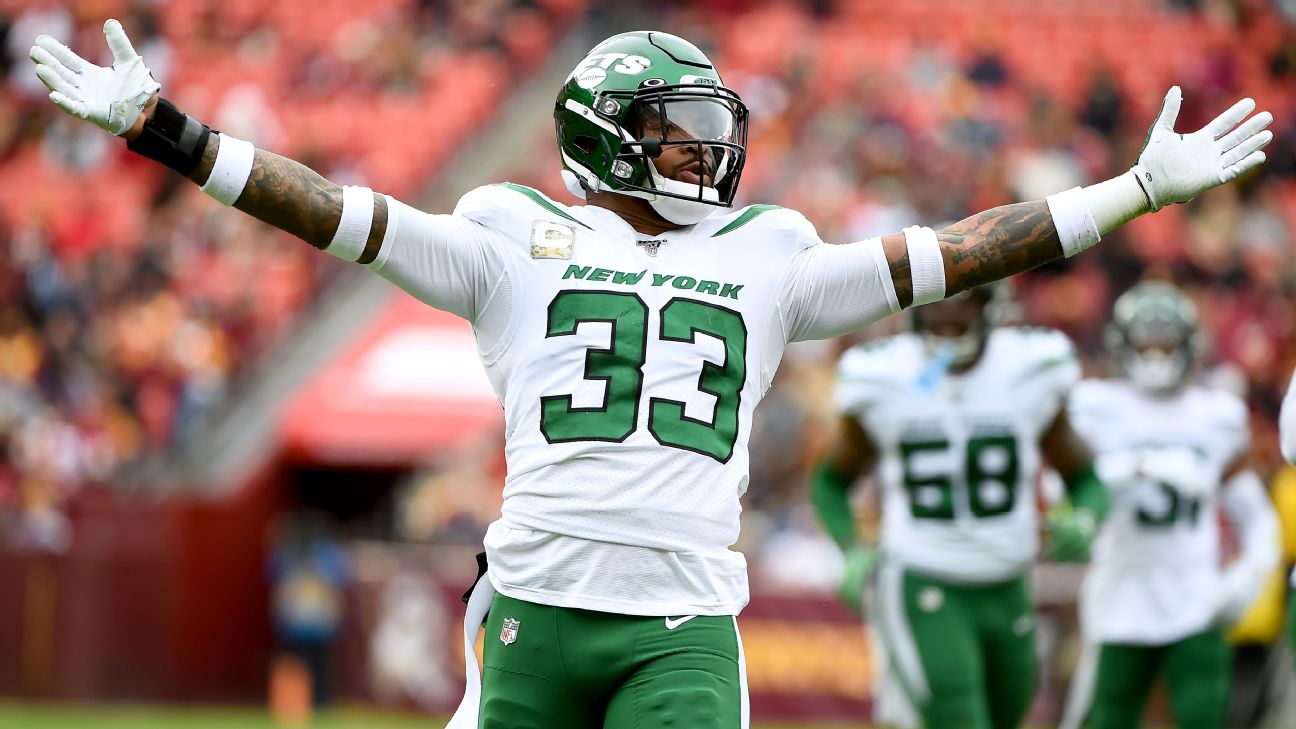 After a seven-month contract dispute, the New York Jets agreed to trade All-Pro safety Jamal Adams to the Seattle Seahawks for a package that includes first-round draft picks in each of the next two years.

The Seahawks will send safety Bradley McDougald, first-round picks in 2021 and 2022 and a third-round pick in 2021 to New York in exchange for Adams and the Jets' fourth-round pick in 2022. The deal is pending physicals.


Adams is scheduled to fly to Seattle on Monday to undergo his physical with the Seahawks on the same day, a source told ESPN's Adam Schefter.

Saturday's move came one month after Adams formally requested a trade. For months, the Jets had no intention of trading him, sources said, but general manager Joe Douglas did an about-face.

"While we had maintained our interest in Jamal Adams having a long successful career with the Jets, we know it's important to be prepared and willing to adjust to new offers and circumstances," Douglas said in part in a statement. "As I have always said, my job is to listen to calls and this offer was one we could not ignore."

Adams, 24, made it clear he wanted no part of the Jets, using social media to criticize the team and to say goodbye to teammates. In recent days, he attacked coach Adam Gase in a newspaper interview and owner Woody Johnson on Twitter. Team officials were infuriated by his behavior, sources said, creating acrimony between the two sides.

The Jets and Seahawks already were far along in trade talks by the time Adams' criticism of Gase was published on Friday, a source said.

The trade was held up briefly Friday as the Seahawks waited for clarity on future salary caps, a source said. There was uncertainty because of the coronavirus pandemic, but the league and NFL Players Association reached an agreement.

The Jets and Seahawks started talking several weeks ago. The Jets received calls from a few other teams, but the Seahawks were by far the most aggressive suitor. Things got serious when they sweetened the offer by including their 2022 first-round pick; that occurred a few weeks ago. The framework of the trade was in place Friday, when they awaited a resolution from the league and union on the salary cap.

The Jets didn't shop him before the draft and received no inquiries, so they kept him with the hope that he'd play 2020 under his existing contract. They weren't surprised by his trade request. While it didn't alter their strategy at the time, a source said, it may have sparked the Seahawks' interest.

Frustrated by a lack of progress in talks, Adams submitted to the Jets on June 18 a list of seven preferred trade destinations. At the time, the Jets did not grant Adams' agents permission to seek a trade.

"Yes, I want Jamal on our team," Gase said in late June, a week after the trade request.

The Jets refused to budge on a contract extension because Adams is signed through 2021, not counting a potential franchise tag in 2022. Sources say his goal is to surpass the Chicago Bears' Eddie Jackson ($14.6 million per year) as the league's highest-paid safety. Adams averages $5.6 million on his rookie deal.


Adams' goal of becoming the NFL's highest-paid safety has not changed, a source told Schefter.

Seattle has no long-term deal in place with Adams at this time, a source told ESPN's Dan Graziano. A new contract now was not a stipulation for the trade, so the Seahawks felt comfortable if the parties waited until next offseason to extend his contract, sources told ESPN's Jeremy Fowler.

The Adams-Jets relationship dissolved quickly. On Jan. 27, Adams tweeted, "I want to be in New York!" In the same tweet, he said he expected an extension before the start of the season. Less than four months later, the two sides were at odds.

Publicly, Douglas praised Adams at every turn, saying he wanted to make him "a Jet for life." But at no point did the GM give a timetable on an extension. He postponed talks until after the draft, and those discussions were not productive, a source said.

The Adams camp was frustrated by what it perceived as broken promises and a lack of communication by the Jets, prompting the trade request, sources said.

In reality, Adams' relationship with management has been strained since last fall, when word leaked the Jets had entertained trade offers from the Dallas Cowboys.

The outspoken Adams said he felt betrayed by Douglas, who was hired in June 2019 and didn't draft Adams. At the same time, Adams told friends he wanted to be dealt to the Cowboys, sources said. He grew up in the Dallas area.

Sources told ESPN's Fowler that parties involved in the trade believed both the Cowboys and San Francisco 49ers were in discussions on a deal.

Adams didn't speak to Douglas and Gase for about a week after the trade-deadline controversy. The Jets were in damage control, insisting they never gave serious thought to trading him. The two sides eventually settled their differences, with Adams proclaiming he wanted to be part of the team's long-term future.

After the trade, Adams wrote to Jets fans on social media that they "will hold a special place in my heart forever."


"When I came into the league, you embraced me & watched me grow!" he wrote. "We went through it all together. Thank you for the Luv & support these 3 years."

The Jets will miss Adams on defense. In addition to McDougald, who has played at both strong and free safety in his career, the Jets also have veteran strong safety Matthias Farley, a former Indianapolis Colts starter who played on special teams last season for the Jets. Marcus Maye is the free safety.

Adams was their most dynamic player, a fiery leader who made two Pro Bowls in his first three seasons. Since entering the league in 2017, he ranks in the top five among defensive backs in snaps, tackles, sacks and forced fumbles. He's first in sacks (12) and tied for second in forced fumbles (six).

"I think the world of him," defensive coordinator Gregg Williams said on June 25. "I've had a chance to coach a lot of really good players, some already in the Hall of Fame, many others who are going to go in the Hall of Fame. He's going to have a legitimate chance, staying healthy, to be one of those guys that we're all talking about."

The knock on Adams is that he's not a ball hawk -- only two career interceptions. While the Jets valued him as a tremendous "box" safety -- an "unbelievable player," Douglas said -- they didn't see him as an all-around force and didn't want to dole out a market-setting contract.

Sources told Fowler that the Seahawks were motivated to secure an established player now in part because of uncertainty about the 2021 draft, with the upcoming college season in doubt because of the coronavirus pandemic. Seattle views Adams as not merely a safety but a defensive weapon, sources said.

The Seahawks are coming off one of their worst defensive seasons under coach Pete Carroll. Adams will join Quandre Diggs as starting safeties in a secondary that has the potential to be significantly improved, especially if cornerback Quinton Dunbar doesn't miss time because of his armed robbery case. Left cornerback Shaquill Griffin made the Pro Bowl as an alternate last season.

McDougald, who joined Seattle in 2017, was entering the final year of his contract and was facing competition for his starting job from 2019 second-round pick Marquise Blair. 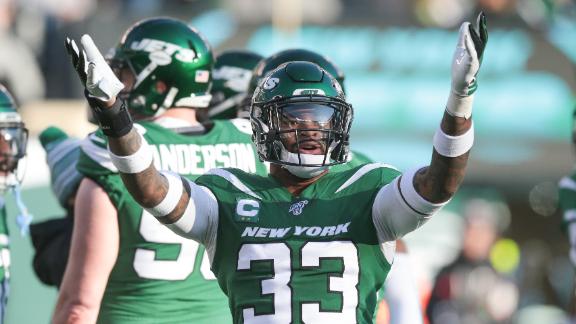