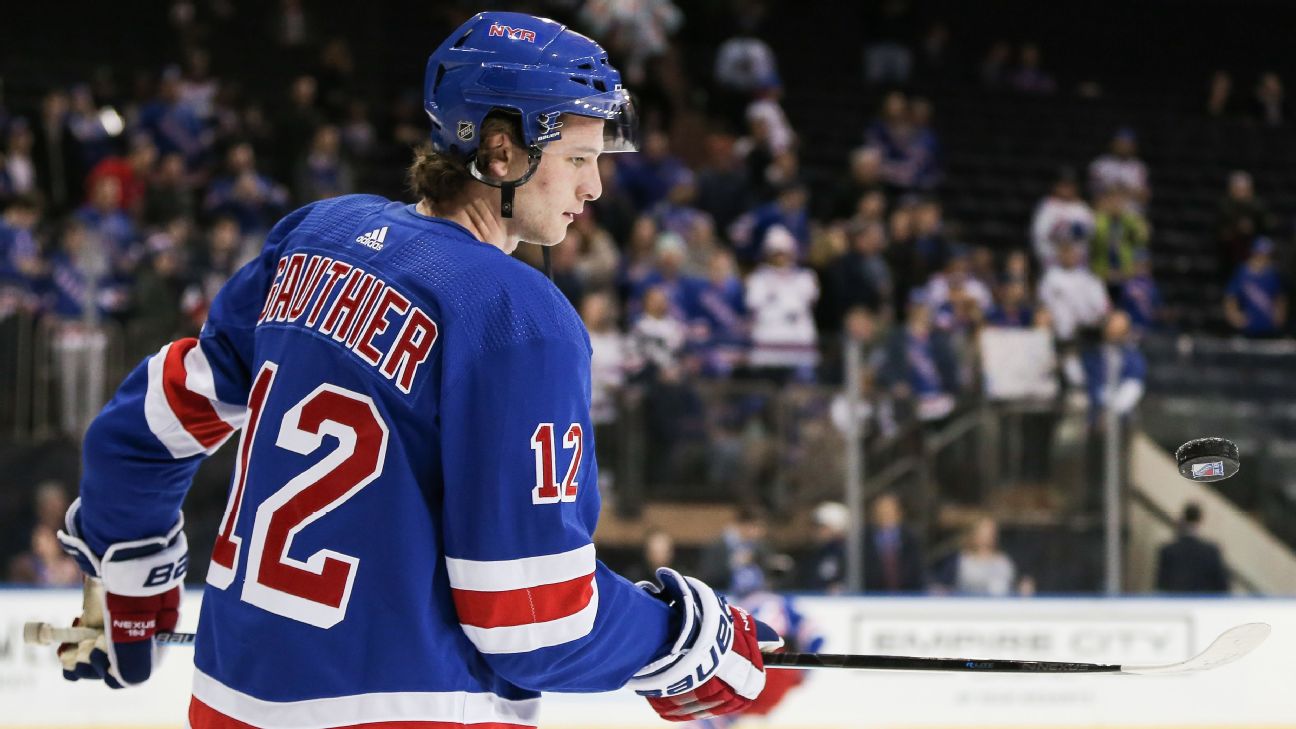 
Gauthier played in 30 games with the Rangers this past season, collecting two goals and six assists. He scored his first career NHL goal on Feb. 10 against Boston.

The 23-year-old has skated in 47 career NHL games over parts of two seasons withCarolinaand the Rangers. He has two goals and nine assists.