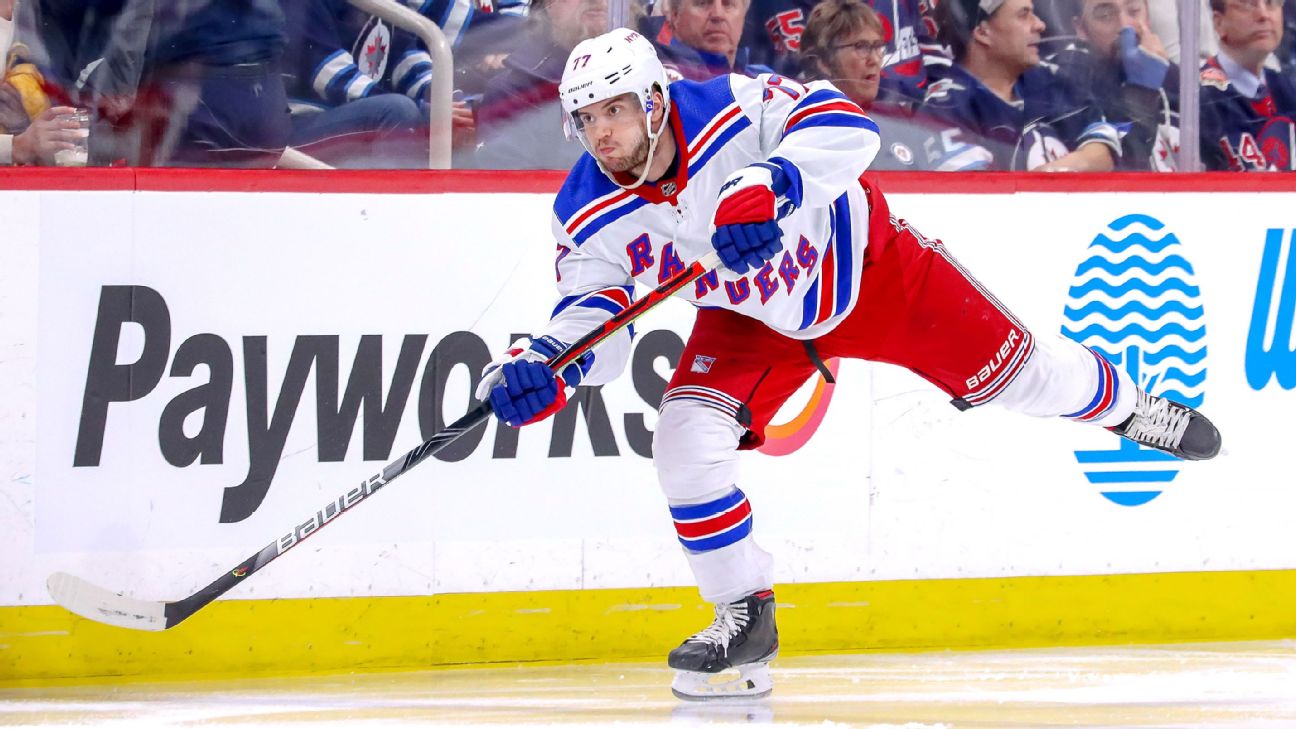 The New York Rangers placed defenseman Tony DeAngelo on waivers Sunday, but he went unclaimed by the NHL's other 30 teams Monday.

It was a surprising move considering New York signed DeAngelo, 25, to a two-year, $9.6 million extension this past October.


It was not immediately clear what the Rangers would do with the defenseman, who remains under contract with them. DeAngelo is not expected to play Monday night against Pittsburgh.

"This isn't about one incident, it's not about one thing," Rangers coach David Quinn told reporters Sunday. "This is a situation that the organization felt was best at this current time, and we'll see how the situation plays out."

DeAngelo led Rangers defensemen in scoring with 15 goals and 38 assists in a breakout 2019-20 season, in which he finished 12th in Norris Trophy voting.

But DeAngelo committed a bad penalty in the 2021 home opener and was benched for two games after that. He also had a rough outing Saturday against the Penguins, and he was on the ice for four of Pittsburgh's goals in a 5-4 overtime loss.


DeAngelo got into a minor altercation after the game with goaltender Alexandar Georgiev, a source told ESPN, confirming a report by The Athletic. Quinn was asked about the incident Sunday but did not comment.

DeAngelo has no goals and one assist in six games this season. Drafted at No. 19 overall in 2014 by the Tampa Bay Lightning, DeAngelo has also played for the Arizona Coyotes and three AHL teams. If DeAngelo clears waivers, he could be put on New York's taxi squad.