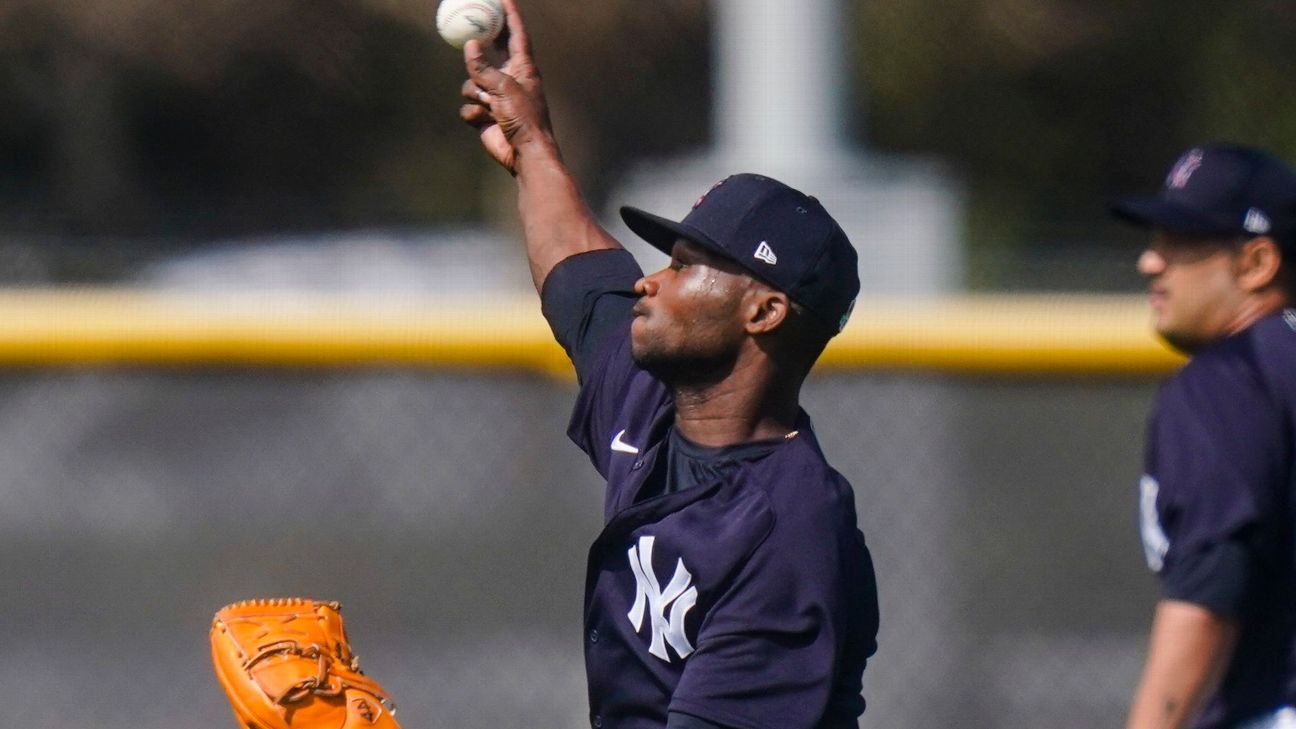 TAMPA, Fla. -- New York Yankees pitcher Domingo German publicly apologized Wednesday for his actions that resulted in a suspension under baseball's domestic violence policy, and while his teammates called his face-to-face comments to them the previous day an important first step, they acknowledged some may "look at him differently now."

German began his videoconference with reporters Wednesday by reading a statement that said in part: "I want to take this opportunity before answering questions to sincerely apologize to the Steinbrenner family, my teammates, the front office and those around me who love me. I have made mistakes of which I am not proud of, and for that I want to apologize."


German addressed the entire team Tuesday, the Yankees' first full-squad workout day, in two separate groups because of COVID-19 protocols, manager Aaron Boone said. Boone called the meetings, which he said lasted around a half hour, "impactful" and "a good step."

First baseman Luke Voit said he was grateful for the apology but suggested German still has work to do with some of his teammates.

"Obviously, he's a friend, so we'll be there for him," Voit said. "But we don't condone it. He messed up, and a lot of guys look at him differently now.

"But I believe in second chances, and the guy deserves a second chance. I hope he's taking the right steps to do what he needs to do better with his family, and I'm grateful that he came and apologized yesterday to us and to the organization. He needs to grow up and be a man. And I think he's finally learning that he's [going] in the right direction."

"It's definitely a big mistake he made and he understands that, and at the same time it's, 'What are you going to do with that mistake?'" Stanton said. "So you're going to improve and look to improve to make everyone around you better and improve yourself. You can show that, and he looks determined to do so. Now it's just giving him the chance to show that."


"Once you can get up and stand in front of the team and address how you're feeling and how you'd like things to go, then that's when the dynamic changes from silence. Moving forward, we're all here. That's what a team is for, and in the clubhouse we all have difficult things that go on, some a lot worse than others, but it's our job to support in the right way when given the opportunity."

German was 18-4 with a 4.03 ERA in 2019 when he was put on administrative leave while Major League Baseball investigated an alleged domestic violence incident involving his girlfriend, with whom he has at least one child. He missed the final nine games of the 2019 regular season and all nine of New York's postseason games. He was suspended for 81 games on Jan. 2 last year, a ban that had 63 games left and cost him the entire 2020 season and playoffs.

"I was able to speak to each player on the team," German said in his statement. "The only acceptable way to begin to move forward was to address them face-to-face. It is worth repeating again today what I told the team, there are a lot of young players who wear this uniform, and I want them to understand the great damage that can be done when mistakes like mine have been made."

German said he was nervous to address the team but felt the players supported him and believed he was honest in his apology.

"I asked for their forgiveness," he said. "I felt that was the best way to have them trust me, and welcome me to the team again."

German made waves on his first day back with the Yankees on reporting day a week ago because of an Instagram post he wrote in Spanish that said "Everything is over." He deleted his posts, then wrote "I'm ready" in Spanish.


German, 28, said Wednesday that he has gone to mandatory counseling.

"I think it was something that benefited me," he said.

He would not discuss the specifics of the event that led to his suspension.

German is expected to compete for a spot in the Yankees' new-look rotation that is full of questions after losing three veteran pitchers to free agency.

"He has done enough to earn the opportunity to be here and to compete and to be a part of this team," Boone said. "Now the proof is in the daily life that he leads, and we're certainly going to do all we can to support him and help him to become the best version of himself possible. But now the proof will be in the days ahead." 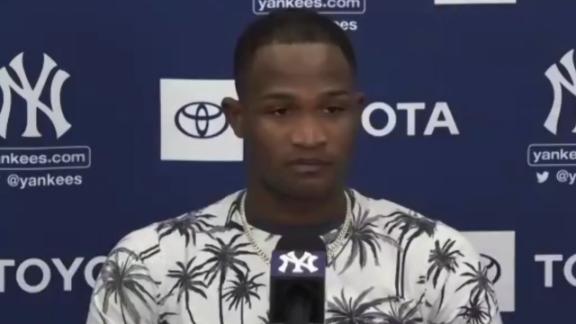