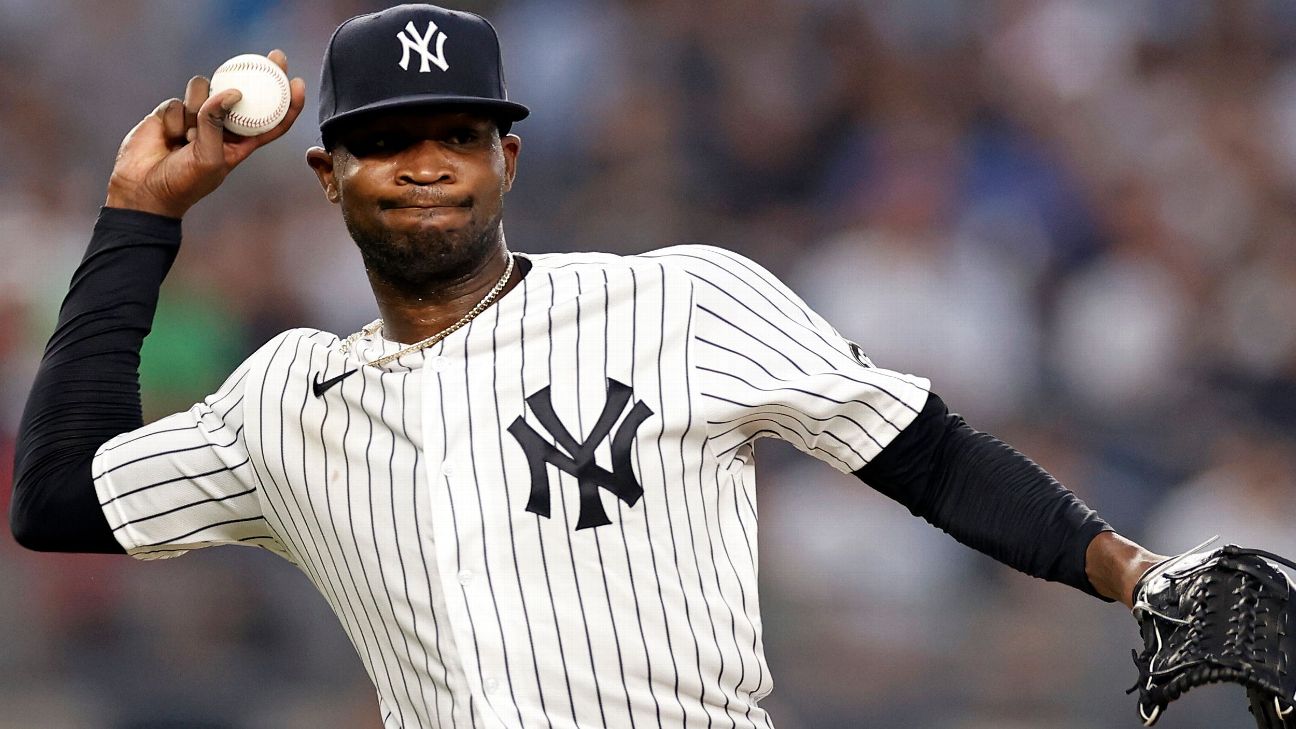 SEATTLE -- New York Yankees starter Domingo German was scratched from his scheduled start on Wednesday night against the Seattle Mariners after undergoing an emergency root canal.

Nick Nelson started in place of German for the Yankees.


Yankees manager Aaron Boone said German underwent the procedure on Wednesday morning and may be available to pitch out of the bullpen if needed.

It may be that German slots back into the rotation on Friday when the Yankees open a three-game series in Houston heading into the All-Star break. New York is currently without a starter for the opener of that series.

Gleyber Torres was back in the lineup for New York after missing the series opener with concern about his left hamstring, but the Yankees expect to be without reliever Darren O'Day for a while. Boone said O'Day injured his hamstring going through his pregame routine before Tuesday's game.


"He hasn't got[ten] the MRI yet, but it does look like it's significant," Boone said.

Boone said he was also encouraged by the bullpen session on Tuesday of injured reliever Zack Britton, who has been out since June 26 with a hamstring strain. Boone said the next step for Britton would probably be throwing a live batting practice.

The Yankees have won two in a row following a humiliating 10-5 loss to the New York Mets on the front end of a doubleheader on Sunday, in a game they led going into the final inning.