NHL 'not even close' to agreement on Olympic participation 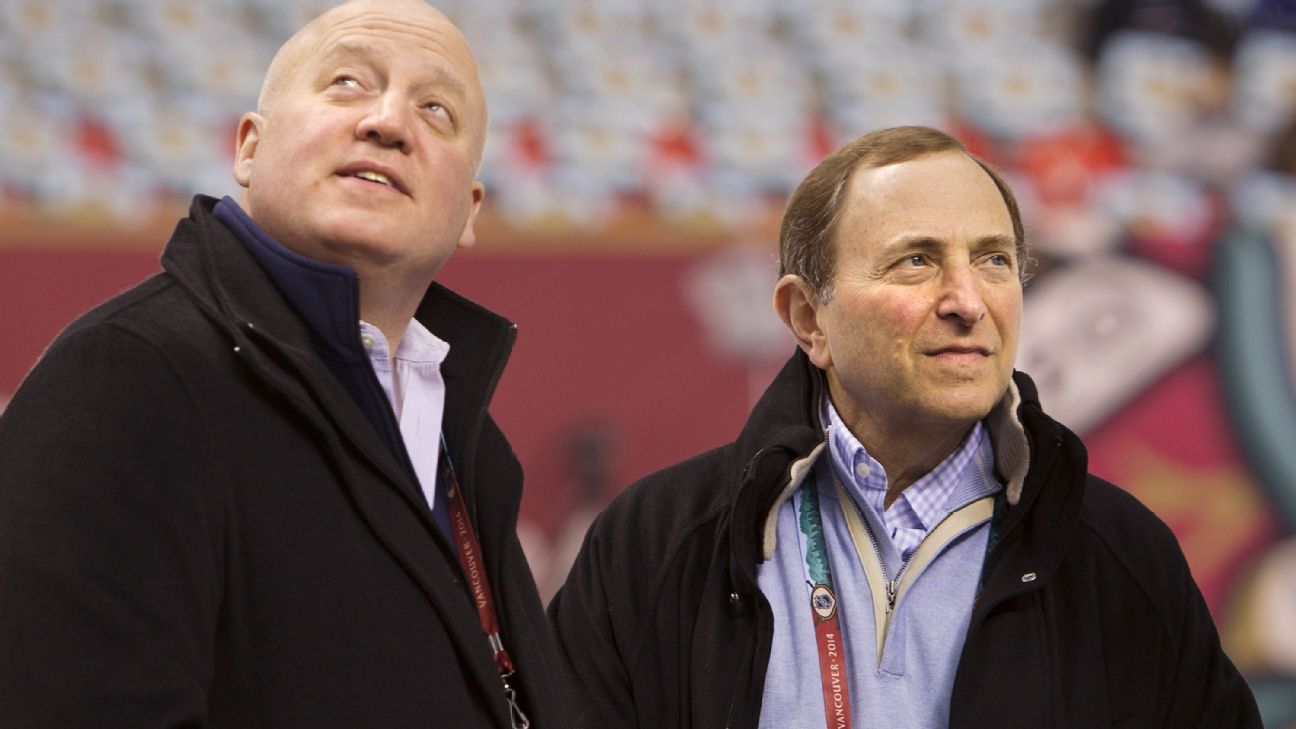 The NHL remains reluctant to reverse course and compete in the 2022 Winter Games in Beijing, despite new assurances --which have the backing of the league's players -- from Olympic officials to resolve some major stumbling blocks.

NHL deputy commissioner Bill Daly significantly tamped hopes of the world's best players returning to the Olympics for the first time since 2014 by referring to recent talks as "very preliminary" and leaving open many unanswered questions.

"We aren't there yet. In fact, we aren't even close to being there," Daly wrote in an email to The Associated Press on Monday. "At this point in time, we continue to believe that the negatives outweigh the positives."

At the same time, Daly raised another concern by suggesting the matter of Olympic participation might be easier to resolve if it were tied to ongoing negotiations to extend the league's collective bargaining agreement. The league and the players are scheduled to spend the next two days involved in CBA talks in Toronto.

NHLPA executive director Don Fehr responded by telling The AP that he hopes the NHL isn't moving the goal posts on the union in regard to the issue of Olympic participation, with the Beijing Games taking place before the current CBA expires.

"I can't figure out why anybody would not want to go and take advantage of this opportunity because it doesn't come around every day," Fehr told The AP by phone.

"We think and have always thought that a matter like this should be addressed on its own merits, and it seems to us that the merits on this one are crystal clear, pellucidly clear."

The setback in discussions comes a week after NHL and NHLPA officials attended a meeting in New York at which the International Ice Hockey Federation provided mostly verbal -- and a few written -- assurances addressing many of the concerns that prompted the league to decline to participate in the Winter Games in South Korea. The NHL participated in the previous five Olympics.

The long-standing issues IIHF chief Rene Fasel addressed included paying for players' travel and insurance costs. Another issue was providing the league and union access to video and images to allow both to market players.

Daly called the meeting "positive" but said the league continues to have "valid reservations" about how Olympic participation disrupts its schedule by requiring the NHL to shut down the regular season for two weeks once every four years.

Messages left with Fasel and the IIHF were not immediately returned.

Fehr was encouraged after the meeting.

"The impression I had coming out of the meeting was that there ought to be a way to get this done to everybody's satisfaction," he said.

Fehr said he doubted that the Olympics issue would be raised during talks this week, saying, "the NHL needs some time to go through and digest and think through what happened at the last meeting, as we do."

Although there's no firm deadline for the NHL to decide about sending players in 2022, Fehr said he hopes an agreement will be reached well before his term as IIHF chief expires in September.

Disagreement about Olympic participation has the potential to derail talks after both sides showed good faith in September, when they ensured three more seasons of labor peace by not using an opt-out clause. Such a move would have terminated the existing CBA in September 2020.

Anaheim Ducks captain Ryan Getzlaf wasn't surprised when informed that the NHL might attempt to fold Olympic participation into labor talks, given that a majority of players favor representing their respective countries.

"Why do you think that is?" Getzlaf told The AP with a laugh. "They're a business. If they put that into negotiations, that means it's a leverage chip for them that they're going to try to use against us."

New York Islanders NHLPA representative Anders Lee said the chance to compete in Beijing should be as important to the NHL as it is to the players.

"There's a lot of things that go into this, and there's a reason why China: It's a draw," Lee said. "It's a great thing for our game. That's why it's so important to both sides."

Fehr noted that the two sides have enough issues that need to be settled in negotiations without introducing competing in Beijing into the mix. He also noted, however, a desire to establish a long-term international calendar of events that would include Olympic participation and the revival of the league- and union-sponsored World Cup of Hockey, which was last played in 2016.

"We can only hope that as these discussions continue, whatever the initial reactions are will give way to the facts and circumstances," he said. "My view -- and this is a personal view -- you take advantage of the opportunities when they come."

Daly responded by saying Fehr is entitled to his point of view regarding the value of NHL Olympic participation.

"But so are our owners," Daly said. "We participated in five consecutive Olympic Games, beginning long before Don was involved in our league. We have a pretty good sense of the positives and negatives associated with participation."
Report a correction or typo
Related topics:
sportsespnnhlanders leeanaheim ducksryan getzlafnew york islanders
Copyright © 2021 ESPN Internet Ventures. All rights reserved.
More Videos
From CNN Newsource affiliates
TOP STORIES