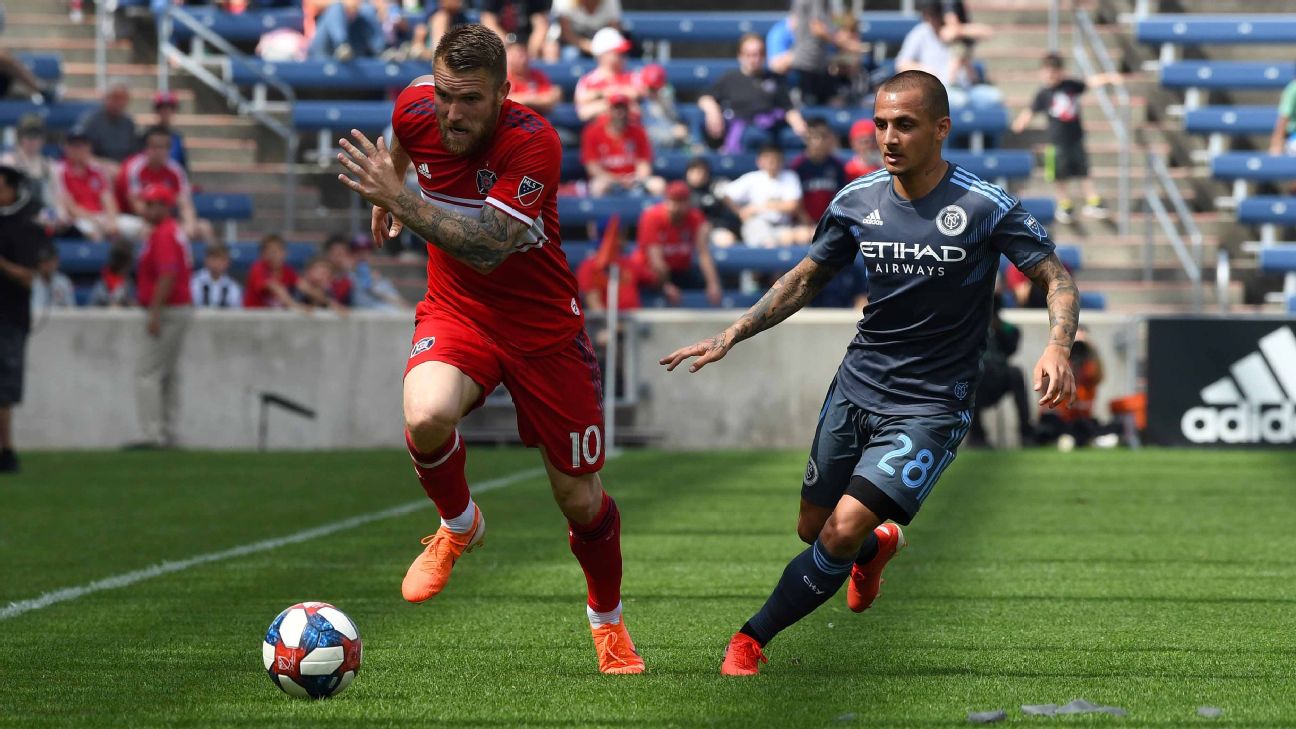 Alexandru Mitrita scored in his first start in more than a month and scored in New York City FC's 1-1 draw against the host Chicago Fire on Saturday.

Included in coach Dome Torrent's starting lineup for the first time since sustaining an ankle injury in a 2-0 victory at D.C. United on April 21, Mitrita played 89 minutes for the visitors, who extended their unbeaten streak to eight games.

His classy finish from outside the penalty area marked his third goal in MLS since the 24-year-old Romanian signed in February.

NYCFC (4-1-7, 19 points) has one game remaining on a four-match away stretch, at Columbus next Saturday, and then won't play outside the New York region until a trip to Colorado on July 20.

CJ. Sapong scored his fifth goal of the season for the Fire (4-5-5, 17 points), which had won their three previous home matches.

New York and Chicago finished Saturday's match with the first- and second-most draws earned in the Eastern Conference.

The Fire twice benefited from officiating decisions that were reversed following video review.

Originally, Sapong's 28th-minute opener was disallowed because assistant referee Frank Anderson ruled Brandt Bronico had strayed offsides in the buildup. Replays showed Bronico had held his run long enough before playing the cross, which Sapong bundled in and the goal was awarded.

Then in the 63rd minute, New York appeared to have gained an excellent chance to take the lead when referee Ramy Touchan awarded a penalty for Raheem Edwards' foul on Mitrita. But a video review showed the foul occurred outside the penalty area, and the decision was changed to a direct free kick, which Mitrita smashed into Chicago's defensive wall.

Between those incidents, New York tied the game without the need for a replay in the 40th minute. Maxi Moralez took Ronald Matarrita's pass from the left, and turned to find Mitrita. Then Mitrita unleashed a right-footed shot with his first touch that skipped off the grass and off the inside of the left post on its way past the diving Kenneth Kronholm. 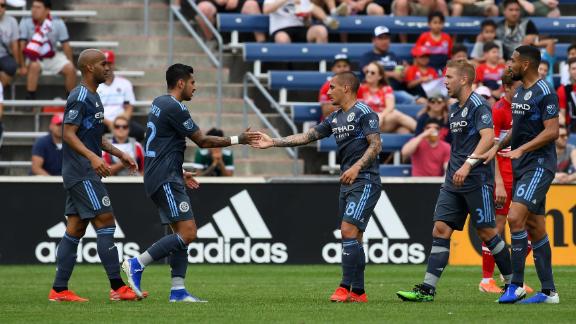